Welcome at the Tischlerei, our studio 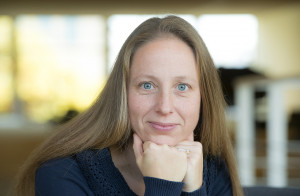 Since 2012 Dorothea Hartmann has been Deputy Head Dramaturg at the Deutsche Oper Berlin and Art Director of the Tischlerei, the opera house’s performance space for experimental theatre. She studied School Music at Freiburg University of Music and German Language and Literature and Theatre Studies in Freiburg and Vienna. From 2003 she worked in Mannheim, Linz and Hanover. In 2016 she became a trustee of the Children’s and Youth Theatre Centre Germany and a board member of the Dramaturgs’ Society.

“Encounters” is not only a key feature of the Tischlerei programme in November, when Arab, Iranian and European artists come together for a series of guest performances and their own projects. The word could well denote the entire Tischlerei programme per se. All the goings-on in the Tischlerei performance space – grappling with what is foreign and unfamiliar, cross-discipline work, cross-fertilisation between avant-garde, pop, rock, performance art and opera, the expansion of the classical concept of the auteur – also represent encounters between mutually alien cultures, all with the aim of reinventing musical theatre outside of ideological pigeonholes.

So it is that we again invite you to savour an assortment of encounters. Zad Moultaka, a composer who divides his time between Beirut and Paris, comments on and reworks Georg Friedrich Händel, juxtaposing in DELIRIO his own musical language with that of the baroque composer. The AMBUSHED FROM BEHIND series finds an eclectic group of guest artists responding to the opera premieres on the main stage and collaborating with Ensemble members to present their own performance evenings. French composer François Sarhan is known for his surreal fantasies and in the Tischlerei has been creating his first-ever piece for children: NACHT BIS ACHT. In our NEW SCENES series three young writers meet the winners of the international composition competition of the same name on a quest for new forms of contemporary opera.

And it goes without saying that the popular “Tischlerei Concerts” and “Jazz & Lyrics” will again be presenting a raft of new performance line-ups. And last but not least, our Young Opera has been focusing in its own way on intercultural projects. We invite you to be curious and see what all these encounters are about.

Let us surprise you!

See you soon,
Dorothea Hartmann, Artistic director of our studio