In view of the current development of the pandemic, the “Pilot Project Testing” continues to be paused and we cannot yet be given a replacement date for the unfortunately cancelled performance “Francesca da Rimini” on 4 April 2021, we ask all ticket holders to cancel their tickets. For this purpose, you can use the refund form on the website as well as contact our telephone ticket service at +49 30 343 84 343. We apologize for the inconvenience and the disappointed hope and will do our utmost to be able to offer you performances again in this or another form as soon as possible! All about the project can be found here.
Sun 04.04.2021 - 18:00 h
25,00 €

Access to the performance only with 1.) your personalised ticket, 2.) the valid and personalised SARS-CoV-2 antigen test and 3.) your identity card. An FFP2 mask has to be worn during the entire performance and all other hygiene rules have to be observed.

Tragedia in four acts by Riccardo Zandonai [1883 – 1944]
Libretto by Tito Ricordi based on Gabriele D’Annunzio's poem
First performed on 19th February, 1914 at the Teatro Regio in Turin
Premiere on the Deutsche Oper Berlin on 14th March, 2021

In 2018 Christof Loy collaborated with Marc Albrecht (conducting) and Sara Jakubiak (in the title role) to stage Erich Wolfgang Korngold’s THE MIRACLE OF HELIANE on the stage of the Deutsche Oper Berlin. The production picked up two awards: “Rediscovery of the Year, 2018” as voted by Opernwelt magazine, and an OPUS KLASSIK prize as “Best Live Recording of 20th/21st-Century Opera” awarded for the DVD released under the NAXOS label.

Christof Loy and Sara Jakubiak are now teaming up again for Riccardo Zandonai’s FRANCESCA DA RIMINI, another work revolving around a psychological study of a strong, non-conformist woman rejecting the strictures of a moralising society.

Riccardo Zandonai (*1883) studied under Mascagni and in 1910 was a rising star in the firmament of Italian opera. Tito Ricordi, his publisher, was mapping out a career for him that mirrored the one his father Giulio Ricordi planned for the young Puccini. To achieve his goal Ricordi spared no expense or effort, paying an astronomical price for the rights to a scandalous contemporary play as the basis for Zandonai’s new opera: Gabriele D’Annunzio’s five-act drama “Francesca da Rimini”, which premiered in Rome in 1901 with Eleonora Duse in the title role. Gabriele D’Annunzio in turn had based his “Francesca da Rimini” on a fragment from Dante’s “Divine Comedy”, a big theme in 19th-century works of the Romantic period. The storyline featured brutal passions, blood-drenched, civil-war scenes, an adulterous couple caught in the act and their self-destructive love affair culminating in double murder motivated by jealousy. Audiences and critics may have been divided, but D’Annunzio’s fin-de-siècle-esque “Poem of blood and lust” created waves in the artistic community of the day.

The 31-year-old Riccardo Zandonai saw the play as his springboard to a full-scale opera florid in colour and with a musical language that fused a raft of different styles and periods. And so it was that Zandonai ploughed his own furrow in European musical theatre, swerving between echoes of Renaissance madrigals, the hard edge of verismo, Wagner’s TRISTAN AND ISOLDE as his guiding exemplar, and the French Impressionism of a Debussy.

The opera centres on three brothers, all of whom fall for the same woman. Francesca, a member of the Polenta family of Ravenna, is set to be married into the Malatesta dynasty in Rimini. However, her groom-to-be, Giovanni, is old and unattractive and can’t bring himself to court the damsel in person, so he sends his handsome brother Paolo as a front for his advances. Francesca unwittingly falls in love with Paolo and signs the nuptial agreement. Living in matrimony with her unwanted husband in the Malatesta household, she plunges into a fiery affair with Paolo, a helter-skelter of adoration and strife in equal measure. Francesca is presented at once as victim and as perpetrator, as lover with a death wish and powerful seductress, who also succumbs to the machinations of the third, sadistic brother in the family. The full potential of the opera’s female character consists in her complex and contradictory personality, which swings between devotion and destructive forces. Francesca is on a constant quest for inner peace.

Strict hygiene regulations and daily Covid tests for all concerned were the order of the day as the production took shape at the Deutsche Oper Berlin. The tight regime meant that people could interact slightly more closely and the on-stage artists could dispense with mask-wearing. The orchestra of the Deutsche Oper Berlin is at full strength here, with the musicians subject to the same hygiene regimen and daily testing. The chorus is not physically present; its singing is transmitted live from the rehearsals room to the stage. 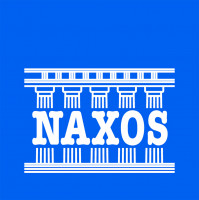 Riccardo Zandonai's opera FRANCESCA DA RIMINI will be recorded for livestream and DVD. We thank our cooperation partners NAXOS, takt1 and Deutschlandfunk Kultur.