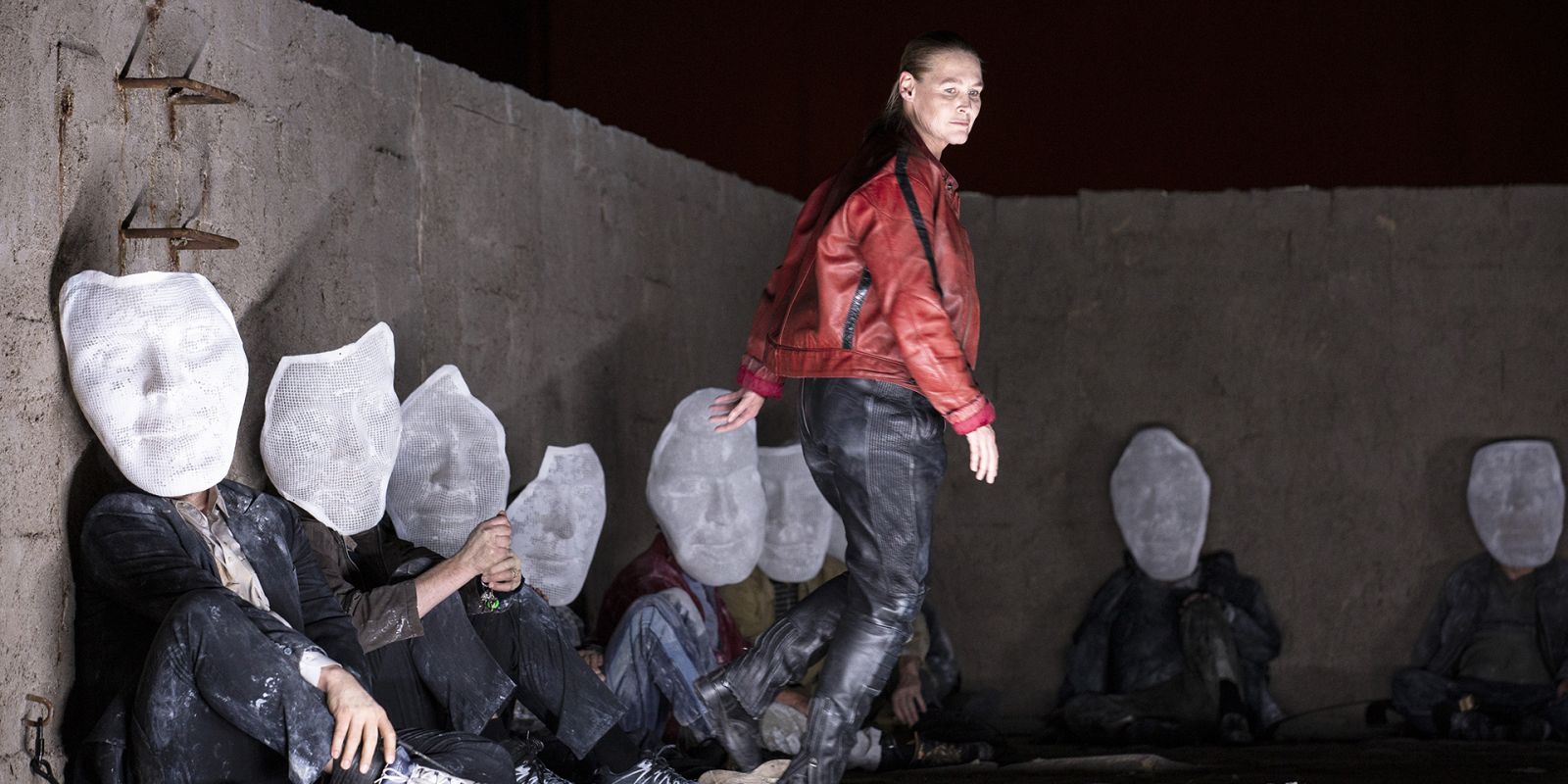 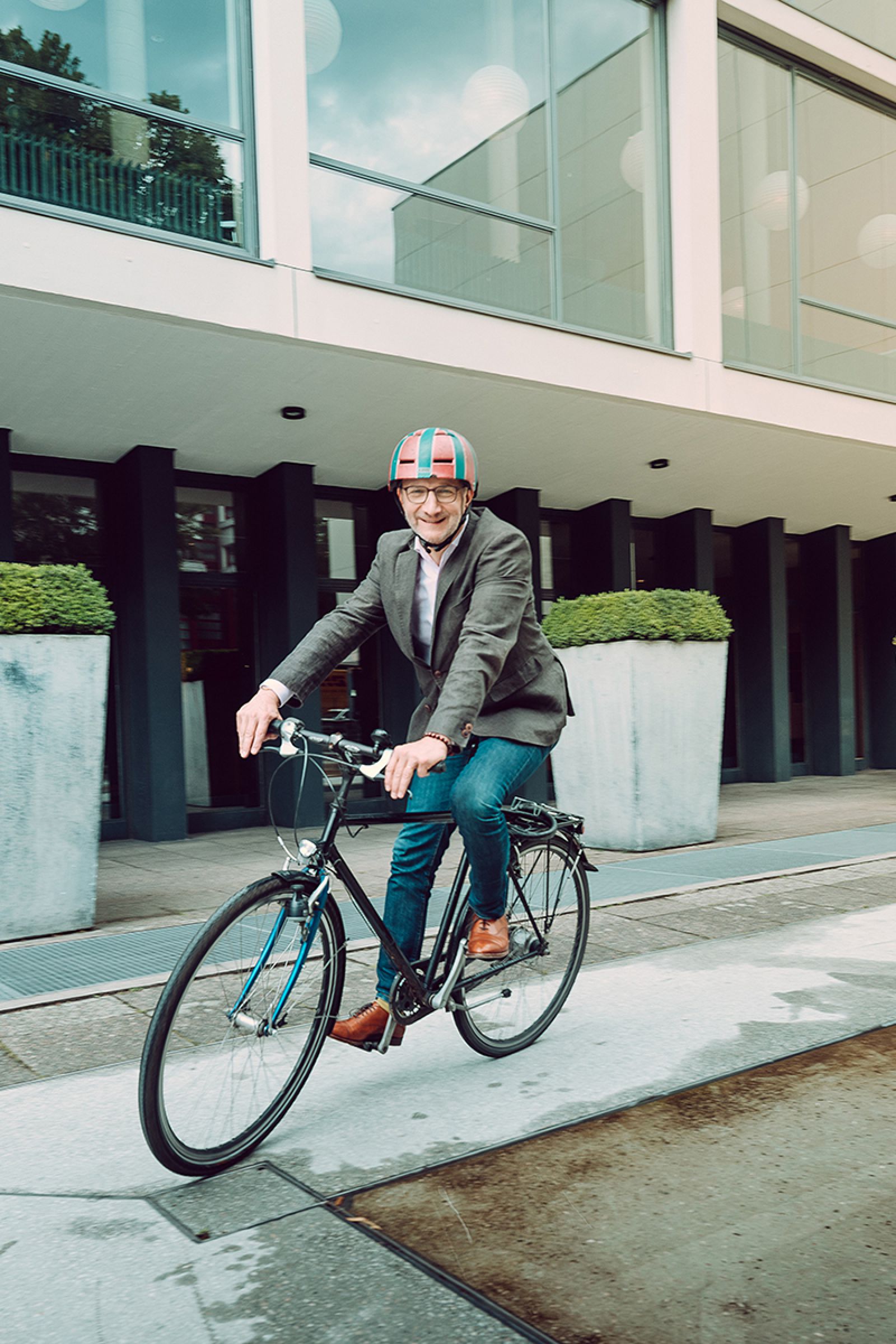 Opera and theatre not only give us precious hours to forget our everyday worries, they also offer us a chance to explore the meaning of our life, the fragility of our notions of happiness and our longing for a better world. The diverse new productions we offer you this season reflect this. Bach’s Saint Matthew Passion, Beethoven’s FIDELIO and Verdi’s SIMON BOCCANEGRA are confessional works, each in its own way. And just as Richard Strauss’ ARABELLA questioned one hundred years ago how we should live in a world which has lost its moral compass, today the composer Giorgio Battistelli asks how social change is possible in IL TEOREMA DI PASOLINI. Good musical theatre must ask questions. Every viewer, however, must find their own answers, for an evening at the opera leaves each of us with different feelings and thoughts. – We look forward to seeing you, your Dietmar Schwarz
read more
Performances 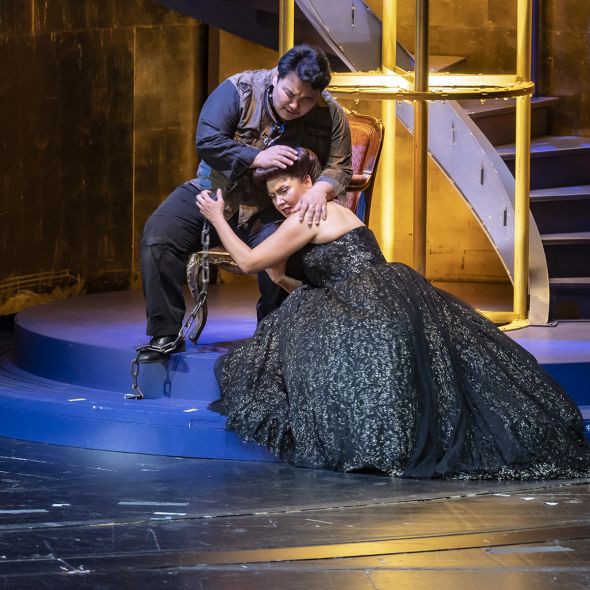 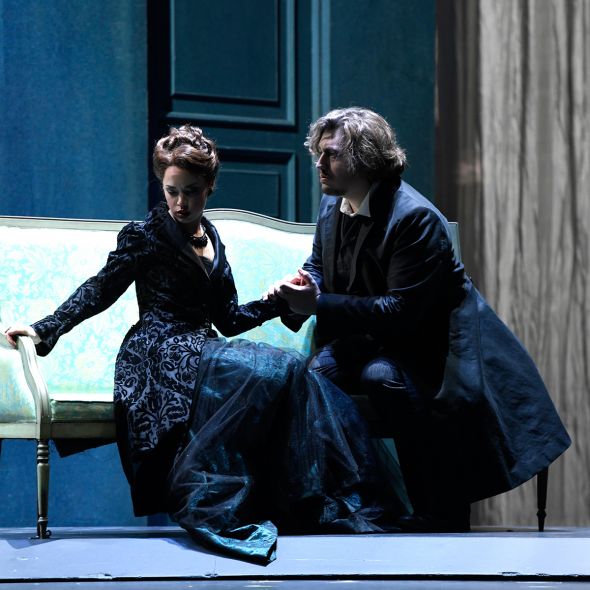 With his opera, Offenbach created a lasting monument to the enthusiasm for the poet E. T. A. Hoffmann. As the protagonist of his own stories, the poet pursues the excesses of his imagination between alcohol and the pain of love, singing puppets and visions of horror. Laurent Pelly's production combines magical stage effects with nuanced direction of the characters ... Conductor: Markus Stenz / Dominic Limburg; Director: Laurent Pelly; With Robert Watson / Oreste Cosimo, Kathryn Lewek, Byung Gil Kim, Stephanie Lauricella a. o.
To the performances
Buy tickets 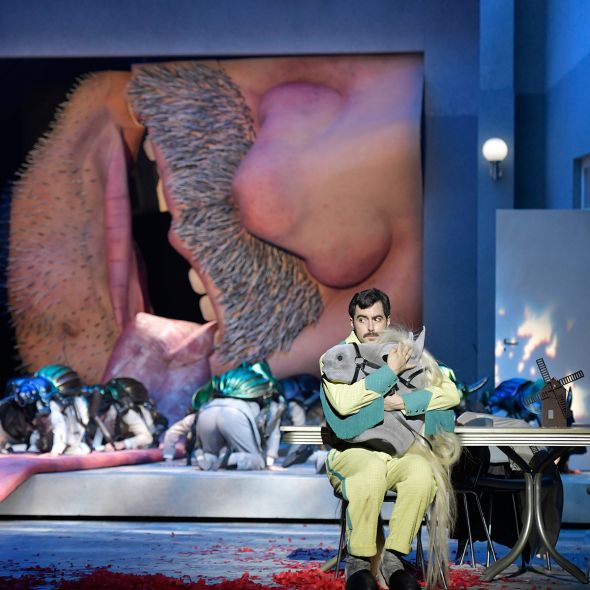 Few fictional characters are as celebrated as the »Knight of the Sorrowful Countenance«. And nowhere is the Man of La Mancha as gloomy as he is in Massenet’s work. Jakop Ahlbom’s production presents a collision between the eponymous hero’s fantasy world and the harsh reality of life – and also pulls off astonishing tricks to generate some enchanting moments of musical theatre ... Conductor: Daniel Carter; Director: Jakop Ahlbom; With Patrick Guetti, Misha Kiria, Maire Therese Carmack a. o.
To the performances
Buy tickets 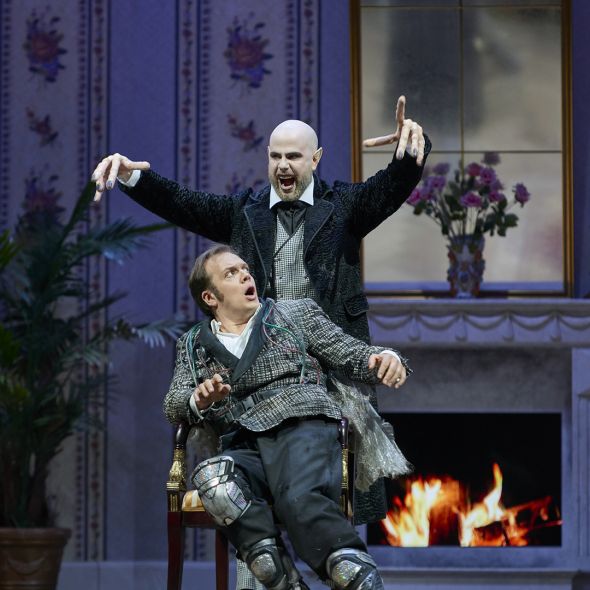 Villazón stages this perfect operetta between cork popping waltz bliss and relentless social satire as a whimsical walk through the ages: The boulevard theatre of the 19th century is as much the inspiration as Billy Wilder and the world of science fiction according to the motto "there is always love and deception" ... Conductor: Yi-Chen Lin; Director: Rolando Villazón; With Thomas Blondelle / Burkhard Ulrich, Flurina Stucki / Hulkar Sabirova, Karis Tucker / Annika Schlicht, Jorge Puerta / Attilio Glaser, Philipp Jekal / Thomas Lehman, Katerina von Bennigsen / Meechot Marrero, Ingo Paulick a. o.
To the performances
Buy tickets 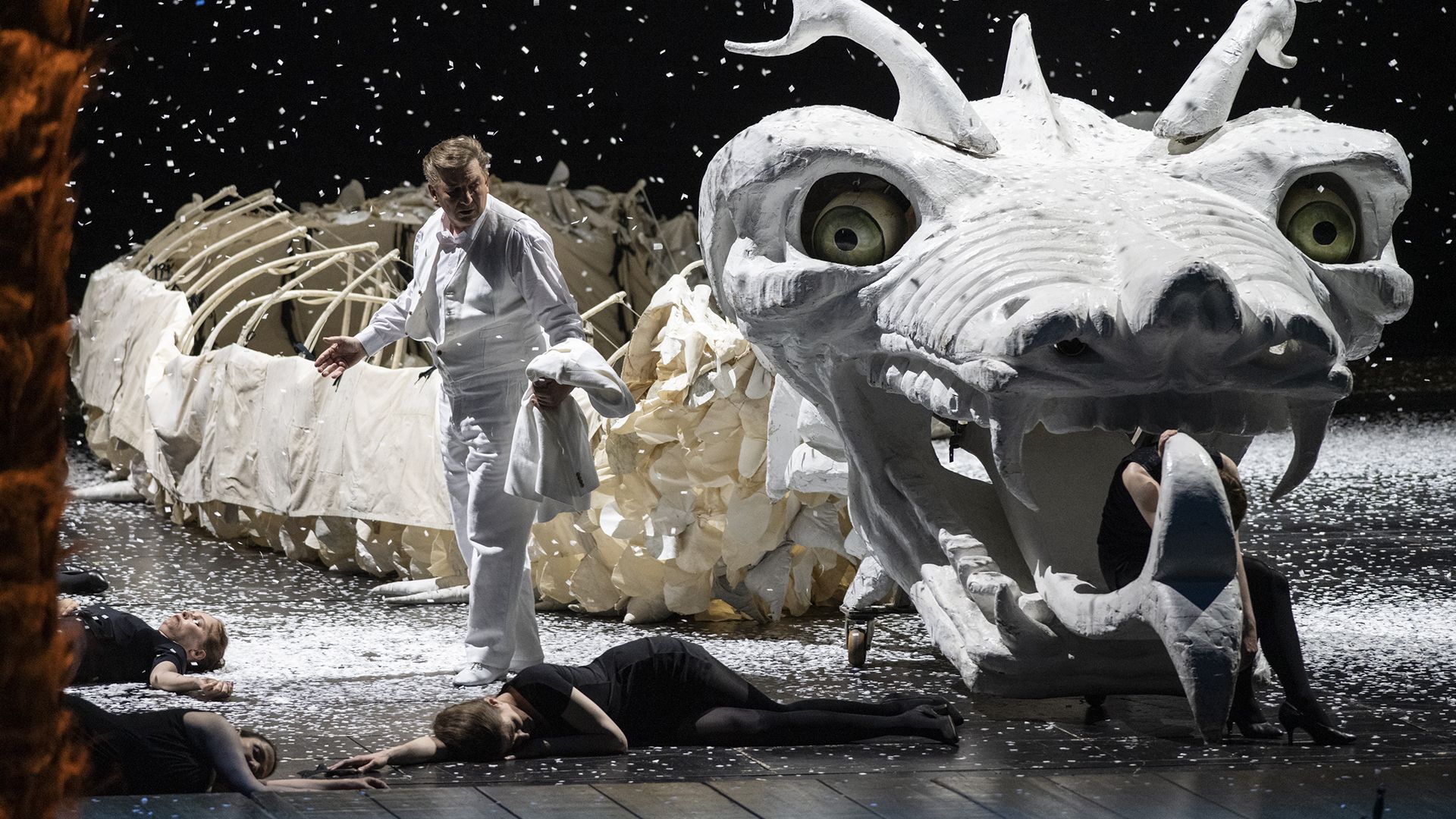 In its mixture of Viennese folk theatre, Masonic mystery and fairy tale, this opera by Wolfgang Amadeus Mozart is probably the most performed in the German-speaking world and, in Günter Krämer's colourful, highly visual production, a favourite of our audience ...
To the performances
Buy tickets 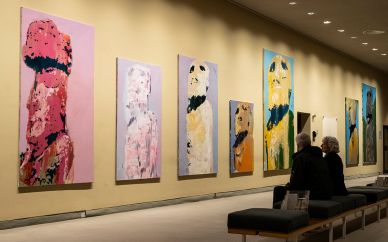 For her “Check In” exhibition Berlin artist Tatjana Doll has selected a striking series of 40 pictures, which she has labelled “Dummy_Akku-Akku”. Ranging in size from large to very large, the pictures present the mystical stone figures of Easter Island, the moai, as powerful self-portrayals. Doll’s artworks were produced between 2014 and 2022. For our blog she spoke to Jörg Königsdorf about the Akku-Akkus and her foyer exhibition.
read more 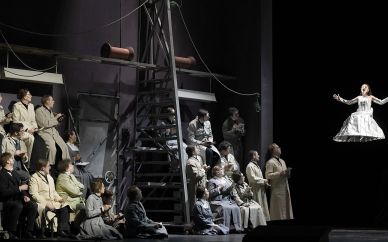 Man, machine, doll? Olympia rises up as if by magic in Laurent Pelly’s production of LES CONTES D’HOFFMANN ... Opera brings to the stage characters and ideas that dispense with all pretence of rationality. Why does that rivet us so? Dramaturg Sebastian Hanusa on the fabulous and wondrous machine that is opera.
Read in our blog
Les Contes d'Hoffmann 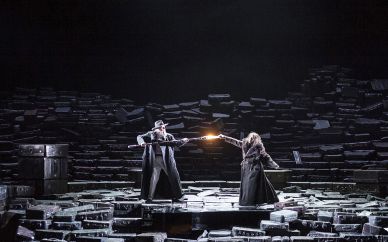 At the Deutsche Oper Berlin, Sir Donald Runnicles and Stefan Herheim have now taken on the task of translating the world of thought of Wagner's tetralogy into the 21st century. True to Schiller's dictum that man is only fully human where he plays, Herheim develops the beginning of the tetralogy from the act of playing. Through the playful execution of the myth, society finds itself and its values, which are, of course, only valid as long as the play lasts and therefore have to be found anew again and again. Elisabeth Teige, Iain Paterson, Brandon Jovanovich, Nina Stemme, Clay Hilley, Albert Pesendorfer and others sing and play.
Order now from Naxos 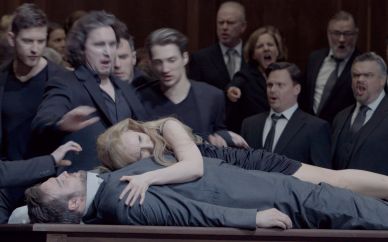 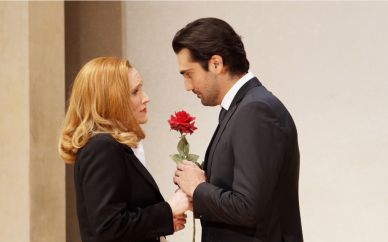 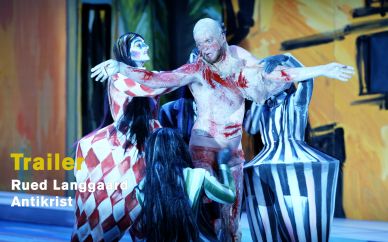 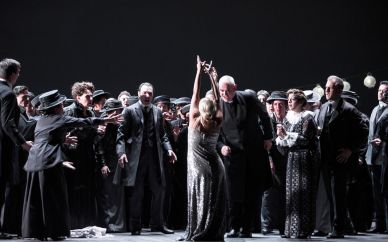 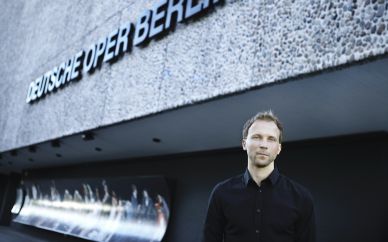 Prison as a private function

Director David Hermann explores the theme of imprisonment with his production of FIDELIO – and asks: What price freedom? ... Beethoven and his librettists display a finely tuned sensibility to the social structures of the prison, with its rules, its dynamics of dependency, its hierarchies and power disparities. David Hermann is interested in what this system does to the people associated with it for whatever reason, be it involuntarily as convicts or as warders and employees acting ostensibly as free agents.
David Hermann in the blog
Fidelio 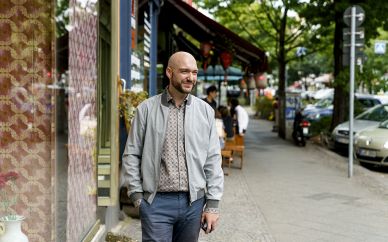 Attilio Glaser … My private place of peace: The Spontan Coffee in the Moabit district of Berlin 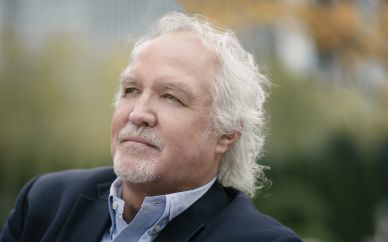 No Wagner without Beethoven

»I refuse to accept boundaries between symphonic music and musical theatre. Every orchestra, every piece of music sings – whether there is a singer involved or not. Music breathes, the audience breathes with us, and I always try to make the orchestra sing. In his Ninth Symphony, Beethoven opened symphonic music to human voices, an epochal decision. FIDELIO is equally ground-breaking. It is the story of a liberation, one we have to keep telling as long as people suffer imprisonment. Not only in his music, but also in content, Beethoven is more topical than ever.«
Donald Runnicles in the blog
Fidelio 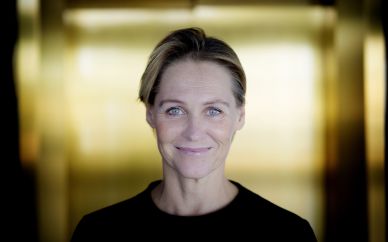 In FIDELIO soprano Ingela Brimberg interprets a heroine who is one of a kind in the world of opera: self-determining, courageous, free
Read in our blog
Fidelio 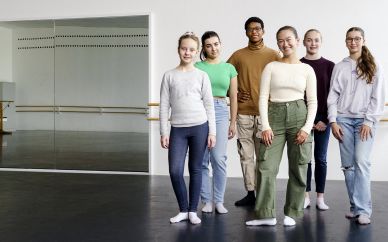 School children from the Kinder Ballett Kompanie Berlin are working on a ballet version of PETER PAN. We asked some of them what they’d like to be when they grow up. Recorded by Carla von Braha, who plays Captain Hook.
Read in our blog
Peter Pan 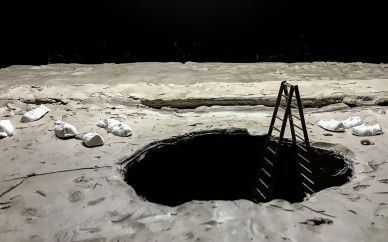 Johannes Schütz covers the stage in clay for FIDELIO. The stage set is a reflection on the systemic nature of the prison environment
Read in our blog
Fidelio

The whole world of classical music: The new ClassicCard App! 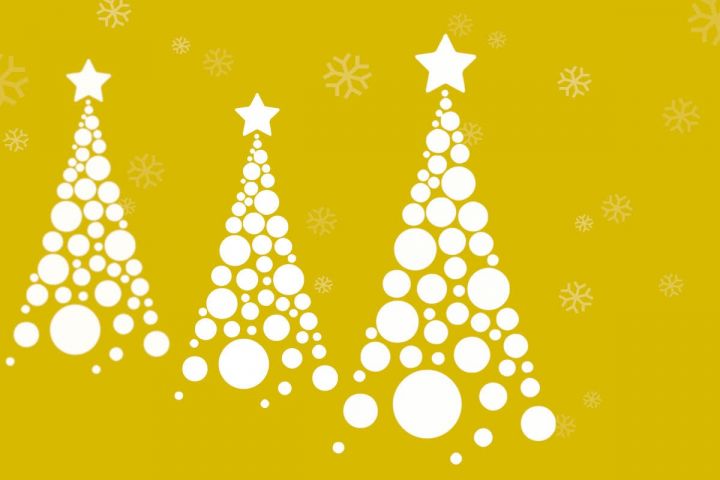