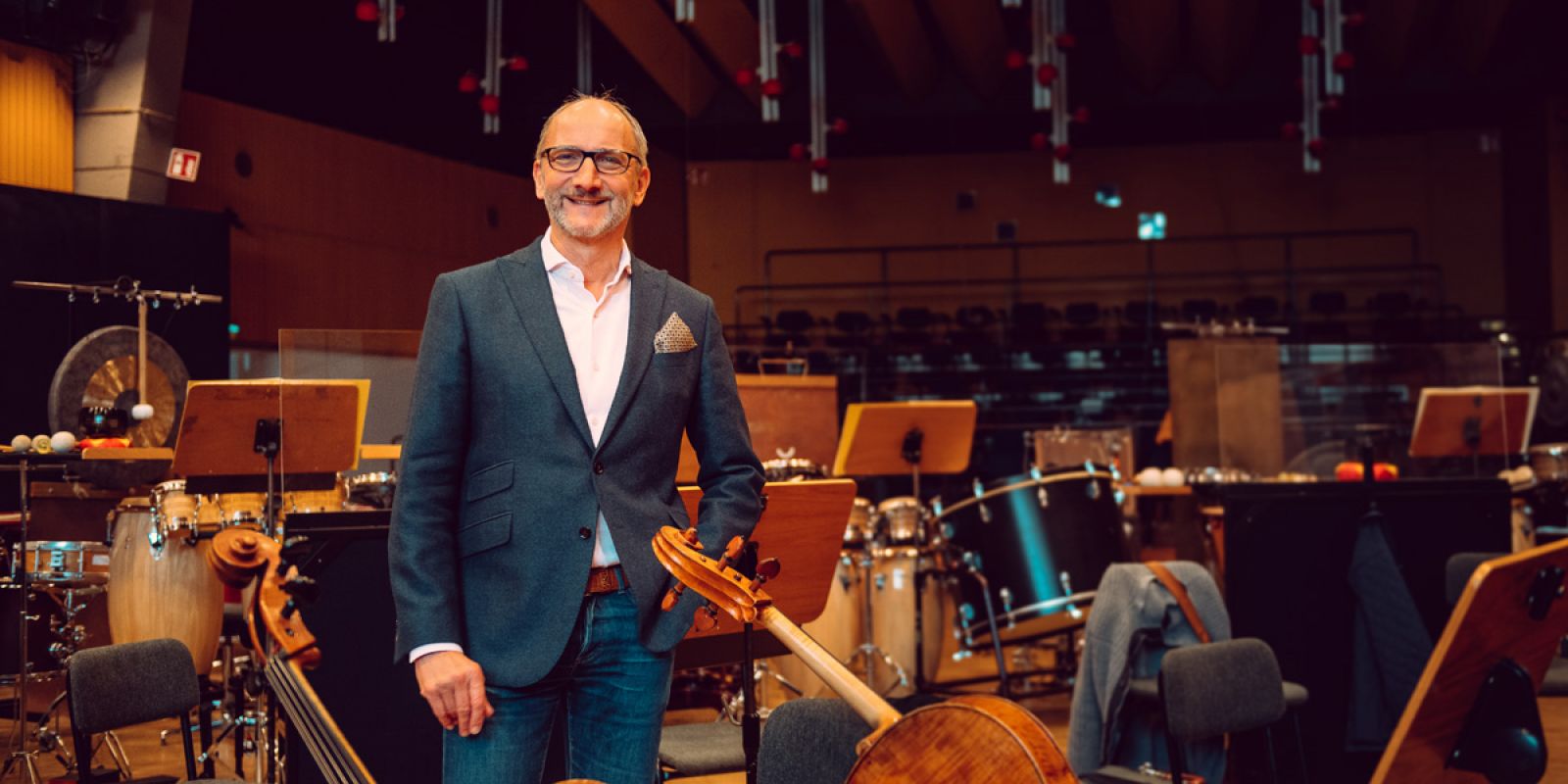 As people who commute to work at an opera house, our day job consists of channelling our energies and enthusiasm into using music and drama to tell stories. But in addition to this we all nurture a secondary passion – a desire to simply play music straight, to enjoy it for its own sake without the costumes and stage set. This can be in the form of jazz, kunstlieder, chamber music or the full-bodied sound of the orchestra delivering a symphony. The Deutsche Oper Berlin provides a space for all these initiatives, material that includes chamber music concerts in the Tischlerei, the “Songs and Poets” and “Jazz & Lyrics” programmes, and concerts on the main stage given by our orchestra and the BigBand ... We look forwards to seeing you, Your Dietmar Schwarz 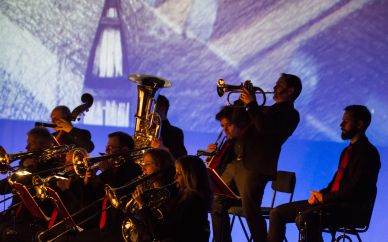 The BigBand of the Deutsche Oper Berlin presents six jazz concerts of a special kind on the parking deck and in the Tischlerei: with readings, dance, film or drama. With music by Cole Porter and George Gershwin, they travel to Broadway, only to devote themselves to songs by Prince or James Brown one day later at the Funky Dance Night. A tribute to Ella Fitzgerald is on the programme as well as a soul journey to Ray Charles or Michael Jackson. Guests such as Atrin Madani, Pat Appleton, Storm, Mette Nadja Hansen, Imogen Kogge or Worthy Davis will be part of the party. There are also two concerts for children again: "The Ballad of Robin Hood" takes you deep into the forests of Nottinghamshire, where it searches for and finds the legendary champion of justice beyond the traditional mainstream.
To the Jazz Festival 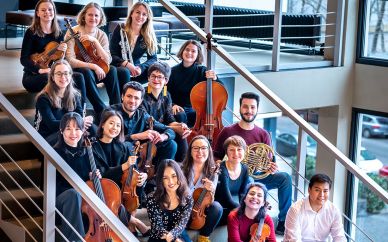 Chamber music is of great importance within the framework of the Orchestra Academy. That is why the academy members are integrated into the chamber music series with their own concert every season. Experience the young musicians in the spotlight and hear works by Giovanni Bottesini [1821 - 1889], Franz Schubert [1797 - 1828] and Steven Verhelst [*1981], among others.
To the concert
About the Academy
concerts and recitals 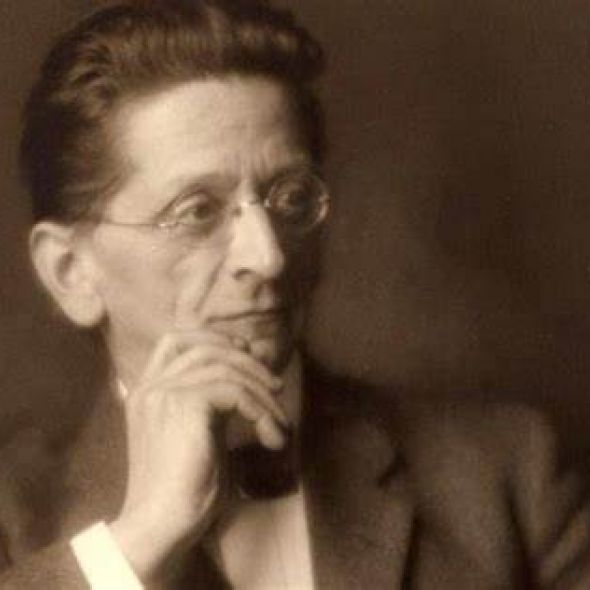 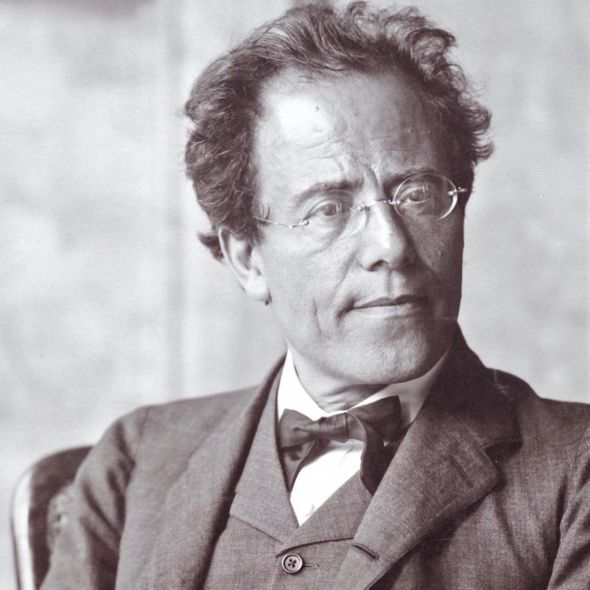 Mahler's "Resurrection" is the most popular of his symphonies, in which the existential questions of humanity are negotiated in solos and choruses ... Conductor: Sir Donald Runnicles; Chorus Director: Jeremy Bines; With Heidi Stober, Karen Cargill
To the concert
Buy tickets 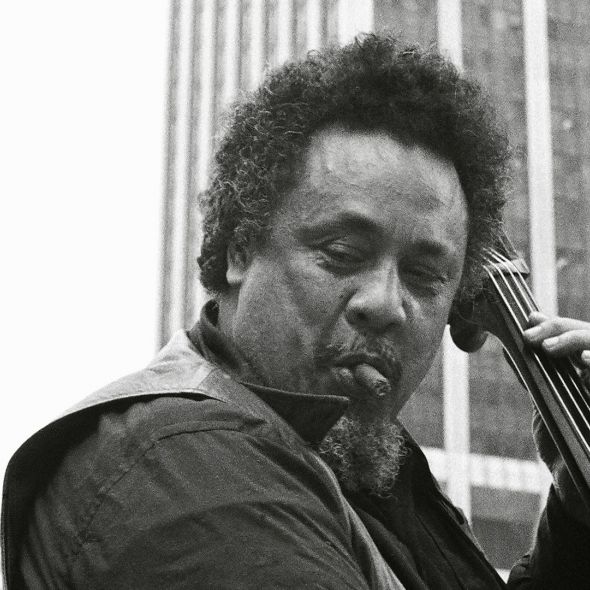 The bassist Charles Mingus (© Thomas Marcello), one of the great icons of jazz, composed an unusual suite in 1962, half jazz, half new music. First performed in 1989, this full-length work has cult status, but is rarely heard in the concert hall ... Conductor: Titus Engel; With Randy Brecker, among others
To the concert
Buy tickets 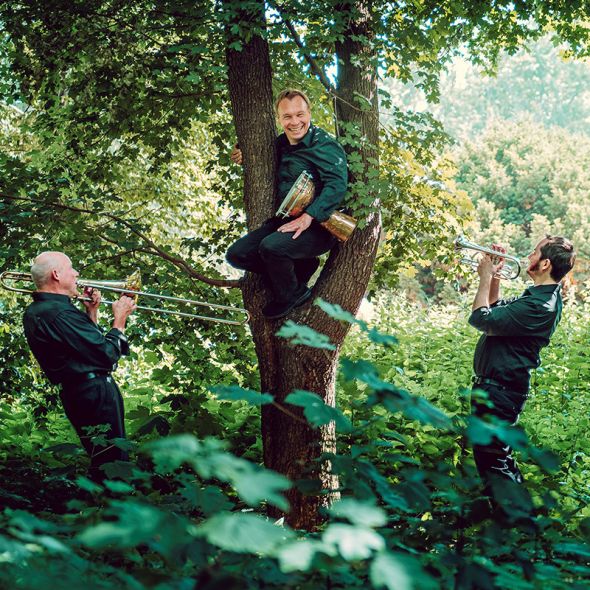 The Ballad of Robin Hood

Jazz music is not just for adults: composer Martin Auer, reciter Simon Jäger and the Wilde Jazzorchester search for the legendary champion of social justice beyond the traditional mainstream.
To the concert
Buy tickets 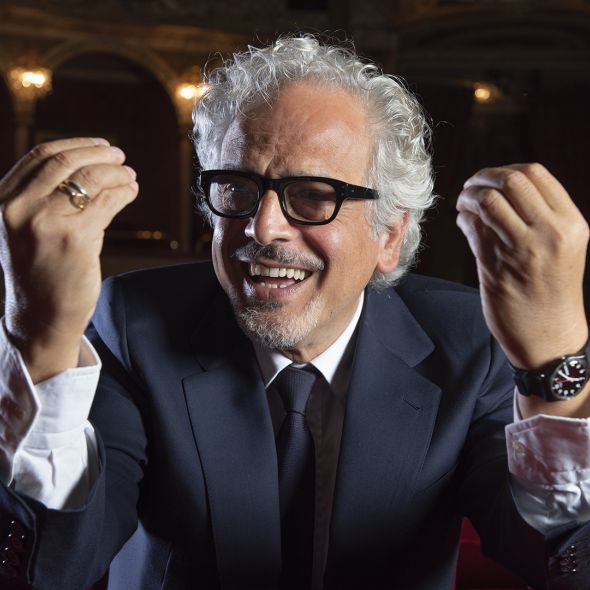 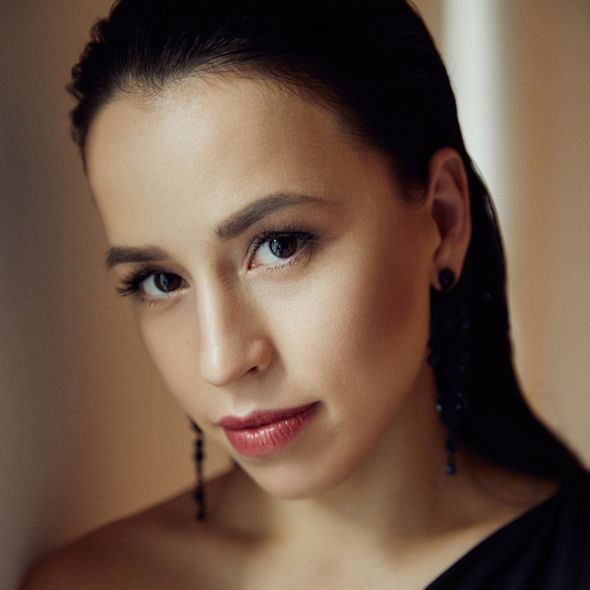 The story of the young Hindu priestess who falls in love with an English colonial officer and eventually goes to her death is great opera cinema and is still able to go to the heart today ... Conductor: Daniela Candillari; Choirs: Jeremy Bines; With Josh Lovell, Dean Murphy, Aigul Khismatullina, Karis Tucker a. o.
To the concert
Buy tickets 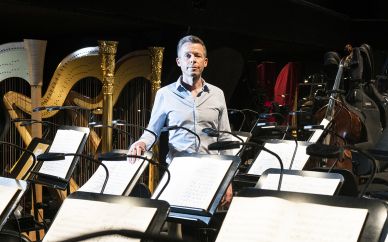 On the renovation of the orchestra pit

Adieu to the aquarium

During the first two months of the 22/23 season, we will not be able to play in the Great Hall because the orchestra pit there is being renovated. Orchestra manager Axel Schlicksupp tells you why he is looking forward to the new orchestra pit.
read more 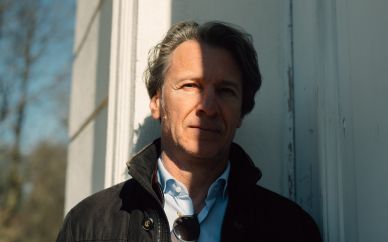 When violence makes a man sexy

In A FLORENTINE TRAGEDY it’s the survival of the fittest. And anything goes – including murder. And the girl? She thinks it’s great. Conductor Marc Albrecht peers into the abyss ...In the performance at the Konzerthaus, Marc Albrecht conducts Alexander von Zemlinsky's one-act opera, Alban Berg's "Seven Early Songs" and Erich Wolfgang Korngold's suite from the music of Shakespeare's "Much Ado About Nothing".
Read in our blog
To the concert 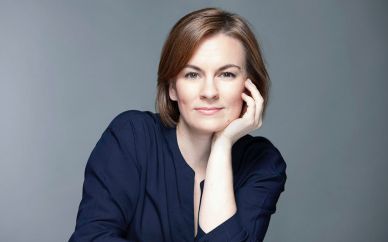 When Europe dreamed of the exotic

Léo Delibes' LAKMÉ has accompanied Daniela Candillari since childhood. She is now conducting the opera in Berlin for the first time, with the chorus and orchestra of the Deutsche Oper Berlin in the Berlin Philharmonie ... In the blog article she talks about her emotional connections to this work. Josh Lovell and Aigul Khismatullina also have their say.
Read in our blog
To the concert 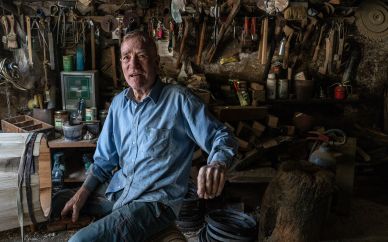 The sound of an Italian village in the morning

Alfredo Sannibale (© Karl Mancini) in his workshop, where his grandfather already worked. As a young man, the barrel maker took part in the world premiere of EXPERIMENTUM MUNDI - now the now 75-year-old is coming to Berlin with colleagues from his home village ... The notion of having tradesmen from his native village appear on an opera stage made the Italian composer Giorgio Battistelli famous around the world – and now in Berlin in a guest performance at the Haus der Berliner Festspiele.
Read in our blog
Experimentum Mundi 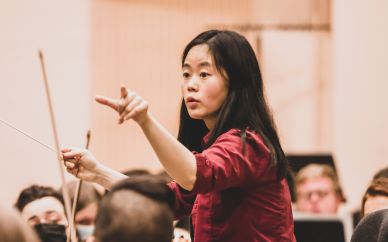 Tightrope acrobatics for the voice

Rossini's title character is entangled in deep power intrigues and family conflicts, which gave the composer the opportunity for abysmal madness scenes, richly ornamented oaths of love and fiery revenge arias. The result was "the last opera of the great Baroque tradition, the most beautiful, the most imaginative, possibly the most perfect; but also - irretrievably - the last" (Rodolfo Celetti) ... Yi-Chen Lin, Riccardo Fassi and Beth Taylor talk about their relationship to this work.
Read in our blog
Semiramide 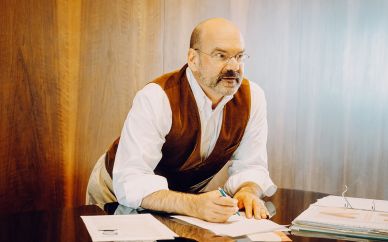 Does the voice have what it takes?

They come from all over the world and appear night after night on the stage of the Deutsche Oper Berlin: young singers who complement and complete the ensemble of the Deutsche Oper as scholarship holders. Opera director Christoph Seuferle on the art of recognising the singing stars of tomorrow ... Get to know the young artists at the OPERA LOUNGE on the parking deck.
Read in our blog
Opera Lounge 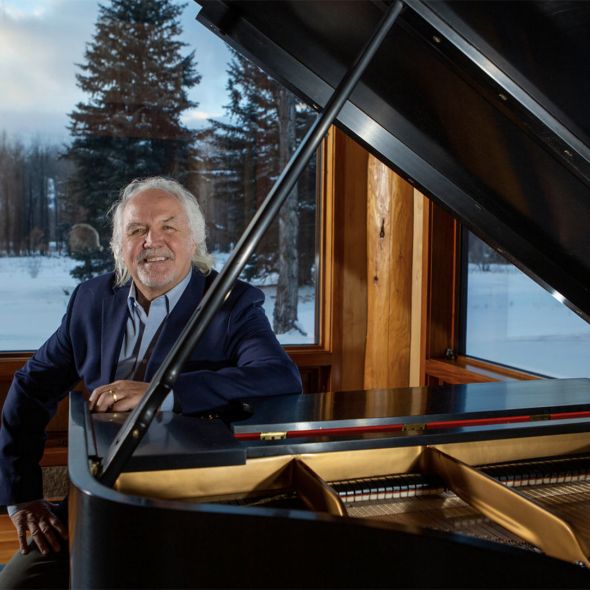 Since 2009 our General Music Director 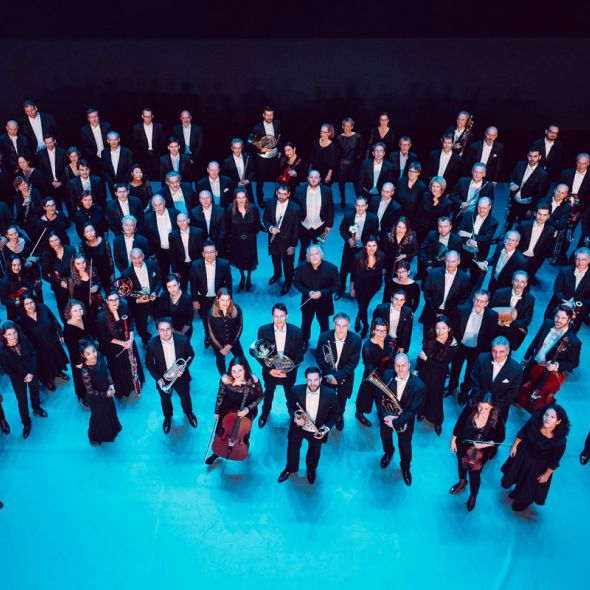 The musicians are together

The Orchestra of the Deutsche Oper Berlin

The orchestra is looking for

Musicians aged 26 and under have the chance to learn important repertory works in our orchestra and get a taste of life as a pro.
Read more

It began with Furtwängler and Walter. Then came Sinopoli, Mehta, Thielemann and Runnicles. The orchestra is one of the top addresses in the world of opera.
History of the orchestra