Gidon Saks – A place of serenity for my soul … Trinity College

Bass-baritone Gidon Saks sings Hagen in Wagner’s TWILIGHT OF THE GODS. On the banks of the Thames he reflects on the heroes of the Nibelung myth.

My private place of peace is Trinity College of Music in Greenwich. It’s in the south east of London, right on the south bank of the river, which makes a huge, sweeping bend at that point. At the moment I’m teaching at the college and directing an evening of performances of works by Beaumarchais, Massenet and Corigliano. Which means I’m on the premises every day, part of which I spend chilling on a bench and just watching the river flow past. 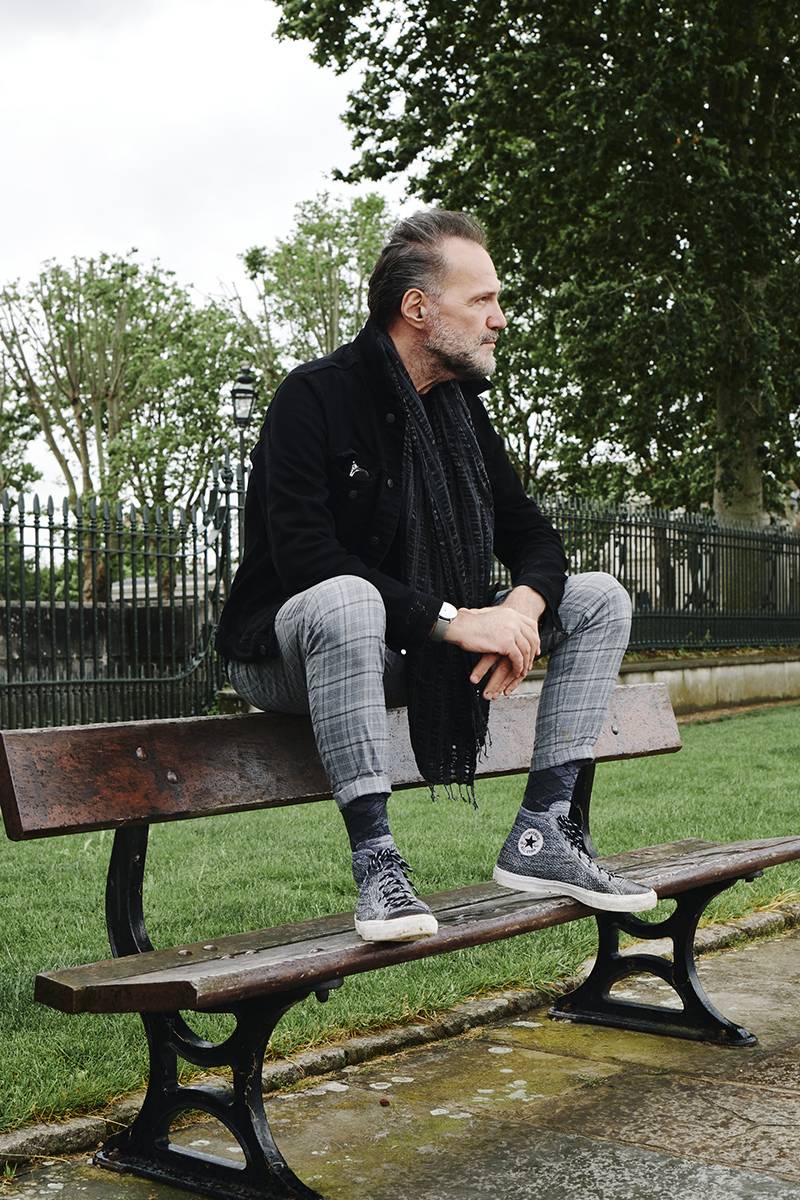 That’s where I do my relaxing, ruminating and surrendering to my fantasies. It’s kind of a ritual for me. I’ve come to really need it, taking my time and just gazing at the spectacle. The college was built in the 17th century, a gorgeous baroque complex, but across the river, in the distance, you’ve got the City skyline with its silver-grey skyscrapers, where the big multinationals wield money and power.

Where I’m sitting, on my side of the river, the world is as it should be. The water and nearby flowers and bushes always smell good and fresh. The Thames can sometimes assault the nostrils, but never at this point. Here I feel good and also free. Even if I occasionally lose track of time, in two minutes max. I can be back in the classroom leading a seminar. I can even see my bench from my window; it’s always there for me. 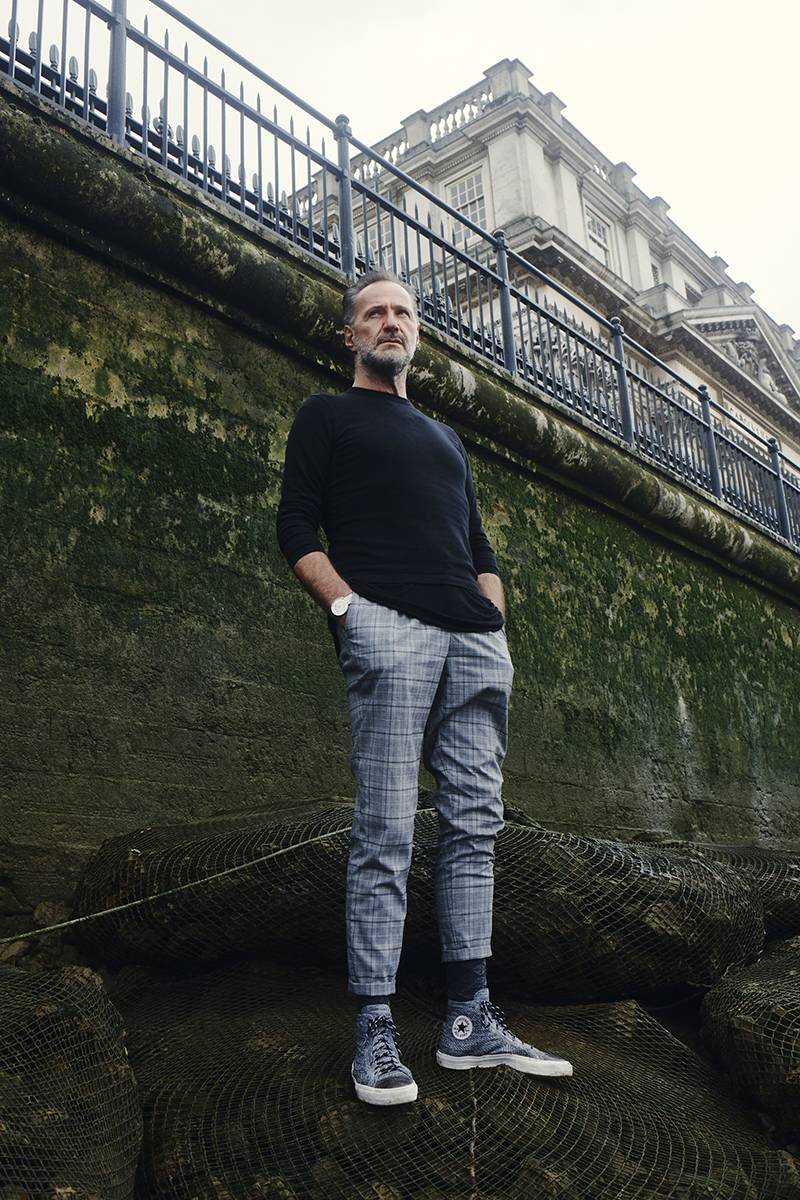 Here, on the banks of the Thames, it smells of fish, algae and old buildings – the ideal spot for Gidon Saks to reflect on baddies © Danny Lowe

I used to look up at the old Trinity College buildings as I passed them on board a cruiser. I’m not a great fan of the London Underground and the trains in general and always used to take a boat connection from Westminster to Greenwich. The trip takes an hour and is a wondrous, breathtaking experience. You go past Big Ben and under Tower Bridge and through the Docklands. It’s a pity the boat doesn’t continue to Kent, where I live.

Nowadays I often chill out here on the bank, memorising music, learning my lines or making notes. I’ve even nodded off a couple of times, which was very nice. It’s nice and quiet in the area at this time of year because there are fewer tourists. Greenwich market – the oldest in London – is close by, as is the Cutty Sark clipper, a famous museum ship from the 19th century. I checked it out a few times when I was getting into my role as John Claggart in Benjamin Britten’s BILLY BUDD. The Maritime Museum is very apt, because Britten’s opera is set on a man-of-war. 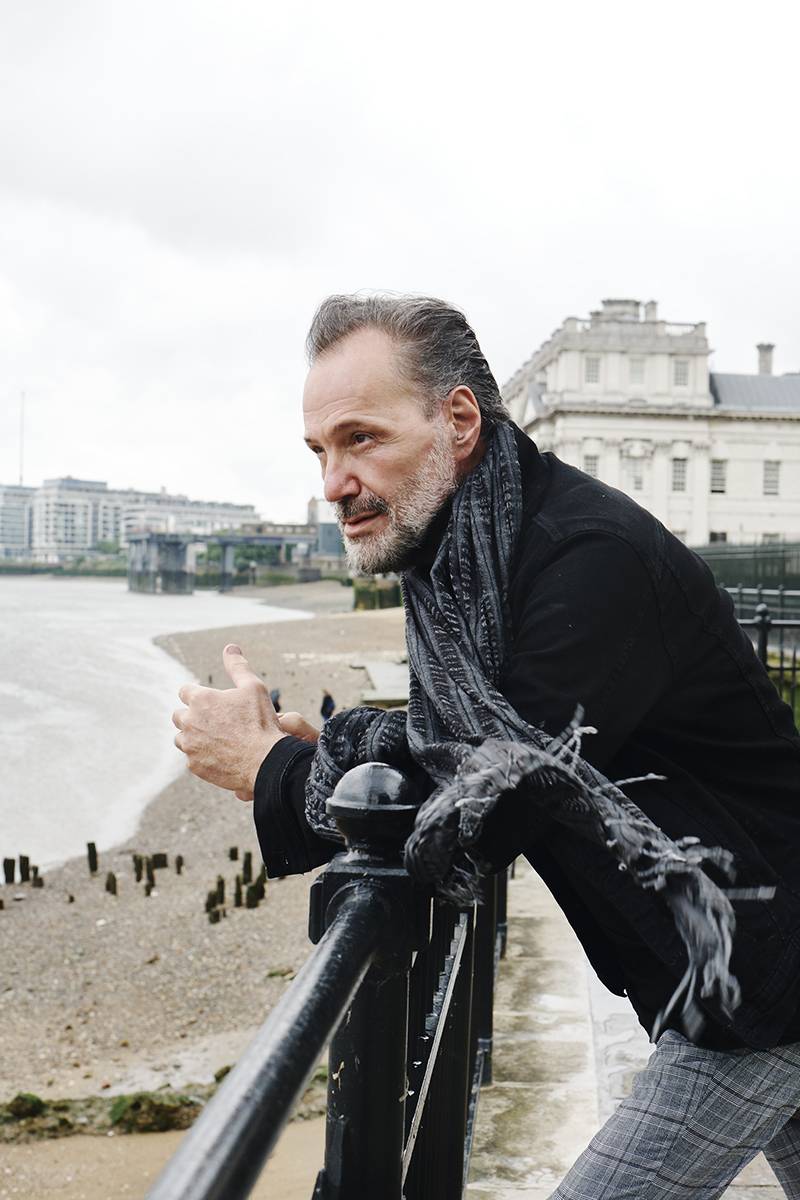 Gazing out over the Thames helps him prepare for his roles. And Gidon Saks even has a soft spot for Hagen, the villain © Danny Lowe

I’ve also been pondering my latest role as Hagen in Wagner’s TWILIGHT OF THE GODS, sitting here gazing across to the skyline. Hagen kills Siegfried, the great hero of the Nibelung legend, and in the minds of many that makes him the archetypal German baddie. But I have a different slant on him. I’ve sung a lot of baddies in my time - almost always baddies, actually – so my credentials in the matter are solid. And for me, Hagen is the best of the bad. He’s only trying to meet the expectations of his father. Like anyone, he wants to be loved, and we can relate to his motives, so I’m trying to portray him as a nice guy. Nowadays we know that, deep down, we’re all the product of our childhoods – and Hagen, too, is not evil in his core; he’s only been marked by his rotten upbringing.

When I’m looking out over the Thames thinking about the Nibelungs, it’s almost like I’m on the bank of the Rhine with the Gibichungs living on the opposite shore and Siegfried sailing across the river to drink the magic potion. And he’s going to forget he’s in love with Brünnhilde, and thus the disaster unfolds. All those visions come to me here. I can really picture a TWILIGHT OF THE GODS being played out in Greenwich.

Good thing the atmosphere here is anything but disastrous. Right now the people here are mega open and friendly and like talking to outsiders – which is probably partly due to them wanting more social contact, what with Covid and everything. Sometimes strangers just strike up a conversation, saying they like my shoes or asking me what I’m reading. When I say I’m an opera singer mugging up on my part, they sometimes ask what a typical day for me is – and from listening to me they realise that opera singing is actually a proper job.

Attention! All photos are subject to strict copyright protection!