Recommended from 8 years on

Hansel and Gretel are the children of a poor broomstick maker and his wife. One day they are playing so boisterously that they neglect their chores, so their mother sends them into the woods to gather berries as a punishment. A little while later their father returns, happy after a successful day and bearing a basket of goodies. He severely reproaches his wife for sending the children out; a dangerous witch is lurking in the woods. The parents set out to look for their children. Meanwhile, Hansel and Gretel have filled their baskets but their hunger has also driven them to eat up all the berries. As they embark on the search for fresh fruit they realise that darkness has fallen. They have lost their way in the woods. They decide to go to sleep and say their evening prayers. They have pleasant dreams in which wonderful things happen to them. In the morning they find themselves confronted with a mysterious house made entirely of gingerbread and sugar. They are about to start eating it when the witch suddenly appears and imprisons them. Hansel is to be roasted in the oven, but the children think of a ruse to lure the witch into the oven instead. At that moment the magic vanishes and all the children who had been turned into gingerbread by the witch regain their original form and are freed. The parents appear and the family is at last reunited. The happy family returns home.

For over a hundred years Engelbert Humperdinck's HANSEL UND GRETEL has been one of the most popular operas for the entire family. Traditionally performed around Christmas, the work was treated by the Humperdinck Family as a »family curse«. Adelheid Wette, the composer's sister, had written a play for her children, based on the story by the Grimm brothers, and had asked her brother to set some of the songs to music. The resulting work, known in the jargon of Wagner enthusiast Humperdinck as a »sacred festive play for the nursery«, was to be performed on his father's birthday. What the composer began in 1890 as a piano piece was to become, three years later, a full-blown opera. Humperdinck had been unable to resist the temptation to change the work, with its catchy tunes and dramatic appeal to children and adults alike, into a two-hour symphonic masterpiece. It was translated into over twenty languages and remains to this day many children's very first contact with opera.

The debt owed by the complex work to Wagner is undeniable, but there is also much for less initiated listeners to derive from the piece. Well placed evergreens, such as Ein Männlein steht im Walde, Abends wenn ich schlafen geh’, vierzehn Englein um mich stehn or Der kleine Sandmann bin ich help orientate the spectator and remain fresh in the memory long after the stage lights have been extinguished.

Andreas Homoki and his set designer Wolfgang Gussmann tell the story so that children can enjoy it. To the opulence of the music is counterposed a lightness and a poetic language of images that culminates especially well in the enchanting nocturnal scenes in the forest. Needless to say there is no shortage of excitement and spinetingling theatrical effects and the witch's long-awaited appearance is staged very dramatically and not without comedy. Children as young as eight will thrill to Humperdinck's fairytale, in which Good triumphs over Evil and Hansel and Gretel, by virtue of their courage and ingenuity, liberate not only themselves but also all the other children, who have been transformed into gingerbread by the witch.

»Director Andreas Homoki is not about to misuse the play as a platform for psychological intricacies or ideological statements. He is interested in putting on a play for children, and he goes about his task with intelligence and playfulness ...« [DeutschlandRadio Köln] 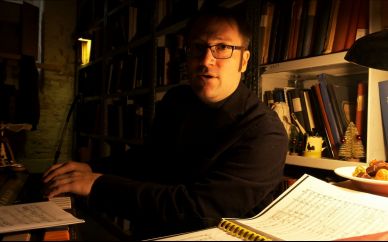 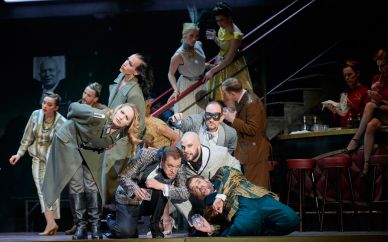 Breeches roles in opera down the years
learn more