Tannhäuser and the Singers' Contest at Wartburg

Tannhäuser longs to return from the realm of Venus to his terrestrial existence. Only by invoking the Virgin Mary does he manage to escape from the Goddess. Hermann of Thuringia and his assembly of noble huntsmen welcome the long-lost Tannhäuser. The prospect of being reunited with his beloved Elisabeth prompts him to return home. A song contest is held in Wartburg Castle with the aim of defining the essence of love. The invited contestants sing of the purity of the emotion while Tannhäuser praises the passion of Venus. His open avowal of lust infuriates the assembly, and they prepare to take up arms against him, but Elizabeth, herself wounded, manages to protect him. The Landgrave decrees that Tannhäuser must travel to Rome to atone for his sins. The pilgrims return without Tannhäuser, however; he alone has not obtained the forgiveness of the Pope. He faces eternal damnation; hoping to avoid his doom, he returns to Venus. The evocation of Elisabeth's name brings him to his senses: confronted with her death, his unquiet soul finds redemption at last.

The theatre as a setting of dreams: Working from the premise that Venus and Elisabeth represent only two personalities among myriad permutations of character, Wagner's opera becomes the point of departure for an exploration of the facets and possibilities of human togetherness. There are many layers to this opera; they include the mediaeval moral code, to which the persons in this work are subjected on the surface, and the changes of perspective made possible by the conflicting dispositions within a given individual. It is no longer the person in conflict who is the focus of attention but far more the person causing the conflict – Venus / Elisabeth. This is TANNHÄUSER through the eyes of the one woman who is far more than simply whore or saint. Beyond the “either-or” situation it is the exploration of the “Art of Loving” that interests us.

“Ludwig the Clement, Landgrave of Thuringia, died during a crusade to the Orient and left no heir, his lands passing to his brother Hermann. In those days the minstrels' art was very popular throughout the Germanic territories. It was loved and practised by princes and nobles, with Prince Hermann assembling many singers at his glittering court in the Wartburg. Shortly after his death there lived in the country of the Franks a minstrel, who wandered the land in the traditional manner. The story goes that, as he was passing the Hörseelen mountain, he encountered the apparition of a beautiful woman, none other than Venus herself. She beckoned to him to enter the mountain, and despite the warnings of the loyal Eckart the knight could not resist the temptation and entered the mountain. He was seduced by Venus and spent an entire year in the mountain. Many old songs tell of Tannhäuser's contrition and how he regained his senses and wished to leave the mountain. When he spoke of these things Venus reminded him of the oath he had sworn to her, and only Tannhäuser was able to look her squarely in her lovely eyes and deny he had done so. She then offered to give him a consort other than herself and he replied that if he consented he would have to suffer the fires of Hell due to his taking many wives. On hearing this Venus laughed and asked him why he was prattling nonsense about the fires of Hell. Had he ever felt them during his time with her? Had her red lips not smiled upon him at all times? The strife continued in this vein for a while until, in his ingratitude for all the good and loving things that Venus had done for him, Tannhäuser called her a she-devil. This turned Venus against him at last and she threatened to make him rue his words. Tannhäuser called upon the Virgin Mary to save him from the woman, at which Venus said, with some pride, that he could depart on condition that he take to his leave from the old man, who would sing her praises. Rueing his dalliance with Venus, Tannhäuser left the mountain and embarked on a pilgrimage to Pope Urban in Rome, to whom he confessed his sins and admitted spending a year with a woman named Venus. The Pope was holding in his hand a staff with the Roman double cross and addressed the penitent sinner: As unlikely as it is that this barren staff will sprout leaves, so you, who enjoyed the grace of the Devil, will unlikely obtain the grace of God! Tannhäuser begged in vain that he might incur a penance. Filled with sorrow he left the Eternal City, wailing bitterly that the Pope's harsh words had separated him forever from Mary, the celestial benefactress, and that God would not take him in. So it was that he expressed the desire to return to Venus in the Hörseelen mountain. No sooner had he wished for this than she appeared before him, laughing gaily and mocking him in her diabolical way: God be with you, Tannhäuser, my dear Master, I have been without you for so long, my chosen consort!, and she laughed yet again and dragged him with her through the gates of Hell. But on the third day the Pope's rod began to sprout leaves and he dispatched messengers far and wide to seek out Tannhäuser, but he was already back in the mountain with his pernicious consort …” (Ludwig Bechstein) 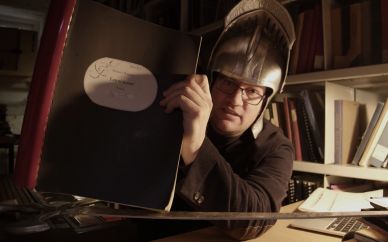 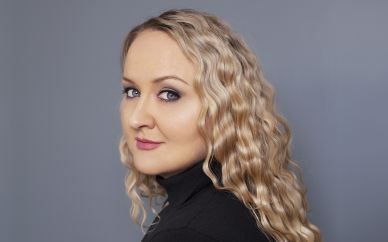