An essay by Katharina Duda

Role model for the title character Oceane – a Melusine 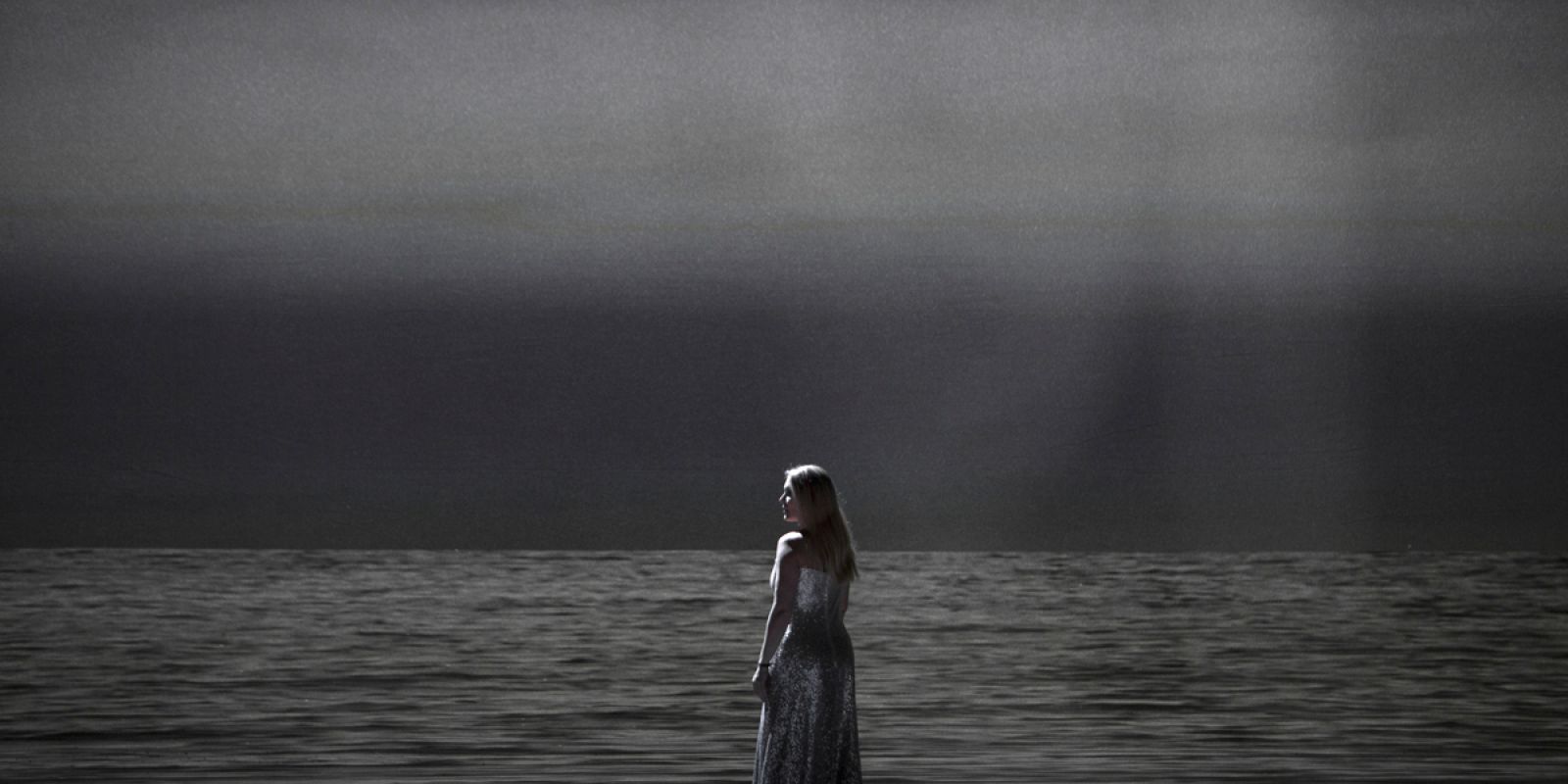 For his new opera OCEANE, Detlev Glanert has not only read the literary works of the writer Theodor Fontane, on whose unfinished novel "Oceane von Parceval" (Oceane of Parceval) the piece about the silent woman by the sea is based. The theme with nymphs and mermaids from de la Motte-Fouqué to C.G. Jung also floats through the musical score as the correspondence of the Fontane family. Martha Fontane, the writer's daughter, occupies a central position in this. For Detlev Glanert, she is the role model of his title character Oceane. As a typical water fairy in a bourgeois-realistic setting, this mysterious stranger, who keeps her jewellery in the fruit bowl, yearns for love and warmth. But she finds no place for herself in the society of people, in the new era of telegraph and railway. In the end, only the way "back" to the sea remains. A suicide? A return to home?

Although she did not go into the sea, Martha, called Mete, served her father as a "personality muse" all her life. Female characters such as Corinna Schmidt in "Ms Jenny Treibel" or Effi Briest bears her traits. And indeed, there was something nymph-like about her at times: "...I am not in favour of always attaching myself to life...", Martha wrote on 8 March 1881 in a letter to her mother. The Fontane family regularly sent long letters: from travels, stays at health resorts, on special occasions or everyday matters. Writing good letters was considered a special distinction in the literary educated family of writers. The family members exchanged their letters with each other: a family talk on paper. The letter network around Theodor and Martha Fontane is now available in an excellent critical edition.

So who was Martha Fontane? The poet's "old daughter", as she liked to call herself in letters, was born in 1860 as the third child of Theodor and Emilie Fontane. It was a relatively good time, the family had just finally returned from London, and the circumstances were beginning to stabilise. Four years later, the younger brother Friedrich was born, but Martha, as the only daughter, remained the declared favourite child of the father. "Daddy's pet," her brother Theo calls her in a letter on the seventeenth birthday and describes ironically the sister's "conquests": "Apprentice", "Polytechnician", "Student", "Lawyer" ... the family remained the best.

Daddy's pet for the brother, rather a problem child for the mother: Her role as darling of her father sometimes caused conflicts. In a letter, the family friend Anna Witte once even accidentally speaks of "your husband". Fontane has dealt with the latent incest problem in various works, not the least in "Ellernklipp", another nymph story. Martha must bear with the conflict in life herself: As father's child, she remains unmarried for a long time, lives as an "old maid" at home with her parents. The relationship with her mother, about whose love she sometimes was doubtful, is difficult, but also close. The family correspondence is essentially denied by both women. Martha is a confidant, a homebody, a support for her parents, who increasingly rely on her. Only shortly before Fontane's death, she decides to marry Karl Emil Otto Fritsch, 22 years her senior.

Martha Fontane was a woman of the 19th century. She gets dressed in corsets, dreams of being a wife and mother. But as a gifted writer's child, she also has other wishes: She displays her almost "boyish wildness" sometimes even in adulthood in the form of a sharp tongue. Her letters are lively, humorous, condescending... in 1883, Theodor Fontane submits a novella of his daughter to the Illustrierte Frauenzeitung (Illustrated Women's Magazine). The text is rejected because of lack of action and "other shortcomings" and is considered lost today. Martha remains advisor to her father in literary affairs, translated phrases and letters into French for him. After his death, she takes over the preparation of the family letters for the first publication, but she does not want to "appear as an editor or co-editor in any way". Out of modesty?

Unlike her brothers, an academic path or career was closed for Martha Fontane in the narrower sense: Women were not admitted to matriculation tests and university studies in the 1870s. Instead, Fontane's daughter attended a girls' secondary school and completed teachers' training at the Royal Teachers' Seminar in Berlin. In 1880/81 she became a private teacher and educator on the Pomeranian estate of Kleindammer. In her letters she writes of boredom – a city child of intellectual circles among squires –, of her anger at the snobbishness of her employers, the family of Mandel, gratitude for her position still perceived as pleasant, difficulties with the eldest daughter Ella ... And time and again of her love for nature! She writes of long walks, where she would rather catch a cold, as long as only the fresh wind whistled around her nose, of joy on beautiful spring days, lonely hours in the garden or on remote paths.

A child of nature, a nymph? Theodor Fontane warns his daughter of excessive bathing in a letter, which he sent her on the summer vacation. She did not descend from this side of the family – which means the French–Huguenot roots of the Fontanes, the perceived proximity to Lusignan, where the fable of Melusine come from. In any case, Fontane repeatedly makes Martha the role model of Melusine in his texts, for example in an allusion in "Effi Briest": "Lover or bon vivant. And perhaps even more, maybe he was also a tenor", Major Crampas is thus jokingly prefigured. Martha Fontane fell in love with the tenor Julius Stockhausen in the late 1870s, when she was an educator and friend in the family home. The confession of love stirred an uproar, which, however – unlike in Fontane's novels – dissolved over time into pleasure. The families remained friends, the "Stockhausen Affair" was forgiven and forgotten.

Even in her teens, Martha had health problems: It began in 1879, even before she takes up her position in Kleindammer, with a typhoid fever that fettered her to her parents' home for months. In her year as an educator, she suffered abdominal pain, paralysis, sleep disorders, later also manic-depressive anxiety and mood swings. All Fontanes had to deal with "the nerves", especially the parents regularly demanded care and regard. But even in nervous disorders, Martha is the designated "problem child". Her anxiety aggravated in old age; family friends speak quite naturally of the fact that it "once again looks grisly with the nerves". The marriage with Karl Fritsch, a sympathetic and loving spouse, did not change this.

The turn of the century around 1900 casts its shadow on the remaining Fontanes: Above all, Martha feels strange in the modern world of the early 20th century, yearns for the time of her youth, the time of her forefather's and parents' generation. When the First World War broke out, the sons of relatives and friends are drafted – many of them fell during the first year of the war. In 1915, Karl Fritsch died. Martha became more and more lonely, commuting between her apartment in Grunewald and the villa in Waren. On January 10, 1917 she died after a fall from the window. An end as prosaic and tragic as that of her literary sisters. Even in this regard, she is still a child of her father: Theodor Fontane's Mete.