An homage to people who care

Sculptor Ina Weber celebrates the people that every building needs to breathe life into it. A declaration of love to concierges and janitors, the invisible protectors, conservers and carers. 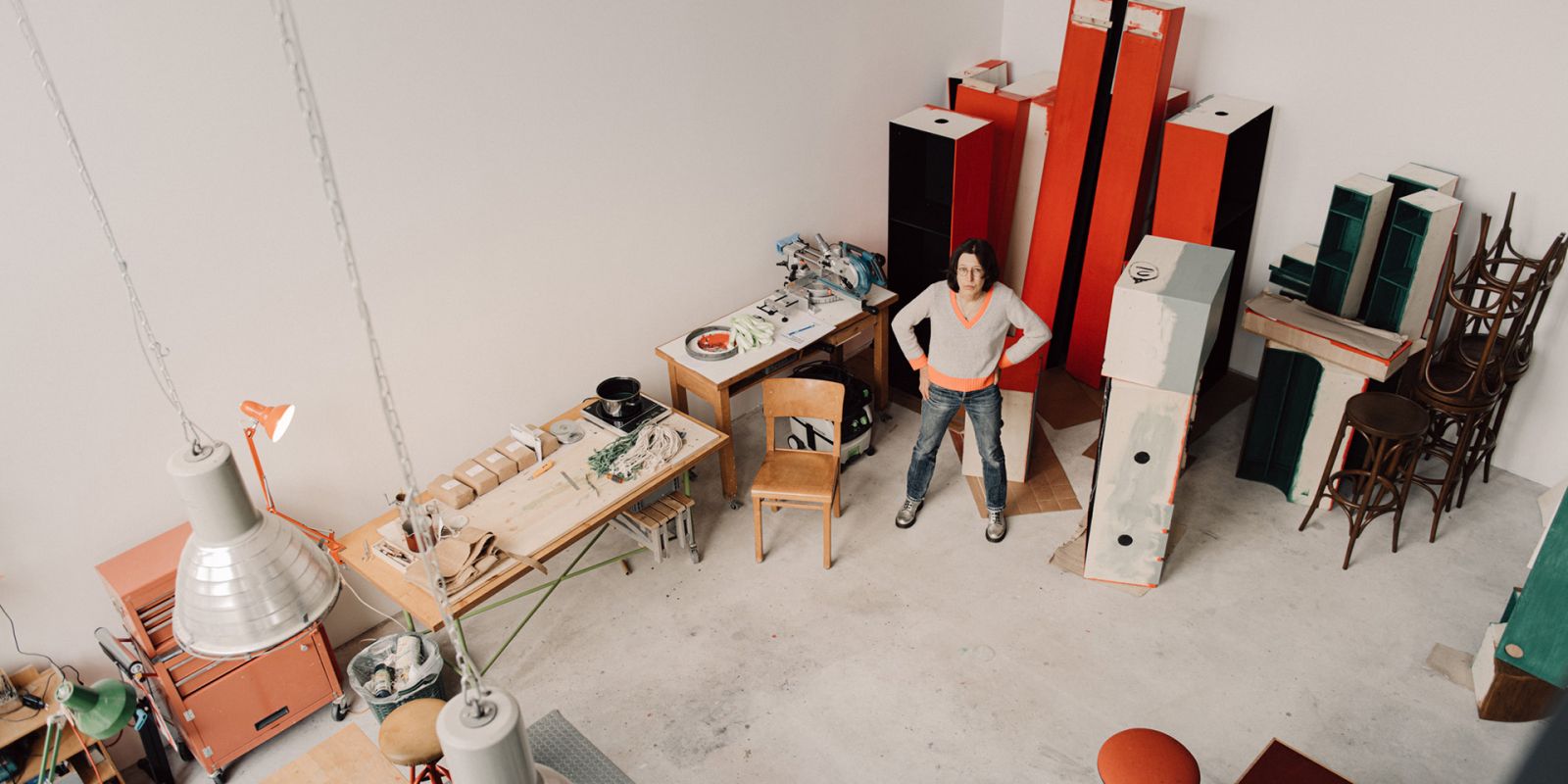 Caretaker's Lounge. An Exhibition by Ina Weber
Fritz Bornemann designed the foyers of the Deutsche Oper Berlin as a place for visual art. In her exhibition "Caretaker's lounge", the Berlin artist Ina Weber makes the building and its architectural features her subject.
Introduction: Thomas Köhler (Foyer)
18 September 2021

To me, a concierge is a preserver of monuments, because preserving historically significant architecture means first and foremost caring for the buildings in question, just like they do for the terraced housing on the coast of England. I lived there for a few years and was amazed at the quality of the upkeep. Despite the sea air, which is tougher on the fabric of the buildings than the coastal weather in Germany, the paint on the doors and window frames was immaculate and the brass door knobs were always gleaming. That’s a level of monument conservation that is underrated.

We usually associate buildings of listed status with authorities, bureaucracy and regulations, but preserving a house is very much about taking care of everyday details. The job requires a person to clean, paint, repair and generally do up the premises – a caretaker in the literal sense. Small-scale maintenance work may sound excruciatingly dreary, but it’s indispensable to the fortunes of a building – and often much less intrusive than the institutionalised approach. The phrase ‘taking care of a building’ emphasises the warmth and affection felt towards the building. This was the thinking behind my “Caretaker’s Lounge” installation in the foyer of the Deutsche Oper Berlin. 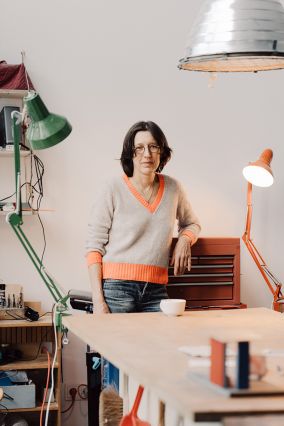 Fritz Bornemann’s building is emblematic of one of the fundamental pillars of modernism in architecture: the democratisation of art appreciation, the eradication of social class, the embracing of a wider public, the overlapping of interior and exterior. My works set these key concepts in relation to the usage made of the premises themselves. It’s sometimes the case that there is a disconnect between the needs of the planners and the needs of the occupants. With the Deutsche Oper Berlin the aesthetics of the design were debated and cast into doubt repeatedly over the years, but the utilitarian aspect has never been questioned. “Caretaker’s Lounge” puts a face on the people who work day-in, day-out, in the cause of function and purpose. I have a special interest in supposedly banal locations that were designed by the very people who use and work in the building concerned. The concierge’s cramped office contains a trove of utensils that have no unitary aesthetic in common but are essential to the maintenance of a building: mops, lightbulbs, coffee cups. Yet the Caretaker’s Lounge remains a fictional location, even when the items mentioned have now slipped from everyday use.

I’m not trying to replicate real life in my art. When I’m out and about or on the road I note down things that occur to me. Sometimes I take snapshots and arrange them in a scrapbook. Other ideas I use as a base for sketches or detailed watercolours, some of which will form part of the exhibition. Some ideas never make it onto paper; they just stay there in my head. And this mass of images gives me ideas for my sculptures. The sculptures speak their own language; they’re not a symbol of this or a model for that. The objects are not physical manifestations of actual things or issues. They’re the product of associations and imagery that I’ve accumulated over the years. I don’t even try to work to a scale of 1-to-1. If I end up with a door that’s totally out of proportion to a chimney, it’s really not something I bother about. My own height often has a bearing on the size of my sculptures. That’s partly to do with me wanting to experience them in real terms. Some of my buildings you can walk around in; the idea is to enclose the body and create a sensation of proximity between body and architecture. And it’s partly to do with me having to keep the whole project manageable. I work most of the time alone in my studio and try to execute all my artistic ideas myself. Working to a larger scale would mean surrendering some of my autonomy. But the weight of some of my pieces is already getting to be a problem. Concrete is heavy, so the core of the larger works tends to be of wood, on to which I slap whatever other stuff I’m using.

The buildings that interest me are either Early Modernist structures or stylistically derivative in some way. I think of Modernism, with its grand ideas and concepts, as being kind of our version of Classicism. The buildings are an expression of idealism, of a utopia. They were trying to improve people’s lives through architecture. One of my favourite locations, a place where you can see traces of this utopia, is the little seaside town of Royan in the south-west of France. In the late 19th, early 20th century Royan was a swish resort, but then it was flattened in a British air raid. In the 1950s and 1960s a group of architects got together and rebuilt the town on the great modernist model. The place has a lot of echoes of Oscar Niemeyer, except everything’s on a smaller scale and therefore accessible. Royan doesn’t have an intimidating or barren air to it, like many new towns do. It’s colourful and cheerful. They scaled down Niemeyer’s ideas and created a town that married the needs, wishes and desires of the planners with those of the inhabitants – just like Bornemann did with the Deutsche Oper Berlin. 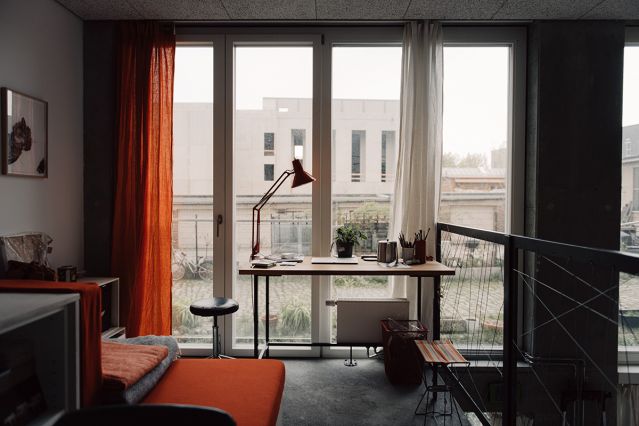 The view from Weber’s desk: the shell of a Buddhist temple under construction © Jonas Holthaus