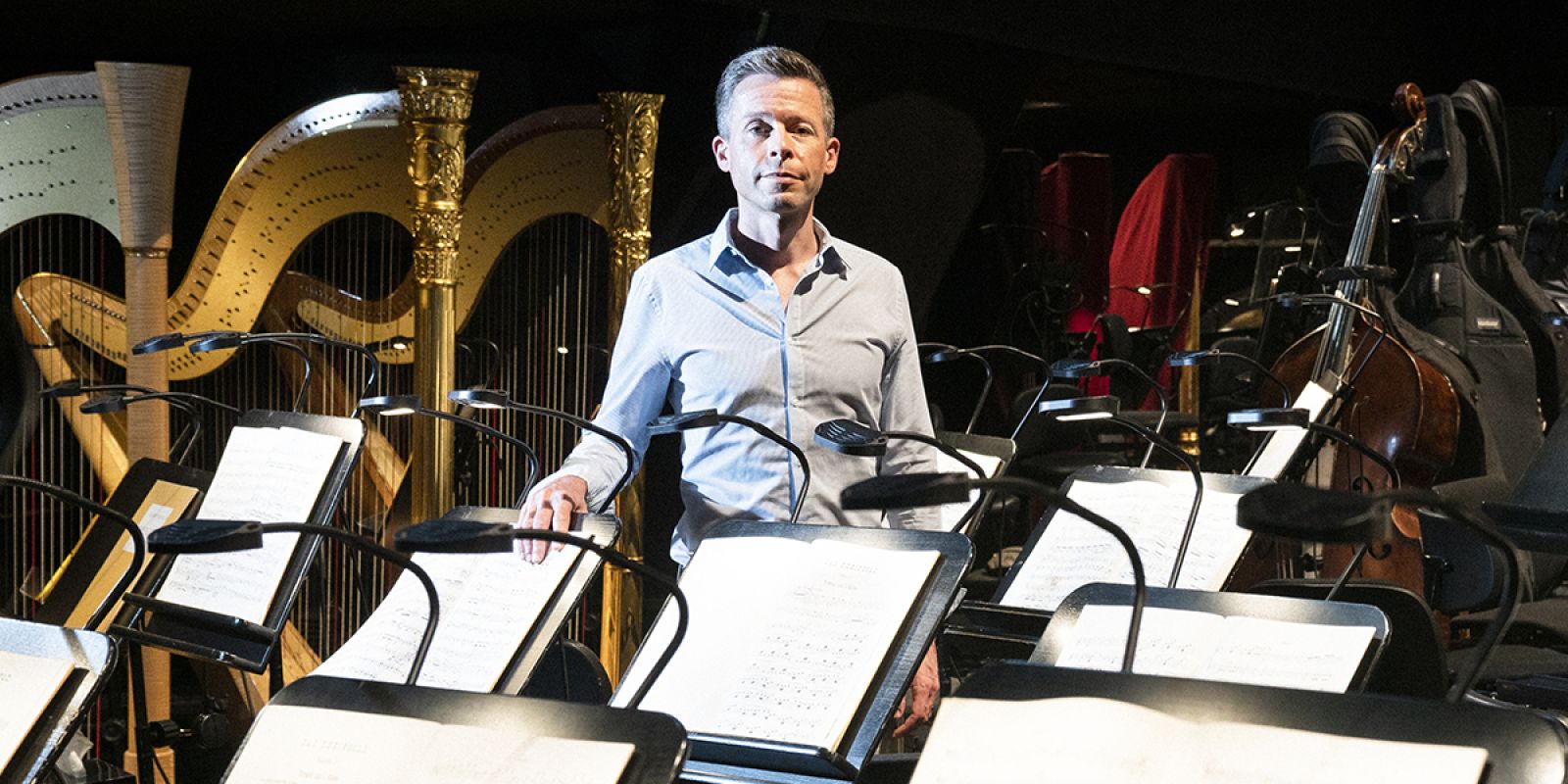 Adieu to the aquarium

Herr Schlicksupp, why is the orchestra pit being refurbished?
Because there’s so much wrong with it that it’s having a hugely negative effect on our work. The root of the problem is the concrete pan under the orchestra-pit floor. Cracks appeared over time, and now it lets in water.

What were the first signs that something was wrong?
Under the pit floor the groundwater had seeped in and was ankle-deep. One wag actually went to the trouble of rigging up a fishing net down there. Whenever someone dropped something by mistake through one of the gaps and had to creep around down there to retrieve it, the person would declare that they were about to take a dip in the »aquarium«.

Is it still ankle-deep?
It’s dry at the moment, because it hardly rains anymore in Berlin. But we can’t rely on dry skies indefinitely. We’ve got to get the experts on the case.

How do the instruments cope with the humidity?
Instruments don’t like air that’s either too damp or too dry. Weirdly, it was only when the rain stopped coming down that the complaints really started pouring in. We discovered that the air-conditioning unit was contributing to the problem, because it was drawing dampness out of the air. Our »aquarium« had been keeping the problem manageable.

What’s the purpose of the hollow space under the orchestra-pit floor?
Instruments are stored on the split-level floor. The floor of the pit is divided into separate daises which can theoretically be raised and lowered in order to raise instruments from below to the pit for whichever ensemble format is being employed.

‘Theoretically’?
That system, too, is antiquated and dates back to when the building was constructed. We’ve had to secure some of the daises using steel beams, so now they’re fixed in position and can’t move. Which means added work for us when we’re shifting stuff around between productions.

Are there artistic reasons for the daises to be mobile?
Yes, because the orchestra members are sitting at different levels. A small Mozart orchestra is positioned much higher and hence closer to the singers and audience than a full-scale orchestra performing a work by Strauss.

And how do you ensure that all the instruments can be heard, seeing as they are differently loud?
First and foremost, that’s the job of the composer, who writes a work with the specificities of an orchestra pit in mind. It wouldn’t work to have a piece for solo harp being obliterated by a brass section right next door. Then there’s the conventions regarding seating. A happy medium has to be found between an optimum auditory experience for the audience and the best interaction between musicians.

Will the audience notice that the pit has been refurbished?
Only if they actually look into the pit. But backstage the improvement will be obvious. At long last, everything will be working as it should. It’s a huge relief for us.

How long will you personally need to get used to the new orchestra pit?
It’ll take a while, but it’s always nice getting used to improvements. When the project is completed, the first thing we’ll do is run through the various groupings, try out seating arrangements and just focus on what it sounds like. We’re all looking forward to this process of experimentation.