The eye of the spectator

Filming live opera is an art in itself. Director Götz Filenius talks here about his recent work producing a DVD of Alexander von Zemlinsky’s “The Dwarf”. 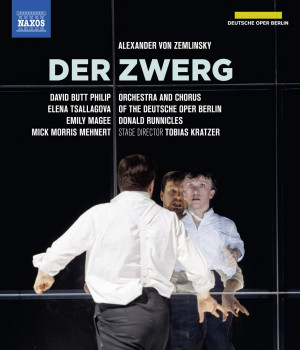 For our film I’m the eye of the spectator. I have to take decisions for them. In the auditorium they can take in all the action onstage without moving their head, but when I’m filming the live work I have to select my shots. After the main rehearsal with the piano I work out the angles I need, and the stage director – in this case Tobias Kratzer – has to sign off on them. We used eight cameras on THE DWARF: five positioned in the stalls, one suspended from the dress circle and two placed in boxes. They were remote-controlled. We used material from two performances, which meant we had just two chances to get it right. You can’t make mistakes! Filming opera is not a craft that you can deploy like a cobbler or a tailor does. It’s something you have to re-learn every time you do it. (Götz Filenius)

On 27 and 30 March 2019, DVD label Naxos recorded two performances of the new production of Alexander von Zemlinsky's rarely performed opera DER ZWERG, which met with great approval from the audience and press, not least because of Tobias Kratzer's brilliant directorial debut in Berlin. In both performances, the premiere cast with David Butt Philip, Elena Tsallagova, Emily Magee and Mick Morris Mehnert in the main roles. Donald Runnicles conducted the orchestra and choir of the Deutsche Oper Berlin.

With this recording, Naxos and the Deutsche Oper Berlin continued their collaboration, which began in 2018 with the recording of the rediscovery of Erich Wolfgang Korngold's almost forgotten masterpiece DAS WUNDER DER HELIANE. Further recordings of opera productions in cooperation with Naxos DVD will follow.