The coil of luck

Siegfried’s main theme is played on the horn – and a lot can go wrong on the night. Daniel Adam on cracked notes and trust in God 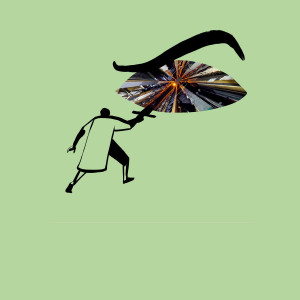 »With his ›Siegfried-Ruf‹ Wagner gave hornists one of their most famous – and infamous – solo pieces. If we could unroll the horn to show the full length of its tubing, it would be about 3.78 metres long. And therein lies the problem: in the higher regions the notes are always closer together. You only have to be a fraction of a millimetre out in the position of your pursed lips and you’re a note too low or too high and have ‘cracked’ a note, which is why the instrument has been nicknamed the ›coil of luck‹. As a hornist, it’s a strenuous job playing the music to SIEGFRIED, and everything hangs on the Siegfried-Ruf. The hornist is up there alone, right next to the stage. It’s a huge challenge for any musician, and in this case the hornist has got to match the notes to the movements being made by Siegfried with his horn onstage. It’s a long and hard solo and finishes on a high C. At that moment you’re playing on a wing and a prayer. There’s an old joke: At the pearly gates a priest asks St Peter why hornists are admitted to heaven but priests aren’t. Answer: »When you give a sermon, people nod off. But when a hornist plays a solo, people start to pray!«

Daniel Adam is First Solo Hornist at the Deutsche Oper Berlin. He took up the horn at the age of twelve. Following his studies in Berlin and Norway he performed with the Bremer Philharmoniker.