Dr Takt is our man behind the score. He is very familiar with the work and shows us its special moments. This time:

This is the second episode in our series of videos with Dr Takt.

Verdi is not known for his innovative orchestration, yet he, too, has his flashes of musical brilliance. Take the scene with Ulrica in UN BALLO IN MASCHERA, in which the soothsayer summons up the spirits of the underworld: as early as the prelude we can sense that things are about to get a little spooky. As the orchestra crashes around us we make out a brief melody for two voices played in parallel thirds, so the voices run parallel, separated by a third. At medium or high pitches this is a popular device for making tunes sound cutesy and full-bodied. In low registers, however, the received wisdom recommends that overly close parallelisms be avoided, as the upper tones tend to overlap, blurring the sound pattern. But Verdi flouts that rule. At low pitch, basses and cellos play in these parallels and the violas and first violins double up, separated by an octave. And the listener knows at once that the spooky stuff is about to start. 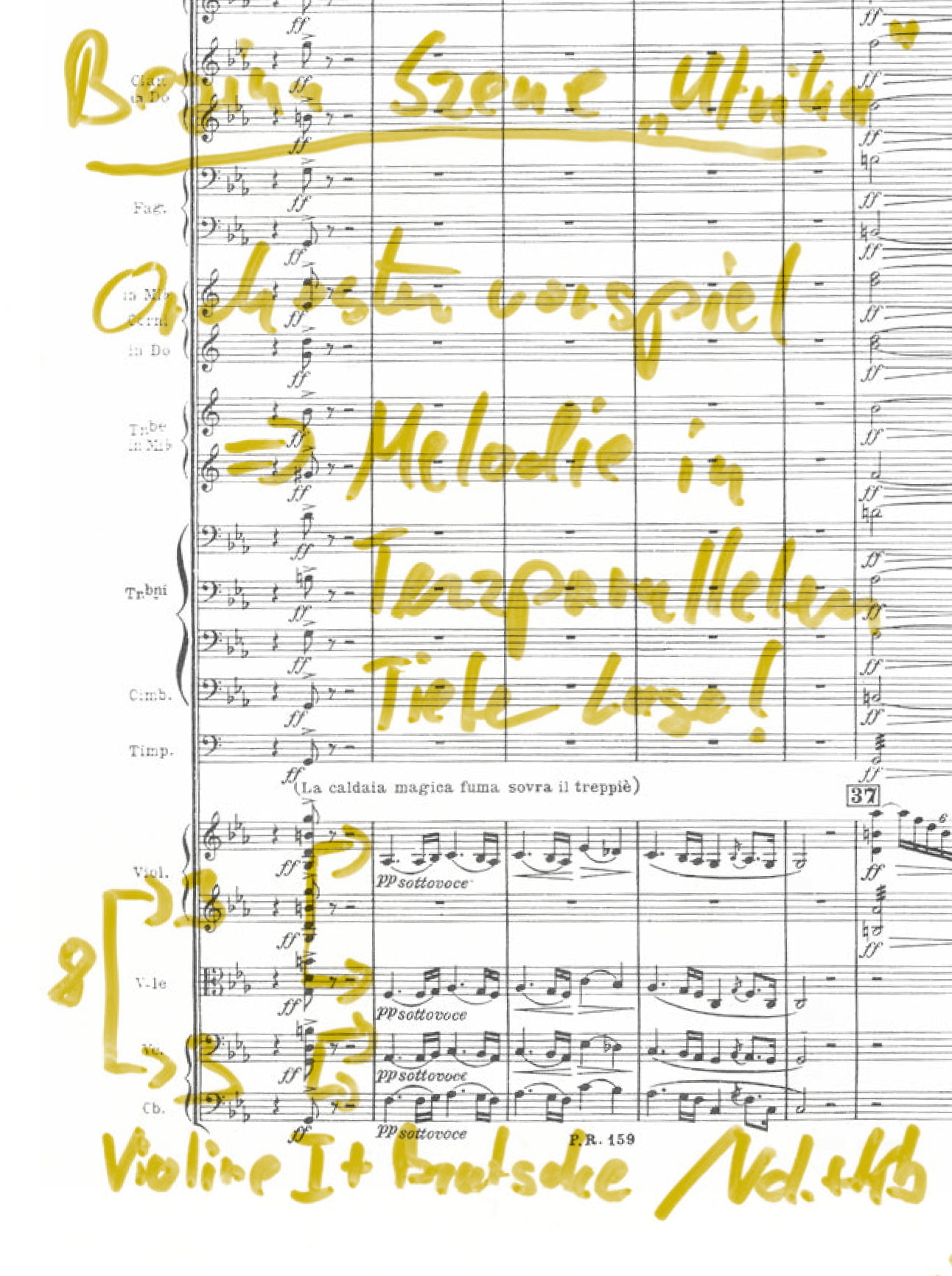