“An inquiry about love” by Chaya Czernowin ... recorded live at the Deutsche Oper Berlin on 13th, 26th and 30th November 2019 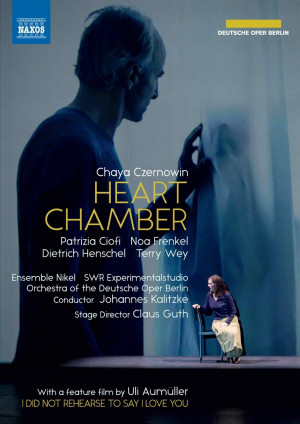 Also:
I did not rehearse to say I love you; Documentary film by Uli Aumüller about the world premiere production (duration 90 minutes)
u. a. bei Amazon

The three world premieres mounted by the Deutsche Oper Berlin prior to Chaya Czernowin’s new opera HEART CHAMBER were likewise captured for posterity, but with this production the Deutsche Oper Berlin has gone a step further. Andrea Lorenzo Scartazzini’s EDWARD II., Aribert Reimann’s L’INVISIBLE and Detlev Glanert’s OCEANE were recorded on CD under the OehmsClassics label; HEART CHAMBER, which premiered on 15th November 2019, was produced on DVD and Blu ray and recently released by Naxos. In addition to a rendition of the work in its entirety, the package includes a 90-minute documentary, in which renowned Berlin documentary director Uli Aumüller, who also presided over the recording of the live opera, charts the run-up to the premiere and provides fascinating insights into the minutiae of rehearsing and a creative process that featured director Claus Guth, conductor Johannes Kalitzke, composer Chaya Czernowin, the SWR Experimentalstudio, soloists Patrizia Ciofi, Dietrich Henschel, Noa Frenkel, Terry Wey, Frauke Aulbert, double-bass player Uli Fussenegger, the Ensemble Nikel and the orchestra of the Deutsche Oper Berlin.

"With the project she’s opening up a new and subtle world of her own. None of her pieces is easy to sing, but it’s totally worth the effort! She has a microscopic approach to music, researching the transition from speaking to singing meticulously and incrementally. She also thinks of inhaling and exhaling in terms of musical notes."
Contralto Noa Frenkel on Chaya Czernowin - She appeared for the first time at the Deutsche Oper Berlin, in Chaya Czernowin's new play HEART CHAMBER 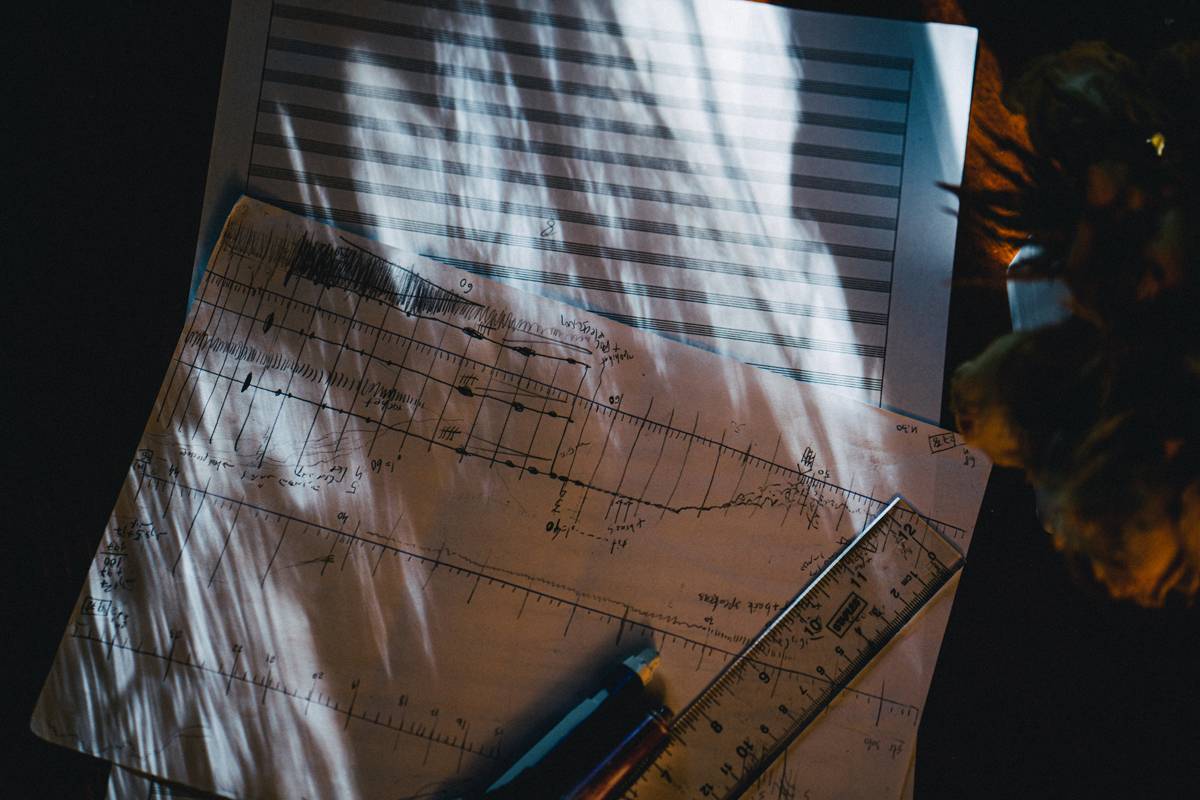 Sheets of music in Czernowin’s studio.  © Chris McIntosh
"For Chaya Czernowin a voice is not just for singing with; it’s for expressing emotions in a multitude of ways. So in HEART CHAMBER I’m emulating the noise of wind or the noise of a motorway, often with my mouth closed or with my tongue ... I’ve been working on HEART CHAMBER for months and I still don’t think I’ve grasped a thing. At the same time, that’s exactly the thing about it that fascinates me: I’m on a journey of discovery – to myself as well. This type of music is enchanting. It transports me to a strange and magical dimension."
Soprano Patrizia Ciofi - She returned to the Deutsche Oper Berlin and sings the female lead in the world premiere of HEART CHAMBER

The intensity of the Dolby Atmos system of the Blu ray lends itself to the acoustic complexity of Chaya Czernowin’s composition and has recently been deployed on international films productions. The system, which is currently being extended to the home-cinema environment, provides a 360° auditory experience with directional differentiations. For those listeners who do not (yet) have the requisite cutting-edge playback equipment, the DVDs and Blu rays can also be savoured on standard Dolby Surround and stereo.

A total of four partners were responsible for the unusually extensive audiovisual documentation of HEART CHAMBER: Deutsche Oper Berlin, which realised the premiere production and provided Matthias Henneberger as the coordinating producer of the recording project; the Berlin company Inpetto Film of documentary filmmaker Uli Aumüller, which produced the video recording of the opera and the documentary film; Deutschlandfunk Kultur, whose sound engineer Justus Beyer was responsible for the sound of the complete recording and broadcast the sound recording of HEART CHAMBER on its radio programme, and the Naxos label, which released the complete recording and the documentary on DVD and Blu ray and will see to the further exploitation of the recordings.

Later this year, the complete recording of HEART CHAMBER will also be available free of charge for several weeks on an international streaming platform for all those interested in the recording and the work (with which Naxos fulfils a request by Chaya Czernowin). We will inform you in good time about the period of this stream and about the platform.