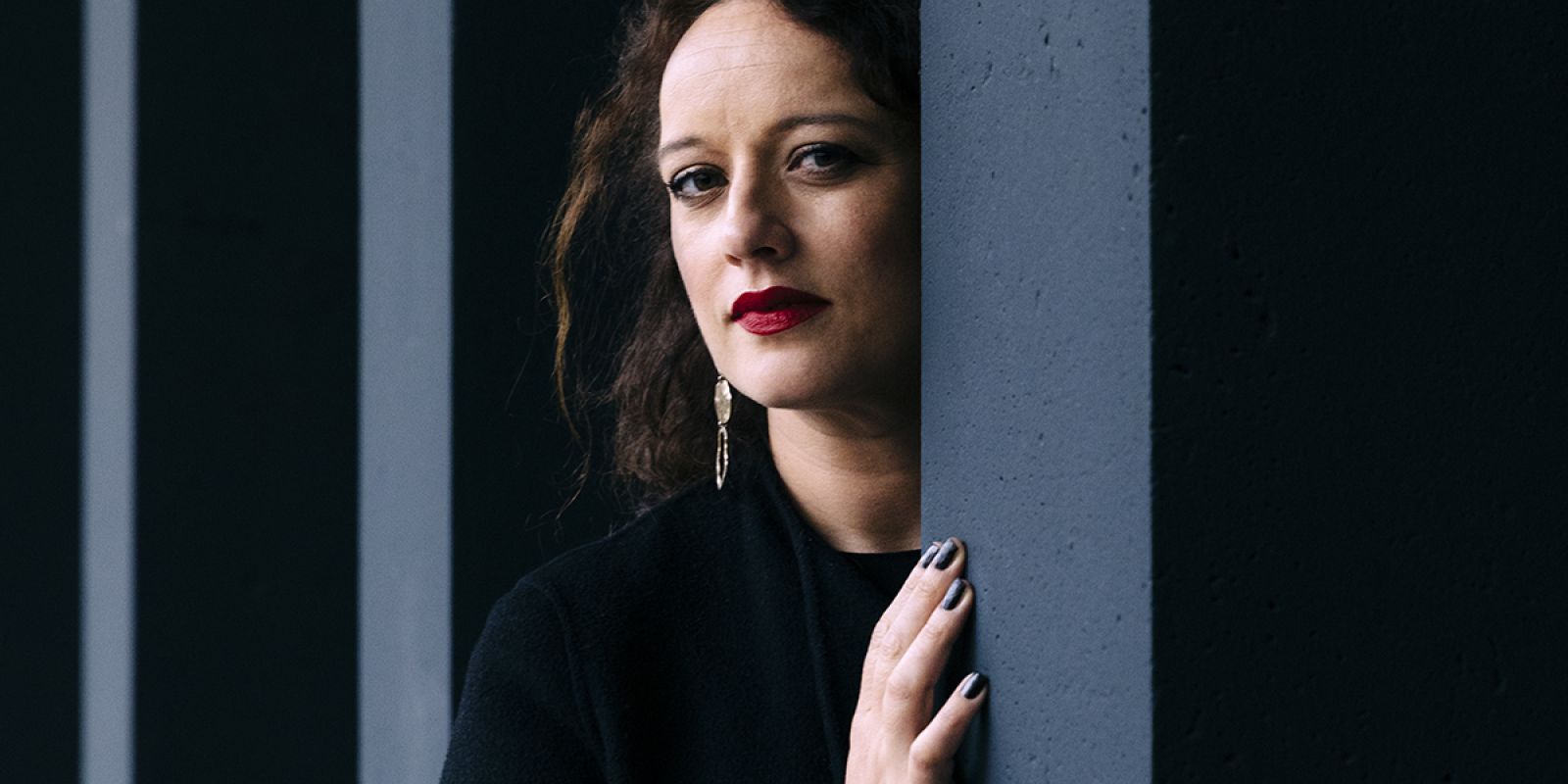 The mezzo-soprano Clémentine Margaine has been singing the grandest of Parisian opera roles for many years at the Deutsche Oper Berlin. The latest highlight will be Jules Massenet’s HERODIADE.

I have sung many French opera roles in Berlin, exploring my vocal »fach« in all its aspects and colours. I started with the title role in CARMEN. That was the foundation of my career. Then came LA DAMNATION DE FAUST by Hector Berlioz, DON QUICHOTTE by Jules Massenet and LE PROPHÈTE by Giacomo Meyerbeer. Together, it was a little tour de force through the entire Grand Opéra of 19th-century Paris.

Each of these masterworks has an individual character. DON QUICHOTTE is a light-hearted, playful opera full of joy; DAMNATION, on the other hand, is composed in a convoluted manner – the music is gorgeous, but Berlioz demands a lot from the voices. You have to access regions in which you feel insecure, yet be brilliant. Concentration in spite of insecurity is something we female singers must learn, and Berlioz may be the greatest teacher for this. The role of Fidès from LE PROPHÈTE is also very demanding, but in a different way. It is one of the hardest mezzo roles there is: highly dramatic, full of coloratura, plenty of very low and very high notes. In other words, the part demands a large vocal range, and then it is long as well – a real rodeo. I learned an infinite amount from this role. After that, I had the feeling I could sing anything.

Now we are doing Massenet’s HERODIADE, and I am very pleased, because Massenet is my favourite composer. The way he writes is full of technical challenges, but they are worth it. His phrases are so logical in and of themselves; the way he uses high notes is effective and ingenious. It is all highly complex, but the melodies are of enchanting simplicity. To me, that is very French. The singing is lyrical and simply beautiful. HERODIADE recounts a Biblical story, but it is based on the novella of Flaubert, which is basically the same story used by Richard Strauss in his opera SALOME. Yet the melodies are so brilliant and delicate. It does not seem oppressive at all.

I have started singing a lot of Italian opera, but at the Deutsche Oper Berlin, I have once again delved deep into the French repertoire. I am French, and I love being an ambassador for our operas. Jules Massenet’s music, his songs, his melodies – to me, that is perfect music, everything is so well-balanced. A little bit lyrical, a little bit dramatic; the orchestra is large, the sound is full and modern. Massenet is great opera – he should be played more often!