The seven questions were asked by Ralf Grauel

The Grinding Mills of Power

The Verdi opera SIMON BOCCANEGRA tells of the moral destruction of a political talent. Why do so many people perish as soon as they take on responsibility and enter public office? A conversation with Grünen founder and politician Christa Nickels

Christa Nickels, why is politics an eternally dirty business?
Because competition is immanent to the system of politics. Every position occupied by one person becomes unattainable to others who would like to make their mark in that very position. That is something many people cannot deal with. Then there is the issue that often it is not qualification that decides, but the greatest possible proximity to and blind faith in the protagonists of leading circles. This often leads to clandestine pacts and appointments treated as bargaining chips, which undermines democratic processes, even renders them absurd.

How does politics ruin the character?
When you give up the ability to recognize goodness in your political opponent as well and consider your own opinion the absolute measure of everything, when you give up fighting with an “open visor” and instead start resorting to intrigues, conniving, smearing your opponent, deceiving the public and preventing transparency. When you glorify politics as a profession and disregard and belittle protagonists outside the party landscape, when you stop practicing politics as a service to democratic society and instead consider it a theatre of power politics on a grand stage.

What, actually, is power? What is its dark side?
Power is the ability to affect: the possibility to actively shape and decide the basics and conditions of social cohabitation. One pillar of our democracy is the principle that “all power emanates from the people.” The dark side of power afflicts political protagonists when they forget this principle and start believing that exercising power per se is an absolute goal.

Have you ever made a deal with the devil, as they say?
I have always been a champion of democratic involvement. When I could not find that inside the parties in the 1970s, I started searching and became one of the founders of the Green Party. That was strenuous, lots of work, chaotic – but also invigorating, vivid, satisfying, to be part of a process that was powerfully effective. Of course we met with plenty of malice, all the way to slavering vilification. But I never encountered “the devil”.

How has politics changed since then?
The student’s movement, the women’s, environmental, peace and democratic movements and the Green Party have revitalized our parliamentary democracy. Topics repressed for decades suddenly made it onto the agenda: the forgotten victims of the Nazi dictatorship, the destruction of the ecological basis of all life, the extinction of species, the dramatic endangerment of world peace, the exploitation of the countries of the global south, social inequality, the systematic discrimination and exclusion of women…

How have women of your generation changed politics?
We stood on the shoulders of pugnacious women, the suffragettes, the mothers of the German constitution and the women’s movement. One breakthrough came in 1983, when the Green Party’s parliamentary group consisted of almost the same number of women as men. The fact that half a group was made up of women for the first time meant that women’s experiences and issues were put on the agenda with unprecedented urgency. All the parties in this country have realized: without women, there is no state. The situation of women in a country is one decisive indicator of a population’s wellbeing.

Does politics become less tainted when there are more women inside the political machine?
I don’t like the term “untainted”. Human action is always part of “fractured” structures; and of course women are not better human beings per se. However, they do make up half the population. Therefore, politics cannot be credible if they are not represented in all areas, contributing their experiences and making decisions. So yes: half the decision-making power in female hands is a basic criterion for credible politics.

Christa Nickels, a founding member of the Green Party in North Rhine-Westphalia since 1979, was a member of the Bundestag for five terms, chairperson of two expert committees, parliamentary state secretary and drug commissioner of the federal government. She is a resistant reformist Catholic as well as a passionate grandmother, gardener and avid reader. 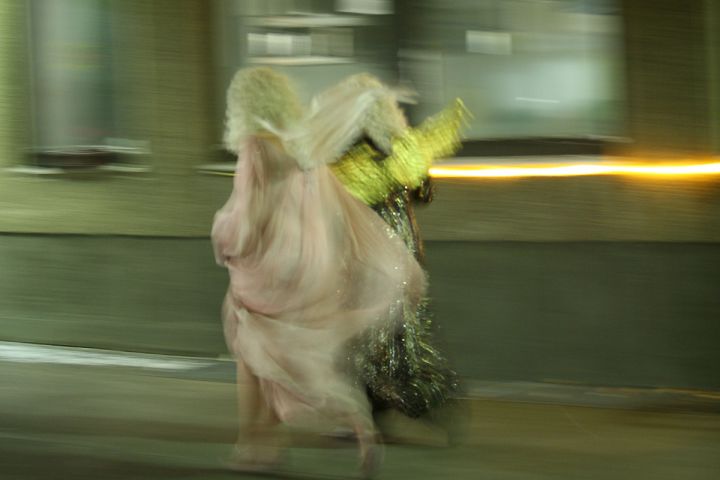 The visit of Father Christmas is a cherished tradition at the Advent Calendar of the Deutsche Oper Berlin. This time we encourage our younger guests to get active themselves and share with us their favourite experiences from the past year. While enchanting music plays and Father Christmas is sure to have a sweet or two in his luggage, we invite you to take part in a small interactive activity. This year, our Father Christmas will be accompanied by the young Italian soprano Elisa Verzier.

In 2016 she made her debut at the Teatro Verdi di Trieste in Mendelssohn's EIN SOMMERNACHTSTRAUM and as Serpina in Paisiello's LA SERVA PADRONA. Her church music repertoire includes Mozart's "Coronation Mass", Handel's "Messiah", John Rutter's "Mass of the Children" and several pieces by Pergolesi, Schubert and Bach. Elisa Verzier has won numerous competitions. Her next engagements include Norina / DON PASQUALE in Trieste and La Contessa / LA SCUOLA DEI GELOSI in Turin. In the 2022/23 season she is engaged as a scholarship holder of the Förderkreis in the ensemble of the Deutsche Oper Berlin, where she will sing Pamina / DIE ZAUBERFLÖTE, Marzelline / FIDELIO, Frasquita / CARMEN, Musetta / LA BOHÈME and Zerlina / DON GIOVANNI, among others.