Pinar Karabulut … A place of serenity for my soul: the Hofgarten in Munich

Director Pinar Karabulut is happy working with opulent sets. Now she is making her opera debut with GREEK by Mark-Anthony Turnage. Here she describes a haven of peace in the city centre 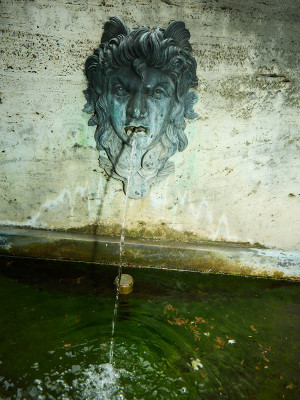 My private place of peace is the Hofgarten in Munich, an oasis in the heart of the city. Right beside it is the very loud and busy Odeonsplatz – but a few steps away in the Garden it’s calm and quiet and you’ve got grass, trees, birds, flowers, water… I can relax and ponder and reflect or just let my thoughts wander.

Whenever I’m in Munich I take time out for a walk in the Hofgarten. I live in Cologne, but I’m often here in my capacity as director and part of the management team at the Münchner Kammerspiele. My first contact with the Hofgarten was about 20 years ago. I had no particular goal and was strolling across Odeonplatz when I saw this archway between the arcades leading into the Hofgarten, a green gateway into another world. It was like promenading through a painting. There’s a lovely rotunda in the middle of the park, with a fountain at each of the four corners, everything in Renaissance style. Sometimes I just sit there on a bench by one of the fountains and people-watch. Maybe there are some pensioners playing pétanque and I just get lost in my thoughts looking at the water. Sometimes I meet friends here for a drink.

If I’ve got more time on my hands, I might go to the Nymphenburger Schlosspark, which was where they shot one of my favourite films, »Last Year in Marienbad«, the Alain Resnais film from the 1960s, which toys with our perception of dreams and reality, time and memories. Those elegiac bodies walking the geometry of the park with the baroque palace as a backdrop. Some say that a baroque opulence spills over into my theatre directing, and it’s true: I adore the grand gesture and a grandiose stage set. But I’d say my stuff is the opposite of baroque. When I do opulent, it’s not as a way of distracting people or keeping them sweet or depicting some kind of sacred state, as was the intention back in the day. I want to get people to use their senses: I want them to apply themselves more to listening and looking and not be blinded by the florid visuals.

“There’s something static
about the park – and it’s
reminiscent of the
immutable, unavoidable
destiny in GREEK,
Turnage’s adaptation
of the Oedipus myth.” 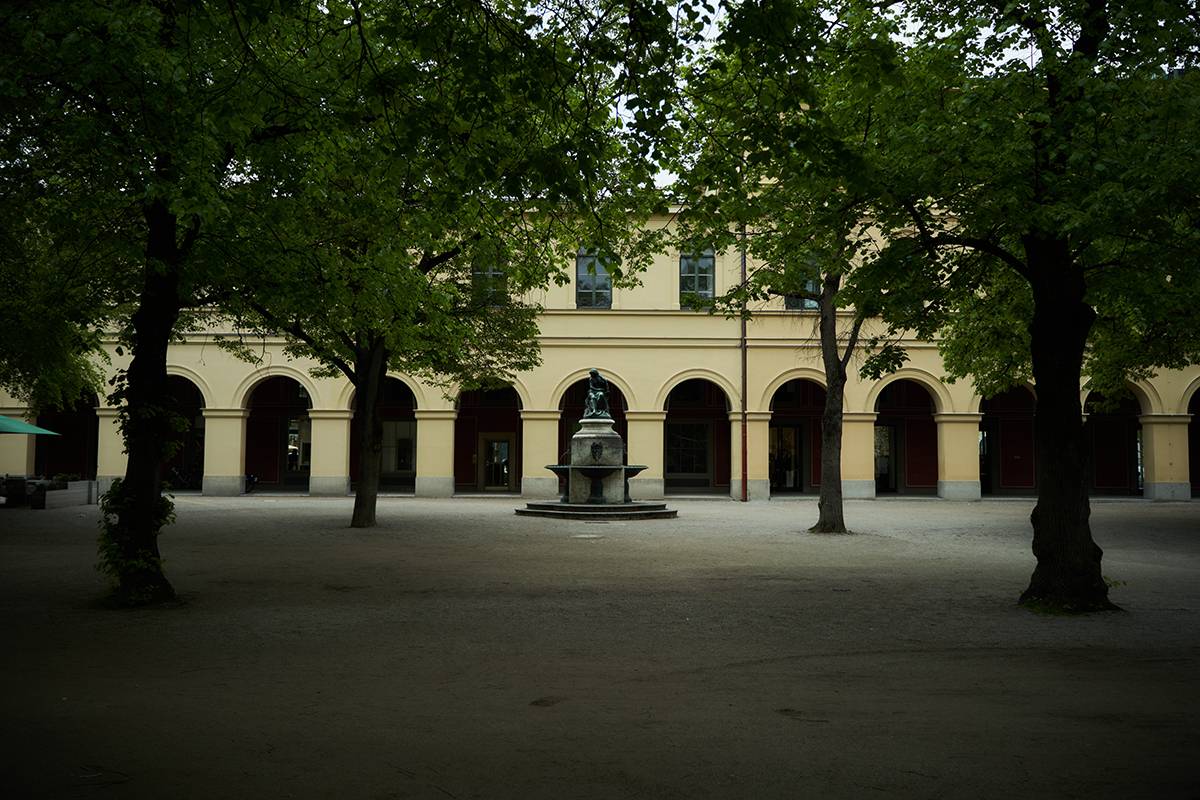 You’d think there was precious little to connect the harmony of the park with GREEK, the opera I’m mounting for the Deutsche Oper Berlin. On the one side, colourful flowerbeds, gurgling fountains and all things bright and beautiful on display; on the other side, Cockney slang, grinding poverty and tough, working class existences in the East End of London. And yet the severe symmetry of the park with its recurring fountains and radial pattern of paths does remind me of GREEK, in which the story keeps repeating itself. There’s something static about the park – and it’s reminiscent of the immutable, unavoidable destiny in this adaptation of the Oedipus myth.

GREEK tells the story of Eddy, a young East Ender in the 1980s, who, like Oedipus, is predicted to one day kill his father and marry his mother. I’m interested in the mythology behind the story and the Oedipus and Elektra complexes that derive from it and which Sigmund Freud used to explain the human psyche. Turnage’s reworking is heavily politicised and is an attack on all things Thatcherite. It shows the workers’ deep resentment of the ruling classes and the all-pervading effect of class on people’s lives. Members of the working class try to better themselves – and when they succeed, they pay the penalty. Eddy is struggling for liberty. He feels stifled under his parents’ roof, wants to buck the prophesy and change the course of his own destiny.

Turnage employs the Cockney vernacular in his story, which is not the kind of language one would expect in an opera. The regional dialect works with codes and rhyming slang, not dissimilar to a secret language understood only by a few. I keep having to refresh my memory of the meaning of this or that term. Cockney should never become a smooth and polished linguistic system in its own right; it should stay raw. Obviously, there are some lovely sustained stretches in the idiom, but Cockney needs its rough edge, its barbed and broken quality. I just want to dive in and push it to the limit. How rough can language be? How rough music? I want to see that reflected in the bodies of the singers. The three aspects – language, music, body – meet holy, mythological framing. My task is to gather these contradictory levels together and dish them up to the audience. We have to identify with Eddy and the rest of the characters. GREEK is my first opera. I’m not so much scared as respectful of a medium which is new to me. I’ve got to work within the parameters of the score, which is not at all the case in theatre directing, where you can stage a full evening of entertainment based on a ten-page play. I’ll have to keep myself on a short leash and not do too much fleshing out of the scenes, because I have to stick to the 1 hour 20 minutes that Turnage has dealt me. The scene shifting has to be done in nothing flat. No mercy for the crew when the script calls for a change of scene.

I’m bursting with questions I want to put to the opera house, things like ‘What are the performative limits of singers?’, ‘At what point do I say That’s over the top?’ ‘How far can I push it?’ I find the emotionality that I’ve witnessed in opera fascinating. In general I can say that I fully believe everything that plays out on an opera stage – and I can’t say the same for theatre, drama, etc. It’s really odd that musical theatre is so much more artificial than stage plays - and yet with traditional dramatics there comes a point when I stop believing in the character. When I’m attending an opera, I’ve got goose pimples the whole way through. For me, there’s no upper limit on passion in opera. The drama involved is boundless.
— Text: Jana Petersen