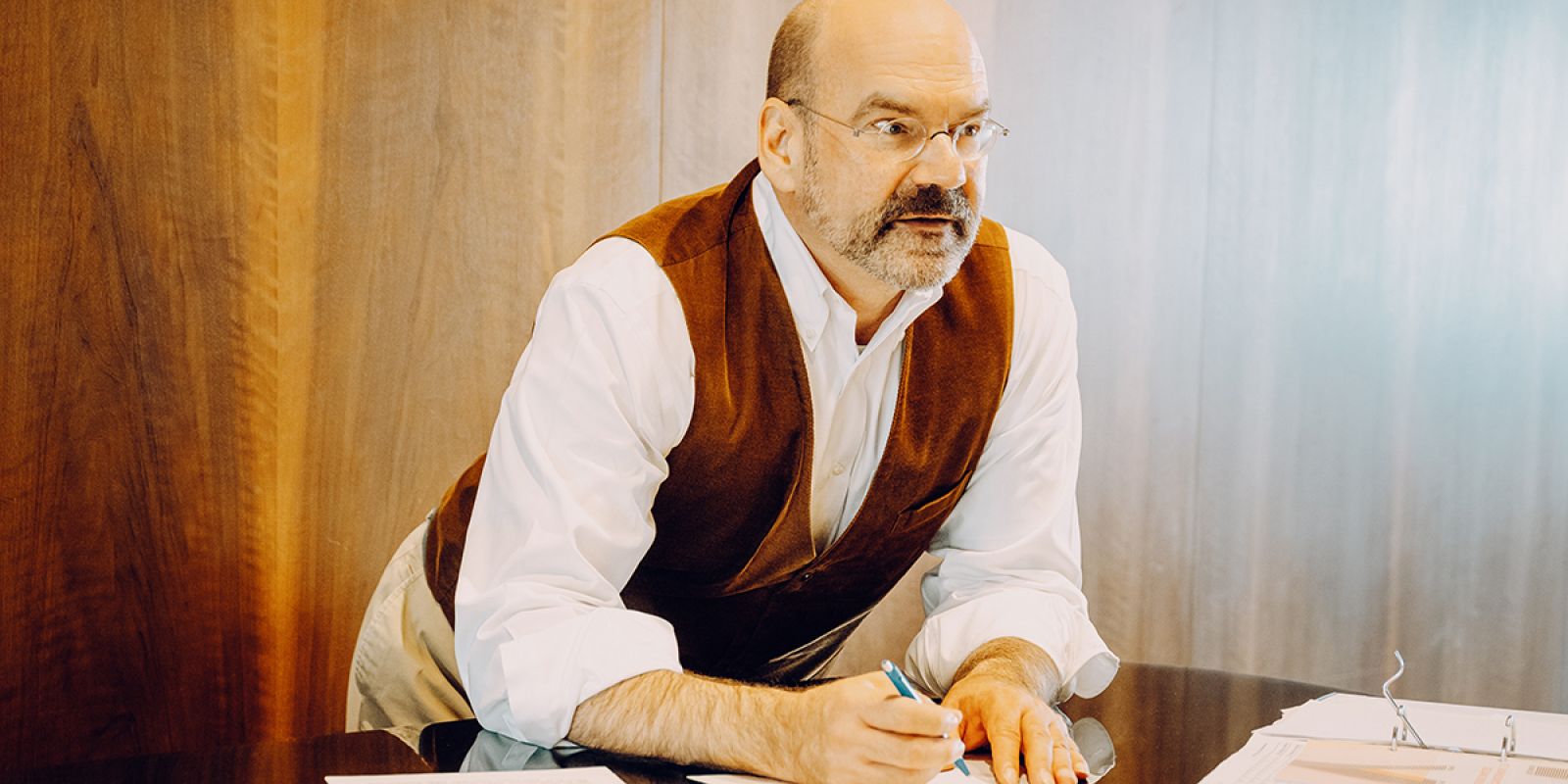 Does the voice have what it takes?

Mr Seuferle, how do you go about discovering talent?
In singing competitions, where I get to hear young singers fresh from college. And at auditions here in the opera house – based usually on the recommendations of agents but often also on unsolicited videos that catch our fancy.

And what are you looking out for at an audition?
Vocal quality and volume. We have a large auditorium and it requires presence and staying power from a singer. And whether the person has imagination. How do they address the role and the sentiments they are conveying in song?

Singers aren’t actors, though…
You pick it up if a singer hasn’t understood the context in which an aria is being sung. I sometimes ask them what state of mind the character is in, and I get some really off-the-wall answers.

How much time do you have to sift everything and come to a decision?
In an audition I usually have to make do with two arias. It’s easier in competitions because I get to hear interesting people at least three times – in the heats, the semi-final and final. You’re really looking for people who make it to the final.

Doesn’t the winning candidate have the best prospects?
I don’t look at podium places. Any singers who get to the final and can hold their own with the orchestra are good for us.

Do you ever hear someone once and hire them on the spot?
It’s rare, but it happens.

When was the last time?
It happened with Jorge Puerta, a young dramatic tenor from Venezuela. He blows you away. He sings difficult Italian material, very demanding stuff. If everything goes well, he’s going to have an international career. Our audience gets to hear him for the first time at our »Opera Lounge« event on the parking deck. All I can say is: don’t miss it!

Although it sounds like he’s the exception that proves the rule.
Yes, it’s seldom as open and shut. Usually we sleep on our decision. If we’re going to sign up a singer for a whole year and give him or her 30 or 40 gigs over that period, we want to avoid making a blunder.

So, when the ink on the contract is dry, what then?
That’s when the work starts. I sit down with the young singers, choose the roles they’ll be singing, map out their careers, visualise the first milestones. I do everything I can to help them get on.

How do you decide which roles suit a particular voice?
It’s different from person to person. When I’m planning a season, I always keep a few roles uncast, without a guest start booked ahead of time. That way I can give the nod to a singer whose voice is ready.

Have you ever had big hopes for someone and then seen them dashed?
Yes, and it often has to do with the singer’s approach to the work. I get direct feedback from the répétiteurs and coaches on the singer’s preparation, motivation and ability to learn.

That’s a lot of pressure for the new intake.
Yes, it’s full on. Singers are always on show, at rehearsals and in concerts. Anyone who can’t hack it or is unprofessional in their work practices is going to have trouble thriving in this line of work.

Is unprofessionalism really a thing at this level?
We do get it. A singer has a lovely voice, but in matters of musicality, sense of responsibility, relations with colleagues, etc, they’re a non-starter. You can’t always pick up on that at auditions.

Let’s say a singer is established, has sung some major parts and is in demand around the world. What next?
When singers have reached a certain level, a fixed contract loses its appeal. A big star can earn in a single evening what another singer earns here in a month. And it also means that they can pick and choose the roles they take.

Isn’t it frustrating when the top singers say goodbye?
Not at all. It brings a wind of change with it. Our type of marriage shouldn’t last longer than ten years. After that a singer should be wanting to go their own way and stand on their own feet.