Nothing happens for weeks and then all of sudden it’s ‘Action stations!’ As Artistic Director Dietmar Schwarz is finding out, in the pandemic slow-slow meets fast-fast. But another issue is creating anguish in the background

I’ve been involved in opera my entire life. Not always as Artistic Director, of course, and not always at such a huge venue - but as dramaturg and at smaller institutions, too, one thing has been a constant: the imperative of taking the long view. We often plan five years ahead. Our first talks relating to the RING took place at the start of my incumbency nine years ago. That all changed a year ago. We’re now restricted to short-term planning. For such a huge organization that’s a major challenge. Singers from around the world are being booked open-end. Same goes for star directors and conductors. It’s as if they expect a cargo ship to suddenly turn on a sixpence. I’ve often thought it’s a pity that opera has to plan for the long run, because it means you can’t respond to situations in the here and now, as you can in theatre, for instance. And now it’s taken this crisis to give us the freedom to embrace this very different tempo. We can now work on productions that we’d never have been able to put on if it had meant a long, drawn-out build-up, because we’ve only just found the people to do it. It’s like finding an antidote to the pandemic.

My most emotional moment in this saga came when I heard the first strains of THE RHINEGOLD on the parking deck in that break we had between lockdowns. We were all in tears. Maybe that’s why I’m so happy that we’re soon going to be able to start performing on the parking deck again. One of our new discoveries is a team of young women from the theatre centering on director Pinar Karabulut. She’s staging (at very short notice) GREEK, the chamber opera written in the 1980s by English composer Mark-Anthony Turnage. I love this young team of players, who are bringing their outsider perspective to things. And with that material we’re also opening up to chamber-musical theatre. Small casts, modest orchestras… that kind of set-up is bound to be a feature of many venues in the future. But as a counterpoint to this kind of short-term production we’re also rehearsing the RING, which is a mammoth work. We’re still hoping to stage SIEGFRIED before a live audience in May. If that doesn’t work, then we’ll settle for November as part of the cycle. I’m already proud that we’re one of the few opera houses in the world that are putting on such great works of opera in the middle of the pandemic.

Yet crouching at our elbow is a larger painful awareness: the awful realization that it wasn’t just business as usual after the first lockdown, that it was dragging on and on. It takes quite a while for this to register fully. We haven’t been operating normally since 13th March 2020. We lost most of the entire 20/21 season and most of the second half of the 19/20 season. Some people saw it coming in March 2020 and said as much, but I didn’t take them seriously. Maybe I was in denial. I thought we’d batten down the hatches, stop rehearsing, keep to the social-distancing rules, etc, until the virus went away. But it didn’t go away.

For a whole year now we’ve been reconnoitering the boundaries of what is allowed. How, where, when and what we can rehearse? What works are we allowed to perform? How can we stay in touch with our audiences using the digital medium? And when are we finally going to be let back on stage? We’ve been seizing every opportunity that presents itself. As a way of keeping spirits up over such an extended period of time, I’ve been trying to keep our colleagues occupied rehearsing projects, as is currently happening with SIEGFRIED. It’s hugely important to be working on things together at the opera and not sitting at home alone. I keep having to drum into my team that the time they invest now privately will pay dividends on stage at some point in the future. 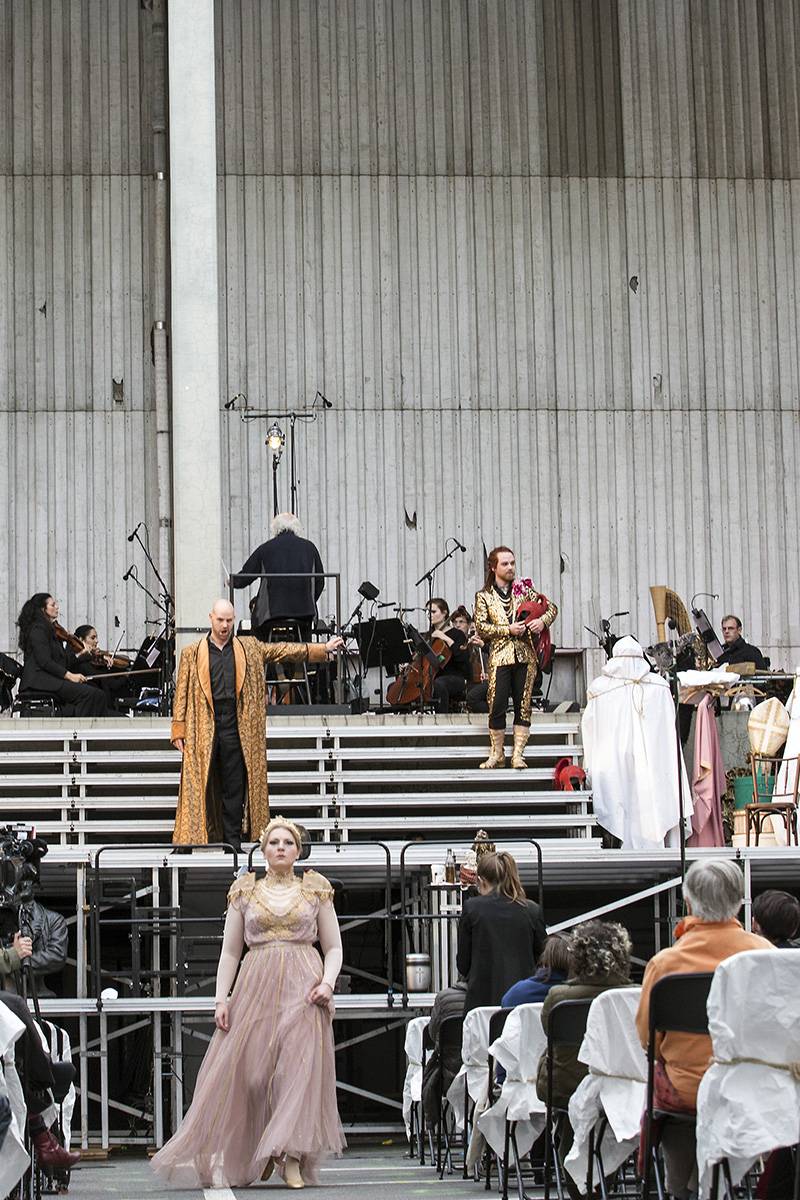 The first strains of opera after the first lockdown were heard in THE RHINEGOLD on the parking deck of the opera house. »We were all in tears,« says Dietmar Schwarz © Bernd Uhlig

After all the streaming, videos and digital experiments, I’ve never been as convinced as I am now about one thing: the emotionality that we trigger through music and song needs to resonate with a public. When a singer stands up in front of an audience of 2,000 people, adrenalin is coursing through her body. You can’t manufacture that kind of stage nerves. The hormonal high of the stage is lacking and without an audience the artist cannot summon up this type of energised state. Dear audience member, we miss you badly.

On the titel: An opera house is like a cargo ship on the high seas: the route has been plotted long ago – and changing course at short notice is extremely difficult © Adobe Stock