Welcome to the Carols Studio 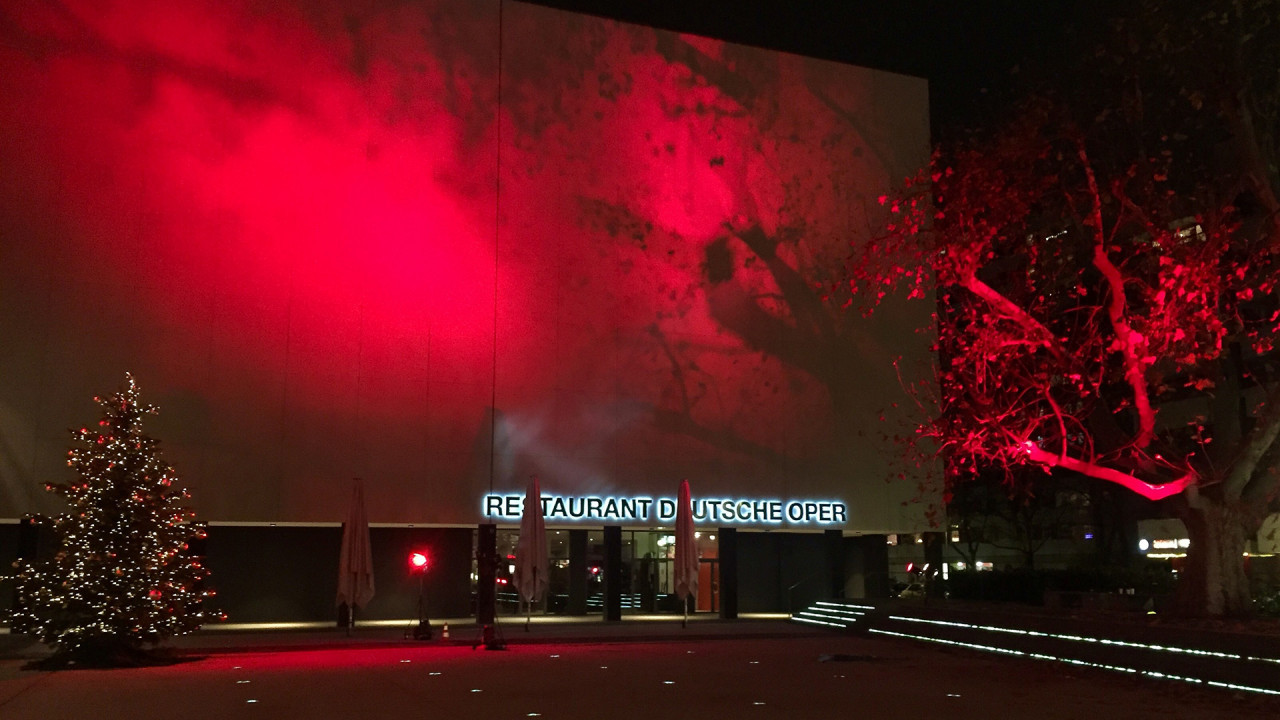 Since 2012, we have welcomed our audience to the free Advent calendar in the run-up to Christmas. In addition to the artists' favourite arias, traditional Christmas carols from all over the world are always heard. One of the most famous is "I'm dreaming of a white Christmas". Covid-19 is now making it impossible to welcome you into the house this year, so the two Australians Alexandra Hutton and Samuel Dale Johnson are dreaming of the legendary "White Christmas", as they did in their childhood. But then it happened, as part of the 2019 Advent calendar, that our American bass Patrick Guetti made a brilliant contribution to the foyer programme: "You're a mean one, Mr. Grinch": He now sings and dances this "Christmas-critical Christmas standard" once again in the Christmas Carol Studio - together with Tyler Zimmerman and Markus Brück.

So because you can't come to us this year, we're coming to you with all the trimmings: with videos in which our performers introduce you to these two classics, the accompanying song lyrics and, last but not least, a karaoke version of each, recorded for you by Kenneth Berkel (piano), Peter Nitsch (double bass) and Rüdiger Ruppert (drums). Actually, all you have to do now is bake and prepare the punch yourself. And then:

The voice practised,
the dancing sole polished
and join in!
Christmas is coming soon!
read more 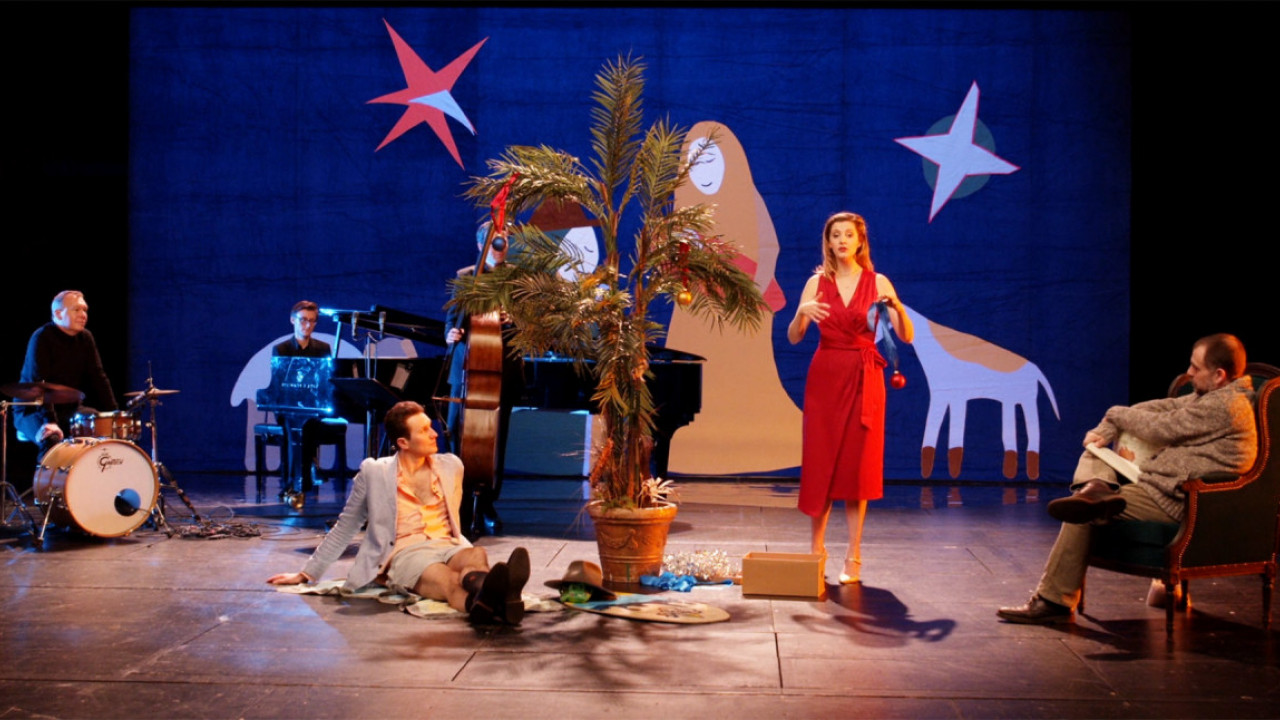 Australian soprano Alexandra Hutton dreamed of a white Christmas as a child - I saw my first snow a few years ago, in Switzerland: I came out of a restaurant late at night, everything was quiet - and there were snowflakes everywhere. It was so beautiful that I immediately cried. In Australia, of course, Christmas is summer, so we often celebrated at our beach house on the coast of New South Wales. And my grandma gave me a new beach towel every year! —

Australian baritone Samuel Dale Johnson barbecues in the garden for the festive season - When I was twelve, we went skiing in the Snowy Mountains, that's where I saw snow for the first time. But not at Christmas, but in our winter, in July. Over the holidays we had a prawn barbecue. Guess who was hopping around the garden? That's right, kangaroos. —

... Bing Crosby sang it for the first time in 1947. From this time on, this American Christmas carol from the pen of Irving Berlin travelled around the world and exists today in countless versions from classical to jazz to pop.

Do you also want to dream of a white Christmas now? Go ahead ... Kenneth Berkel, Peter Nitsch and Rüdiger Ruppert will also play for you. 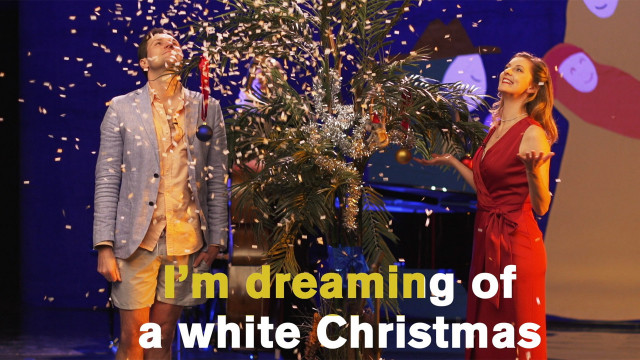 You're a Mean One, Mr. Grinch 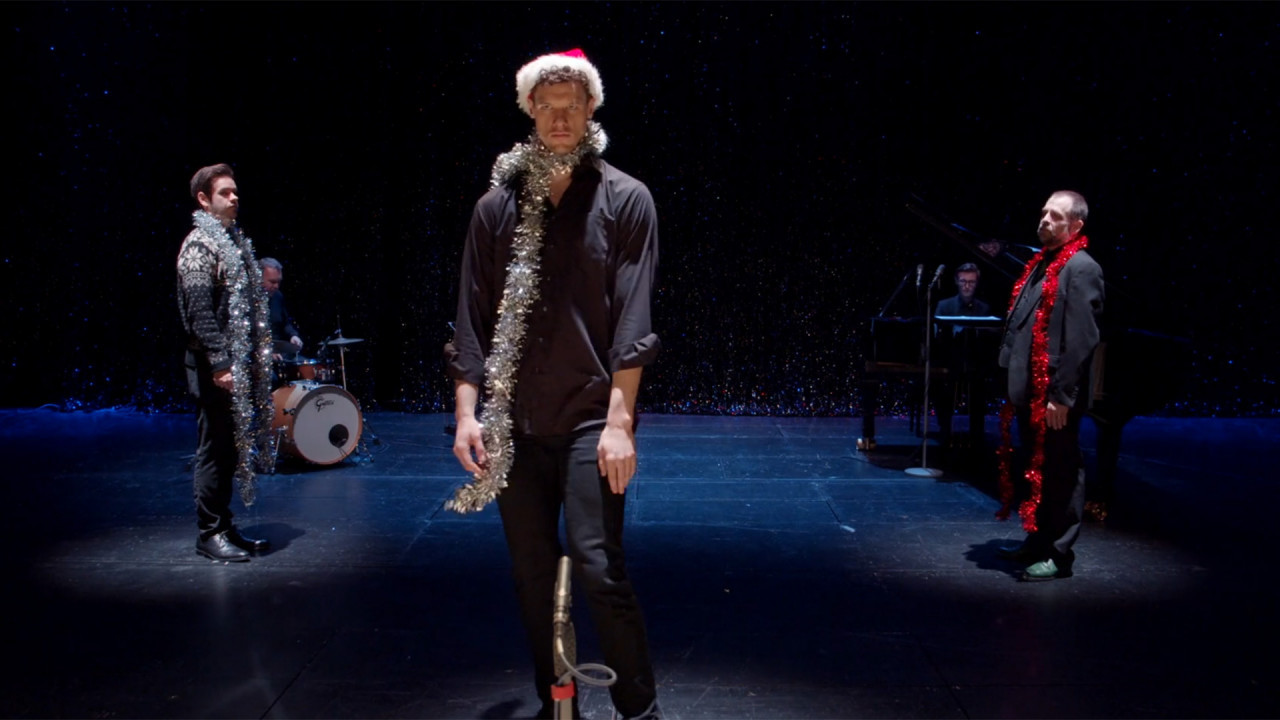 He can do them all, the villains, the creeps, the misanthropes. Markus Brück needs to give his colleagues some lessons here, and probably you too. Because no one can hold a candle to Markus when it comes to grim and gruesome — Imagine you wake up in the morning, you've slept terribly, had horrible dreams and it's Christmas. The most horrible festival of the year. I hate Christmas. That's what I want to see ...   —

Patrick Guetti and Tyler Zimmerman first try good humour and entertainment. And then you can only ask Markus — You hate Christmas? It is the most joyful time of the year ... with family and presents ... Markus! Don't be such a Grinch —

Watch here our video:
You're a Mean One, Mr. Grinch!
read more

You're a Mean One, Mr. Grinch – Lyrics

You’re a monster, Mister Grinch!
Your heart’s an empty hole.
Your brain is full of spiders,
You’ve got garlic in your soul, Mister Grinch!
I wouldn’t touch you with a
thirty-nine-and-one-half-foot pole

You’re a foul one, Mister Grinch!
You’re a nasty-wasty skunk!
Your heart is full of unwashed socks,
Your soul is full of gunk, Mister Grinch!
The three words that best describe you
Are as follows and I quote:
Stink! - Stank! - Stunk!

You’re a rotter, Mister Grinch!
You’re the king of sinful sots.
Your heart’s a dead tomato
Spotched with moldy, purple spots, Mister Grinch...
(Spoken:) Your soul is an appalling dumpheap overflowing with the most disgraceful assortment of deplorable rubbish imaginable, mangled up in
...Tangled-up knots.

You nauseate me, Mr. Grinch!
With a nauseous, super naus.
You’re a crooked jerkey jockey
And you drive a crooked hoss, Mr. Grinch!
(Spoken:) You’re a three-decker Sauerkraut and toadstool sandwich
...with arsenic sauce.

... is a Christmas carol originally composed in 1966 for the cartoon special How the Grinch Stole Christmas! The lyrics were written by Theodor "Dr. Seuss" Geisel and the music was composed by Albert Hague.

You know the lyrics and the choreography is no problem for show hoppers like you. Kenneth Berkel, Peter Nitsch and Rüdiger Ruppert add the swing ... Go for it! 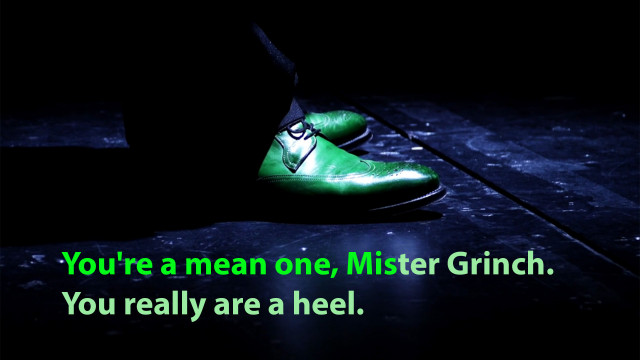