Is it individual rulers or entire societies who change the course of history? An essay on power and change to mark Verdi’s SIMON BOCCANEGRA – by Ante Jerkunica

The character I play, Fiesco, is a proud man, an upper-class patrician proud of his roots, of his family history and of his city, Genoa. The signs are that Simon Boccanegra, a commoner who has repelled a pirate invasion albeit being piratical in nature himself, is to be appointed Doge of the city. Not only that: Boccanegra is also desirous of marrying Fiesco’s daughter. This angers Fiesco, who locks Maria away, whereupon she dies. Verdi’s opera takes up the story at this point, and in my mind this crash course in the backstory is essential for people to appreciate the parallels to what’s going on today.

One of the core conflicts of Western society concerns the question of how much experimentation a society can tolerate and how quick we are to throw out the old in favour of the new. Boccanegra’s seizing of total power over city and daughter alike represents the experiment, whereas Fiesco stands for the old order. Yet Boccanegra is not just pushing for renewal and liberalisation in the interests of non-aristocratic classes; it’s also a simple, grubby struggle for power and influence. And I ask the same question in relation to our current culture wars: when the winds of change have swept existing structures away, do we have good alternative structures ready to replace them?

When Fiesco deprives his daughter of her freedom, he is clearly committing an act of violence. His way of wielding power has had its day and should be banned, I understand that. But sometimes the new, untried solutions are more dangerous than the system that they are designed to replace. That is the contradiction of so many revolutions and wars of liberation. 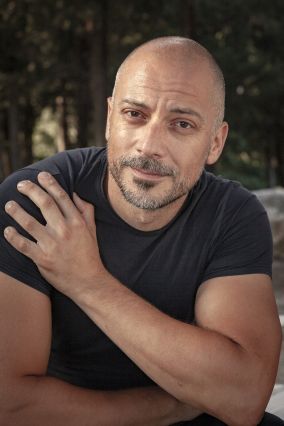 Time alters our view of the situation, including our view of this particular opera. At the time of writing the Russian invasion of Ukraine has been going on for a little over nine months. If we refract SIMON BOCCANEGRA through the prism of the war, another important question arises. Which people actually make history? Is it individuals taking lonely decisions which have direct consequences for war and peace? Or are they just the main players riding a groundswell? When a ruler like Putin tries to make his fantasies come true and sticks to his outdated principles no matter what, the destructive repercussions are plain to all. His psychology of power bears comparison to Fiesco’s. Boccanegra’s actions are those of someone who wants to bring calm and stability to the country, reduce the friction between social classes and make peace with Venice. But the question here, too, is: is he acting out of free will, or is he mirroring changes that are already happening across society?

Art is not a way to resolve this kind of issue, but artists can at least draw attention to it. I’ve been heavily influenced by my roots in the former Yugoslavia, in modern-day Croatia. I’m sure the events in the Balkans in the 1990s would have taken a different course if Slobodan Milošević had not been in power. Milošević was actually against uniting the former Yugoslavia. His attitude was: Serbia is wherever I am. It was always an expansionist approach, never integrationist. 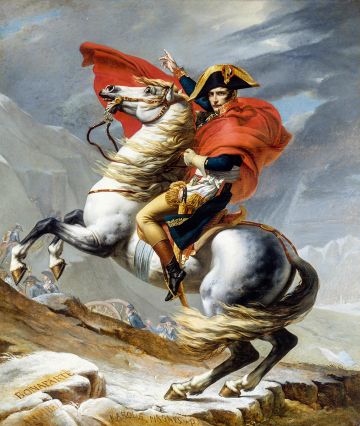 Once the most powerful man in Europe: Napoleon Bonaparte is considered the archetype of the autocrat of historical significance© incamerastock - Alamy Stock Photo

Fortunately, there are historical examples of overlords acceding to a growing social desire for change. The non-violent way in which Czechs and Slovaks formalised their own entities and the Germans handled their revolution in 1989 was always an indication to us that other people, too – in our case many people – are capable of changing the course of history.

We read a lot nowadays about social divisions. Someone like me, who has experienced how war can split a society so drastically that different groups spend decades not talking to each other, has a rather different perspective on this. As I see it, people are quick to see wide chasms where in reality it’s only an issue of critical expression. You can learn a lot from opera in this respect, which is why I like Berlin audiences so much, because they’re very demanding. I can’t wait to see what they think of our SIMON BOCCANEGRA.