Between Teheran, Paris and Berlin

NEGAR is the story of a woman, Shirin, who, after many years spent living in Paris, returns to Iran and realises that her home has changed. She falls in love with a man and a woman, and the love triangle has dramatic repercussions

How do we define ‘home’? Does ‘home’ refer to our place of origin or the place that we yearn to return to? Is it the place we remember or the place we are at the moment? And what happens if these questions get muddled up, if we return ‘home’ after years of exile? Does that home of yesteryear still exist? And more importantly: who do you become, when you’re caught between two cultures? Marie-Ève Signeyrole, author and director of NEGAR, a work of musical theatre, is acutely familiar with these questions. »I was born in Paris, my parents are Algerian and I spent part of my childhood in Algeria. My entire family is from there, which makes me more Algerian than French, yet I work in France and am known as a French director. I can’t remember a time when I wasn’t addressing the issue of roots.« 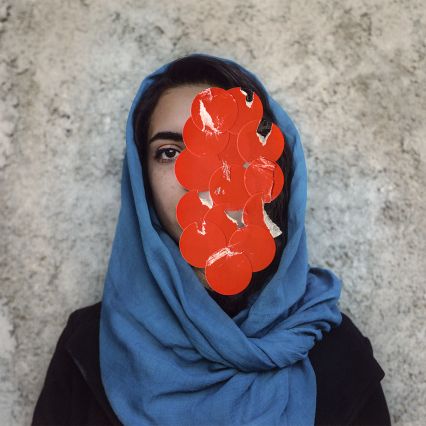 For NEGAR, she runs through what happens - not when a person carries these roots around as a vague notion or memory or a feeling in her heart, but when she sets out to bring her emotional home face-to-face with reality. NEGAR locates home not in Algeria but in Iran. »The feelings associated with being uprooted and then returning home are universal; they are not specific to a particular location. And anyway, I didn’t want to write about my own case. I wanted to capture a feeling that all people who are torn between two cultures share.«

In Signeyrole’s view, directors can sometimes convey ideas better if they put aside their own personal baggage and consider the characters from the perspective of an involved observer. One of the characters, Shirin, left Teheran as a seven-year-old girl after the Islamic Revolution, has made a life for herself in France and is now returning home in her late 30s. She’s hoping to revisit her impressions of the past: the smells, the taste of things, simple, sensory identifiers. Instead, she’s confronted with modern Iran, a complex country riddled with contradictions. Her guides in this venture are two childhood friends who stayed behind in the old country: Negar and her brother Aziz. The pair fall in love with Shirin – and the three of them embark on an audacious 3-way love affair.

Signeyrole cites the myth of Orpheus and Eurydice as the base text for her story »because of the love triangle but mostly because of the theme of looking back. Orpheus flouts the ban by turning round – and forfeits Eurydice as a result. Shirin looks back in time and likewise runs the risk of triggering a chain of events that are uncontrollable.« Not just for herself, but for Negar and Aziz, too. The return of their friend forces them to fully address their past and see their country through a new lens. 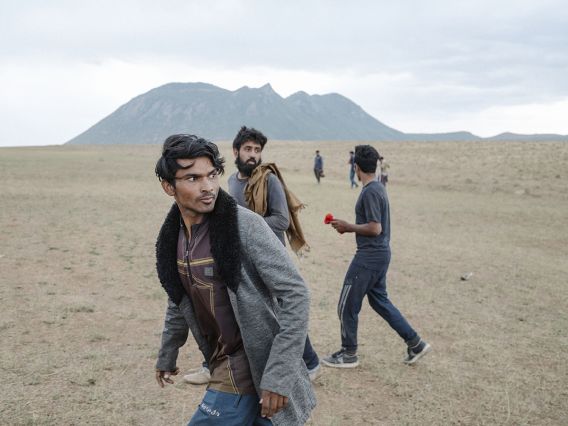 On the road to an uncertain future, somewhere between the old country and a new home over the horizon. Refugees on the Iranian-Turkish border  © Emin Ozmen / Magnum Photos / Agentur Focus

One insight in particular emerged from the many conversations and interviews conducted with young Teheran residents by Signeyrole and her co-author, the exiled Iranian Sonia Hossein-Pour: »I was surprised at how much was actually allowed. A lot of things are officially prohibited but unofficially tolerated if they’re done discreetly.« At least, that was how it was today in big cities and in arty and musical circles. In this work Negar sings in underground clubs, even though singing in public by women is strictly prohibited. She starts a lesbian affair with Shirin, despite homosexuality being a capital offence. Aziz attempts to capture these contradictions for a documentary, to hold up a mirror to his country. Both people strike a kind of negotiated balance with the boundaries, just as the director’s interviewees have been doing.

As a foreigner exploring other people’s history, Marie-Ève Signeyrole says she approached her subject with much humility and no preconceived ideas. She was not in the business of peddling clichés but rather wanted to show the layered complexity of the lives of these young people, who, for all their individual differences, have one thing in common: their love for their country. In attempting to create spaces for free expression, they have to strike deals with the authorities. »Negar resorts to ’fixed-term marriage’, an instrument introduced by the mullahs. A man and a woman enter into a state of temporary matrimony, for a minimum of one hour, simply in order to have legal sex.« Aside from the conversations conducted, Signeyrole drew inspiration from the aesthetic and atmosphere of Iranian films. »Iranian film makers have a wonderfully subtle way of putting things across without explicitly mentioning them by name. Talking around a subject speaks volumes.«

In her work the director makes a point of immersing herself in worlds which are not her own. Taking a quasi-journalistic tack, she enlists the help of other people to gain access to the culture, distilling the eye-witness accounts to something more universal. In her words, she believes in the power of fiction while being fully aware that her methods are fragile: »You have to tread carefully. You’re on a wobbly footing. I rely on what people tell me, and there’s always a chance that a person is telling me too much or too little. It’s a risk I have to take.«