NEGAR, first performance at the Tischlerei on 29 October 2022

Love and fear in a world of the dictatorship

NEGAR is about the fear of dictatorship, the consolation of music, a love triangle. The director Marie-Eve Signeyrole is writing the musical theatre piece together with the composer Keyvan Chemirani. 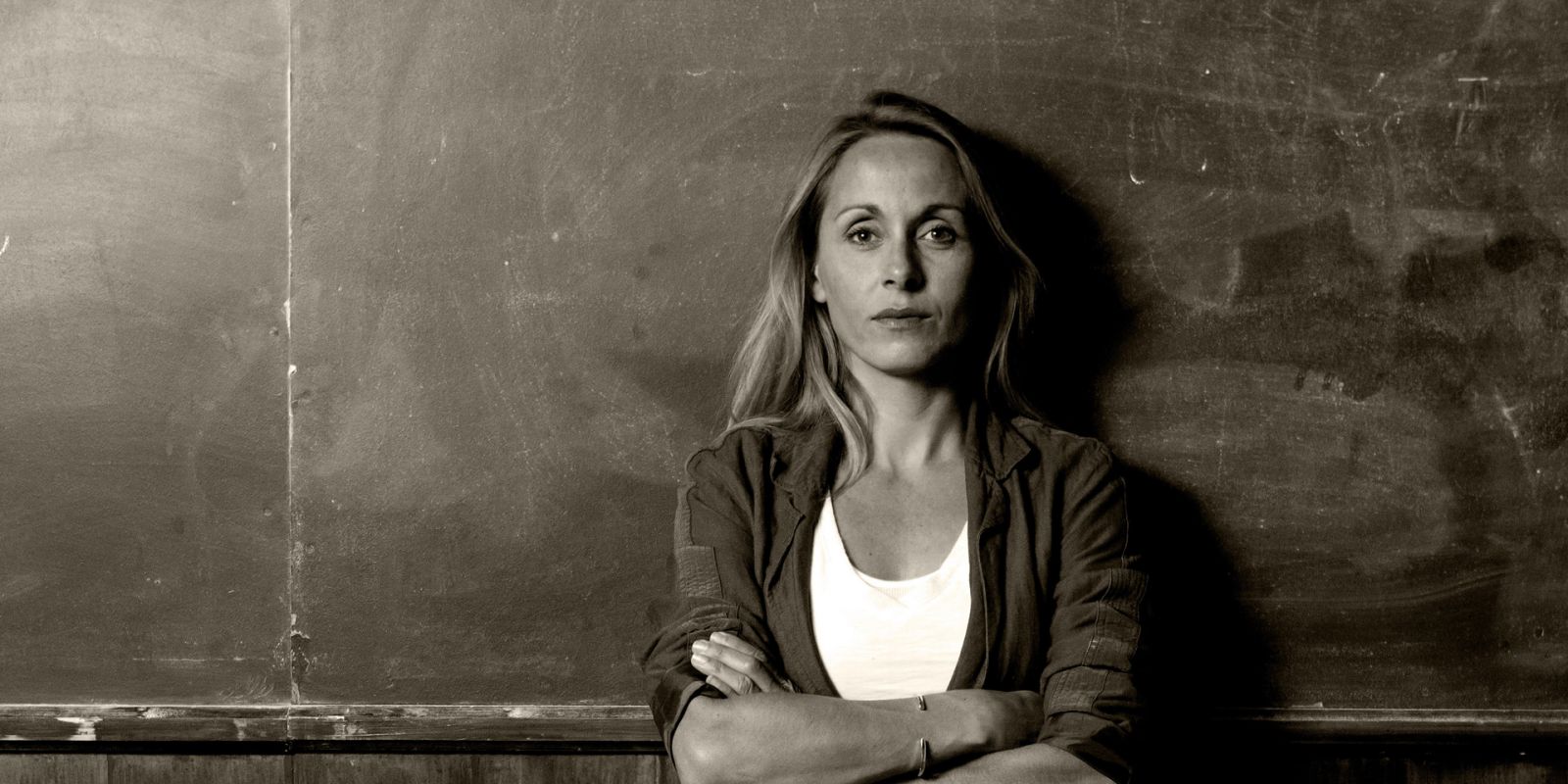 Marie-Eve Signeyrole is a film and theatre director. She has worked with Emir Kusturica and Christoph Marthaler, was artist-in-residence at the Montpellier Opera and has directed at numerous theatres in France and Germany. Her work straddles the border between documentary and fiction. She lives in Paris.

What is NEGAR about? Marie-Eve Signeyrole: It is about Iranian youth today, their wish for emancipation and freedom. Three figures share the spotlight: Shirin, who left Iran, her childhood friend Negar, who is trying to work in Tehran as a musician, even though that is forbidden to women, and her brother Aziz, a documentary filmmaker. When Shirin returns after many years, a love story develops between the three of them. You have chosen the myth of Orpheus and Eurydice as a point of departure. Why? Orpheus leads his wife from the underworld, but he is not allowed to look back, otherwise he loses her. It is about the question of what happens when you turn around and return to your past. How do you shape your identity in a place that is full of prohibitions? To what extent do you need others to become yourself? How well do you know Iran? I have never been there, but the team includes a lot of Iranians in exile, including Keyvan himself. We have spoken to young people who told us about life there. It is a kind of journalistic research; that is how I usually work, in a mix of documentary and fiction, even though the story itself is fiction. What did you find surprising? I had expected the country to be freer. For example, I had hoped to invite musicians from Iran to participate, but that is not possible if you want to discuss intimacy and sexuality. If you avoid that subject, you can do far more. Freedom is something that happens in hiding. Communication is fragile and full of innuendo. It was important to me to treat this sensitively. How would you describe your collaboration with Keyvan? His music builds bridges, it stands for exchange and openness. Keyvan has a special sensibility, a great antenna for emotions. I find it very beautiful to see how much he lives in his music and hears what I see. He has made the words in my head sing.

Keyvan Chemirani is a percussionist and composer. He studied mathematics before beginning his musical career. Together with his father and brother, he performs as the Trio Chemirani. He has performed with many jazz musicians, for example Omar Sosa and Albert Mangelsdorff, but is also active in early music. He lives in Paris. NEGAR is his first musical theatre work.

NEGAR is your first musical theatre work. How has it been? Keyvan Chemirani: It has been, and continues to be, exciting, but not because of the composing aspect or the change of genre. My background is in classical Persian music, which means percussion, and I have worked for many years with musicians from the jazz or baroque music scene. The challenge was writing for lyrical voices. That was completely new to me and motivated me very much. What does Persian music sound like? And your instrument, the tombak? Traditional Persian music is erudite, mystical music. It is nothing you might hear on the radio in a taxi. It has a certain rigour, is mathematical, but leaves room for improvisation. And the tombak is the classic percussion instrument. I learned to play it from my father when I was a child; he himself learned to play it in Iran, before emigrating to France in the 1960s. How would you describe your relationship with Iran? Basically I do not know the country very well. My father left Iran shortly before the revolution, so in a certain way I imagine a country which no longer exists. My relationship is mainly through music; I travelled there to play and am in regular contact with many musicians and contemporary poets. I am very interested in the rhythm of the language. What do you enjoy particularly about working with Marie-Eve? I am touched at how open-mindedly she approached this work. It is very difficult and painful to see how strong the prejudice against Iran is, and how little people try to examine reality. I am very grateful to her for showing a differentiated image of these young people.