Rave at the opera

At the Playground Festival, six bands show how playfully and openly jazz, techno, and pop can interact over the span of one evening. Tip: Risk of urge to dance – wear flat shoes

Komfortrauschen in the Kulissenmagazin of the Deutsche Oper Berlin. Their sound: Detroit techno played with rock instruments © Jonas Holthaus
back

When Berlin and nightlife are mentioned in the same sentence, it's usually about techno. About the rush, about dancing and celebrating. This is part of the city's stellar reputation. At the mini-festival Playground, guests can spend one evening learning what electronic music in Berlin sounds like outside of the club.

The Playground is made up of two locations that audiences at the Deutsche Oper Berlin rarely get to see. Three concerts are held in the Tischlerei in front of about 400 people, while another three (200 people each) are held in the Kulissenmagazin behind the main stage. Opera backdrops to the side, speakers are moved into the spacious concrete room so that the beat can really be heard. The play areas are connected by an inner courtyard. "The audience can come in and out as they please," says dramaturg Carolin Müller-Dohle, who put the evening together. These are still concerts, albeit without assigned seating. Yet it is not the type of concert that requires the viewers to be present the entire time. When the genres blur into each other, the people begin to move - be they standing, walking, sitting, grabbing drinks, or talking out in the yard.

The trio Komfortrauschen is rounding out the evening in the Kulissenmagazin with what sounds like traditional techno as it was invented in Chicago and Detroit, and as it became popular in Berlin and Frankfurt. However, there is one difference: Komfortrauschen plays everything manually - with guitar, bass, and drums, with looped effects. Their concerts are becoming frequently common in techno clubs like Sisyphos in Berlin. "When we play live we play mostly rave, and dancing is a part of that. It's especially nice when contexts intermingle, like classical concerts in techno clubs, or raves at the opera!" says drummer Tim Sarhan. It does not immediately sound like there are six hands playing the music, but when their tracks up the pressure, you begin to see the humans behind the machinery. This hard, hypnotic machine funk breathes with human interaction. Tim Sarhan says that they compose just like many other bands to: improvise first, then arrange together.

They look like a regular jazz trio, sound like a club. LBT show that improvisation is possible in techno  © Richard Stöhr

It is the other way around for LBT, the second techno trio of the evening. The acoustic sounds of piano, contrabass, and drums are still discernible. But LBT composes in the opposite direction, as bassist Maximilian Hirning explains: "I work at the computer like a techno producer, but then print out notes so we can practise." The jazz background comes to the fore when the musicians drive the repetitions of techno into fine, incessant changes, and even open parts that allow for solos. "We will never beat a computer in terms of perfection, but we can (still) in improvisation and energy," says Hirning.

Berlin DJ Katzenohr is playing between the bands in the Kulissenmagazin. Even though she is the performer with the most club experience, her set will slow the speed down about. When out on the dancefloor, sometimes it's best to take out the tempo so you can keep your eye on the horizon.

In the Tischlerei, the music seeks to approximate more structured song styles, entwined harmonies, advanced sounds. Saxophonist Ralph Heidel with a quintet with his warm, often electronic sound, synthesizer, drums, and - for the first time - violin and cello. But what is a stage if there is no platform keeping the band above the audience? 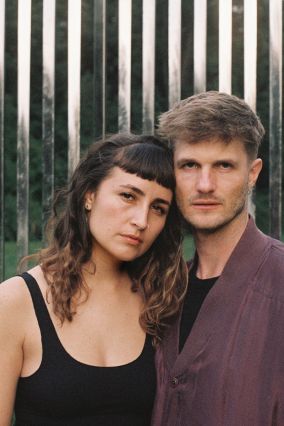 The duo Ameli Paul sometimes sounds like those hours at open-air festivals when the sun has risen and you're still hanging around a little longer. Or you crawl out half asleep from your tent, brew some coffee, bob your hip, and say softly, "Yeah." Singer Franziska Ameli Schuster, who sometimes gets to performing an aria, combines everything that makes up Playground: classical training, jazz studies, pop projects, followed by an opening into dance with Paul Valentin on synth and guitar. As Ameli Paul, they speak with one voice: "For us, it's important that we don't just perform where we're expected to, but also to experiment to see what opera in a club, or techno in the opera, feels like."

The evening in the Tischlerei is ending with jazz, but not in its traditional form - rather, as a "symbol of musical freedom" as Danish singer Mia Knop Jacobsen says. Her band, a trio with guitar and drums, is called Rosemarine. For them, jazz is a means for better expressing the things in her head. "I came from pop and soul when I made a late switch over to jazz studies so I could become a better crossover musician," says Jacobsen. 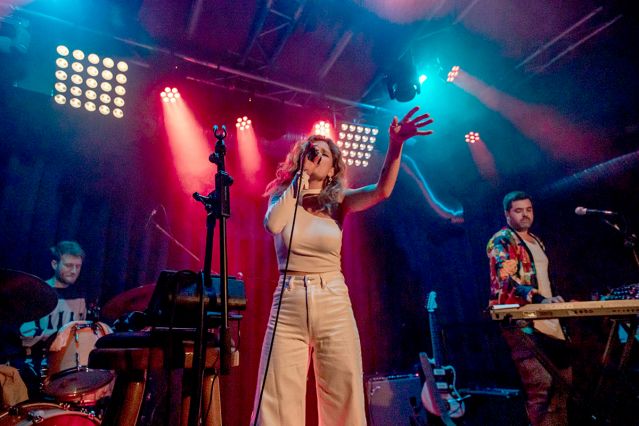 Traversing tradition to get to the present: This is the agenda that unites all six acts at Playground. Clubs know conventions, the opera, jazz, and the pop arenas. Playground wants to let them hover for a little while. Our bodies remain the destination. We can sit on the way home. 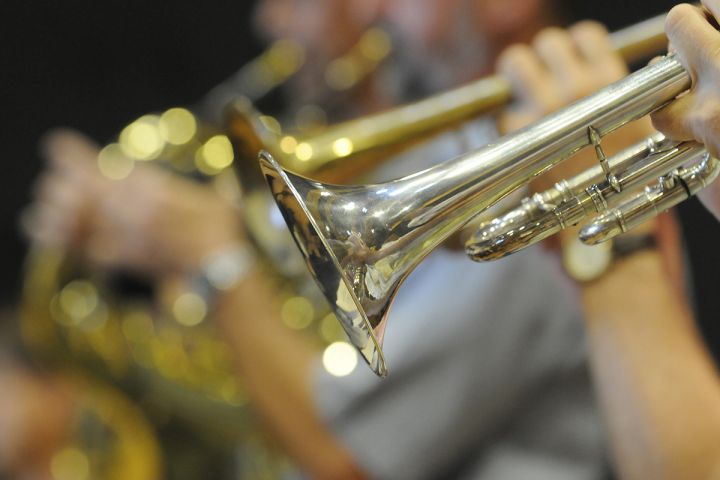