A place of serenity for my soul: Berlin, my stamping ground

When the baritone Thomas Lehman moved from the US to Berlin, he explored the city on foot – and he uses the same technique in preparing for his role in LES VÊPRES SICILIENNES 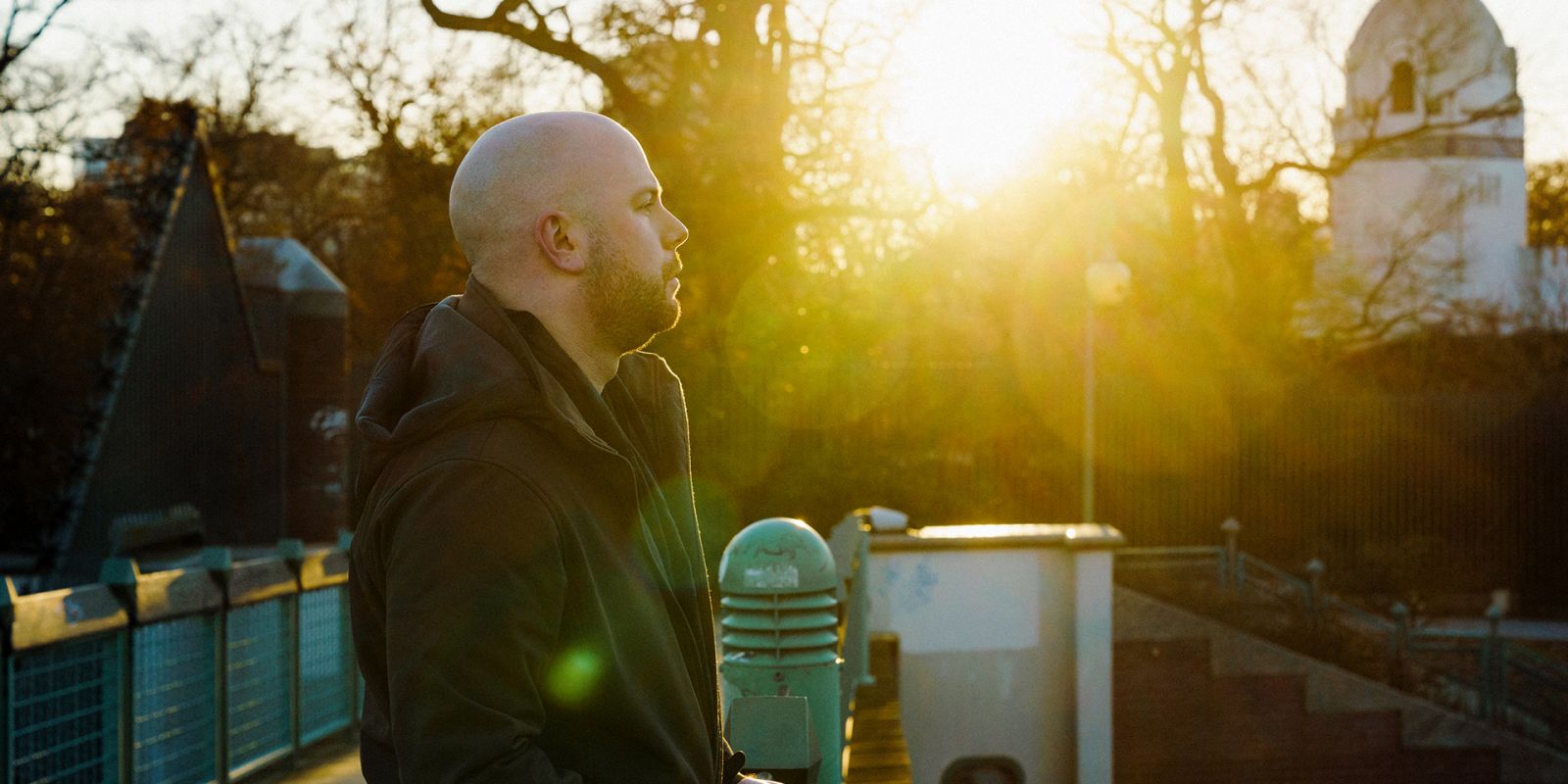 Berlin is the place where I feel most content, especially when I’m walking the streets. I’ve always liked going for a brisk stride, and when I arrived in Berlin from Miami seven years ago I reconnoitred the city on foot. I set off every time with a Google Maps itinerary, sometimes short, sometimes long, in an area I didn’t know. The routes usually took in a few sights and a restaurant.

When the pandemic arrived, my walks acquired a deeper significance. My daily round of rehearsals and performances dropped off overnight and my approach to walking changed. The walks became more regular and uniform. I wasn’t setting out to explore the town but to establish a routine. From my flat on Richard-Wagner-Strasse, near the Deutsche Oper Berlin, I would head for Charlottenburger Tor, which was my reference and jump-off point, and then choose a direction and head off through the Tiergarten. I’d be out for three or four hours a day. When business began to pick up again, I started to practise my singing while on the move. On my laptop I edit together some pieces of my role as an audio file and upload it to my phone along with the score – 10 to 15 minutes is my limit for one day, not more. While I’m walking, I play the track over and over again, going through it in my head in time to my pacing and occasionally glancing at the score. At some point I realised that I was matching the rhythm of my steps to the music. When I first took to using the Tiergarten as my practice room, we still had wintery temperatures, so there was often no one else around. Which is just as well, because I could go about muttering to myself without being taken for an idiot. Since then, I’ve sorted out entire roles in my head while stomping through the park. 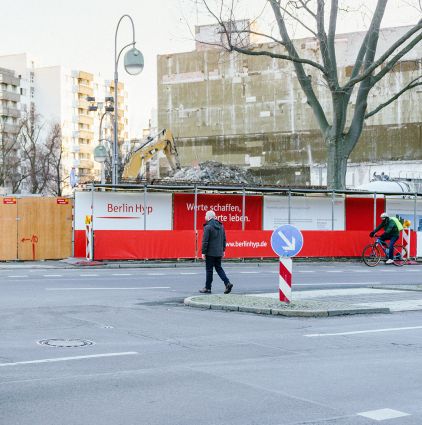 As soon as Thomas Lehman steps out of his door, he puts his headphones on. Walking the streets and parks of the city is a meditative pastime for him © Max Zerrahn

There are scientific studies that show that people are able to recollect stuff better if they learned it when their bodies were in motion. That’s definitely the way with me: I’m the auditory, kinaesthetic type; a lot of my clearest memories are linked to sounds and movement. I wasn’t the kind of kid who was having piano lessons at the age of three; my big formative moment came when I was at high school in Pennsylvania, playing bass trombone in the marching band. We rehearsed every day and, although I didn’t know it at the time, playing in a marching band works the same way as when I’m walking and singing. You’re walking in time to the music and training a different kind of memory: muscle memory. So, in a way my walks in the park are a throw-back to my early experience of music.

For many people, going for a walk means taking time out, escaping the din of the daily grind, becoming one with one’s environment. It’s different for me because I never had an emotional thing going on with the beauty of silence. You can see that as a sickness of my generation, but I’ve always been happy going to sleep with the telly still on. I remember how nice it felt lying in bed and listening to the muffled sound of my parents’ tv downstairs, or of oil sizzling in the frying pan. Maybe it’s the relaxing feeling I get from a familiar noise that’s the reason why I still put my headphones on and immerse myself in music or a podcast as soon as I leave the house. It’s not that I want to shut out the beauty of the world around me, but I do like to stay in my interior world when I’m out walking. And it’s a good thing you can switch off the noise-cancelling function on modern headphones, because I’m sometimes lost in thought and in danger of stepping into the traffic unawares.. 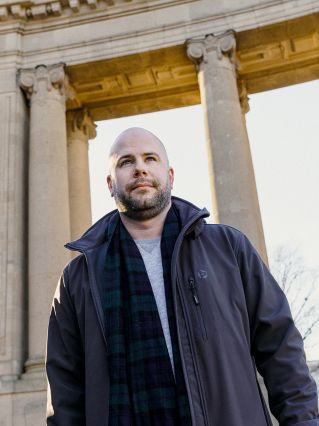 Since the pandemic took hold, Lehman has been practising his roles to the rhythm of his walking. His starting point: Charlottenburger Tor © Max Zerrahn

Right now, on my walks in the Tiergarten, I’m going through in my mind my role as Guy de Montfort in LES VÊPRES SICILIENNES. It’s a very complex and layered part to sing, musically and text-wise. Verdi had a very idiosyncratic way of writing for baritones. A ‘Verdi baritone’ has to be able to sing at a higher pitch for long stretches. Then there’s de Montfort himself, man of the world, middle-aged father, unscrupulous ruler: And I, a childless man in his mid-30s, have got to find a key into his character. It’s quite an ask!