Of bears, humans and intermediates

She is an anthropologist doing fieldwork in Siberia when she meets a bear in the wilderness, and her life changes forever. The animal bites Nastassja Martin in the face; she rams an ice pick into its side, surviving despite being severely wounded, almost as if by miracle. Martin calls the event her second birth: she now considers herself half human, half bear – their souls having merged. That is the story of her autobiographical novel »In the Eye of the Wild«.

The director Franziska Angerer takes this story as the point of departure for a musical theatre work. Angerer was also inspired by an anecdote about Berlin’s heraldic animal, the Berlin Bear. The director encountered the little-known story of the bear kennel – in the middle of the city, three bears were held for decades in a space far too small for them; supposedly they symbolized the city’s heraldic animals. The bizarre custom only ended in 2015. »The fact that these living heraldic animals were domesticated and locked up is an aggressive gesture. It is humanity’s attempt to cultivate nature,« says Angerer.

But is a cultivated animal even an animal at all? Especially when it is only meant to enliven a symbol, acting as an animated illustration, so to speak? Where does the animal end? Where does the human begin? These are questions posed by this evening, which Angerer has devised together with the composer Arne Gieshoff. It is about identity, power, the assignment of roles. Consequently, Angerer uses the gender asterisk in the title as an extension: it is her intention to also include animals within its scope.

The music reflects this merging as well. »When various styles collide, for example, there might be a clash, but they also might form a perfect union,« says Angerer. Just like the encounter of humans and animals. 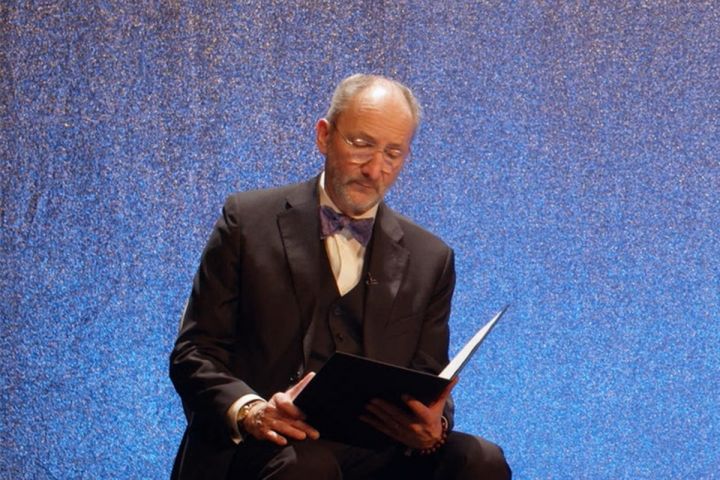 Advent Calendar in the Foyer: The 1st Door

Today in the Foyer: "The Snow Queen
A reading with Dietmar Schwarz and Katharina Schrade
5 p.m. / Rank foyer on the right
Duration: approx. 25 minutes / free admission

Little Gerda sets out to find her best friend Kay, who has changed completely from one day to the next and then disappeared. In the end, with the help of crow and reindeer, she finds her way to the cold north of Lapland and, with the true power of friendship - laughter - is able to free her Kay from the clutches of the Snow Queen. Intendant Dietmar Schwarz reads from Hans Christian Andersen's touching and world-famous fairy tale THE SNOW QUEEN. A must for everyone who loves fairy tales!