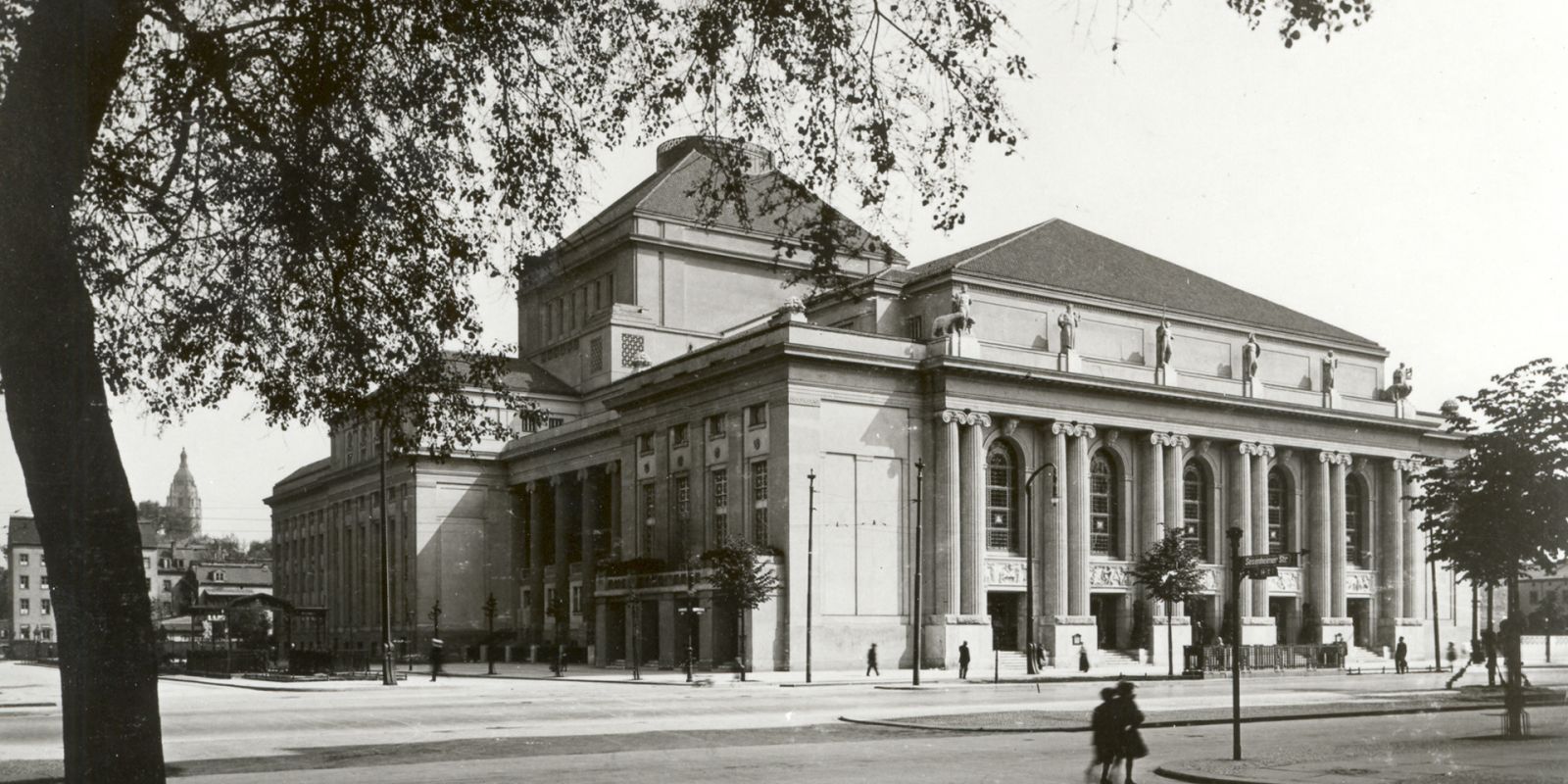 The story begins with a minor cultural revolution. Over a hundred years ago the founders of the Deutsche Oper Berlin agitated for the establishment of an institution providing innovative musical theatre for the middle classes. The decades that followed were marked by glorious highs and devastating lows and saw international triumphs, gramophone recordings, war and destruction and then a bold new building in the same year that the Wall went up. What all the generations have in common is a love of music. 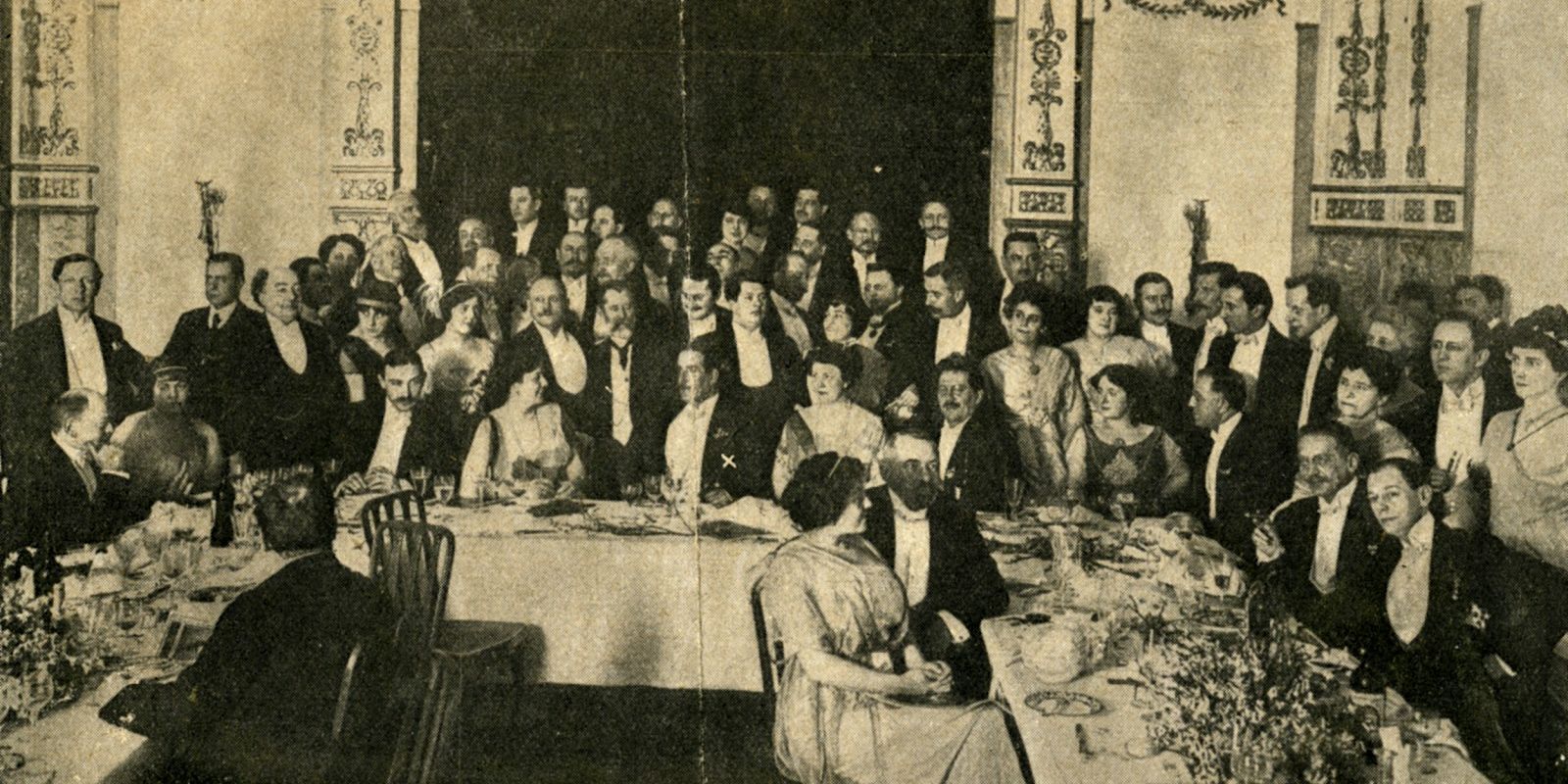 In the run-up to the First World War there are stirrings of unrest amongst Berlin’s opera fans. The Unter den Linden opera house, then called the Hofoper (Court Opera), is seen as one of the fossilised settings for imperial representation. Many music lovers are hankering for progressive, more unconventional productions. Intellectuals and affluent citizens get together in Charlottenburg, then a town in its own right, and found the Deutsches Opernhaus. Within a year the Berlin authorities have erected a building - on a spot that in 1961 will serve as footprint for the reincarnated Deutsche Oper Berlin. The original building is the one of the largest in the world at the time, admitting up to 2,300 people.

Expectations are high. The recruitment bureau of the Deutscher Musikerverband is charged with the task of selecting 75 musicians from the 1,000 applying for a position in the orchestra. On 7th November 1912 Principal Conductor Ignatz Waghalter opens the Deutsches Opernhaus with a performance of FIDELIO. A brilliant violinist and pianist, Waghalter is an adherent of Giacomo Puccini, whose works are experiencing a slump among German audiences. Waghalter changes that, teaming up with the composer himself to rehearse THE GIRL OF THE GOLDEN WEST, which receives its German premiere to great acclaim. Other areas of focus for the new opera house are works by Richard Strauss, another living composer, and the musical dramas of Richard Wagner. 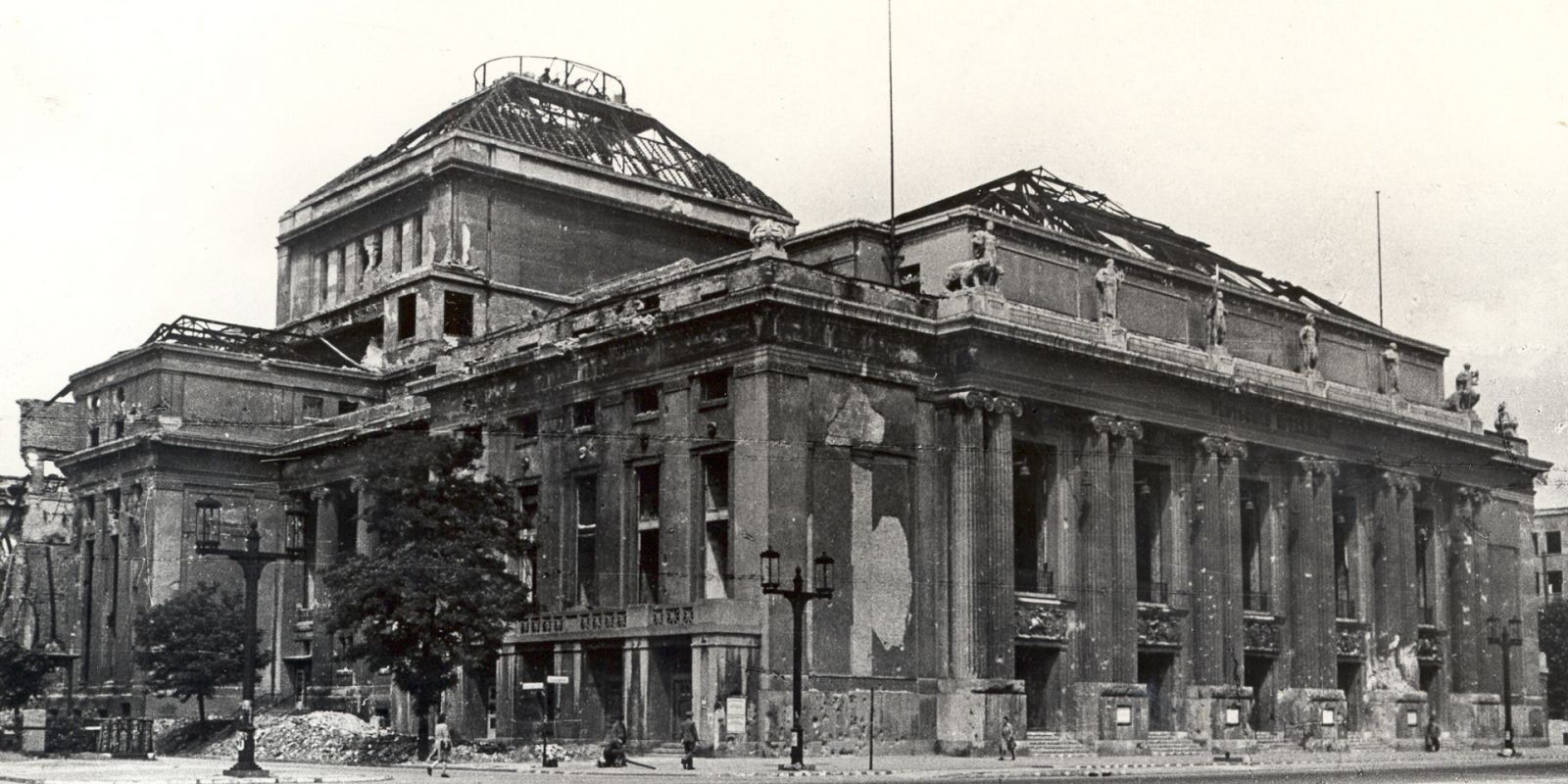 In the aftermath of the First World War the orchestra members begin to press for a new start and launch their Sunday matinée “Folk Symphony Concerts in the Deutsches Opernhaus in Charlottenburg”. They also pay for the construction of a wooden bandshell, which improves the acoustics. In 1920 Charlottenburg is incorporated into Greater Berlin, the enlarged Imperial capital, and the opera house changes its name to Städtische Oper. Waghalter works with Kapellmeister Eduard Mörike to make the opera’s first gramophone recordings. Conductors of the likes of Bruno Walter, Paul Dessau, Wilhelm Furtwängler, Leo Blech and Fritz Busch are hired. At the end of the 1920s Berlin is known far and wide for its three opera houses: the Staatsoper Unter den Linden, Komische Oper and Städtische Oper.

In 1934, during the administration of General Music Director Artur Rother, Karl Böhm appears as guest conductor at the Charlottenburger Oper for the first time, marking the start of a fifty-year relationship with the house. His signature performances of Mozart’s operas have influenced generations of composers.

In 1943 the Deutsches Opernhaus succumbs to aerial bombardment. In the autumn of 1945 the orchestra decamps to the Theater des Westens, which still occupies its original site at Bahnhof Zoo. In 1948 the orchestra and Ferenc Fricsay can be found rehearsing Verdi’s DON CARLOS. The new General Director Fricsay is not only a popular figure among the orchestra members; Dietrich Fischer-Dieskau, too, considers DON CARLOS a break from the past: Fischer-Dieskau’s international career begins with his turn as the Marquis de Posa. 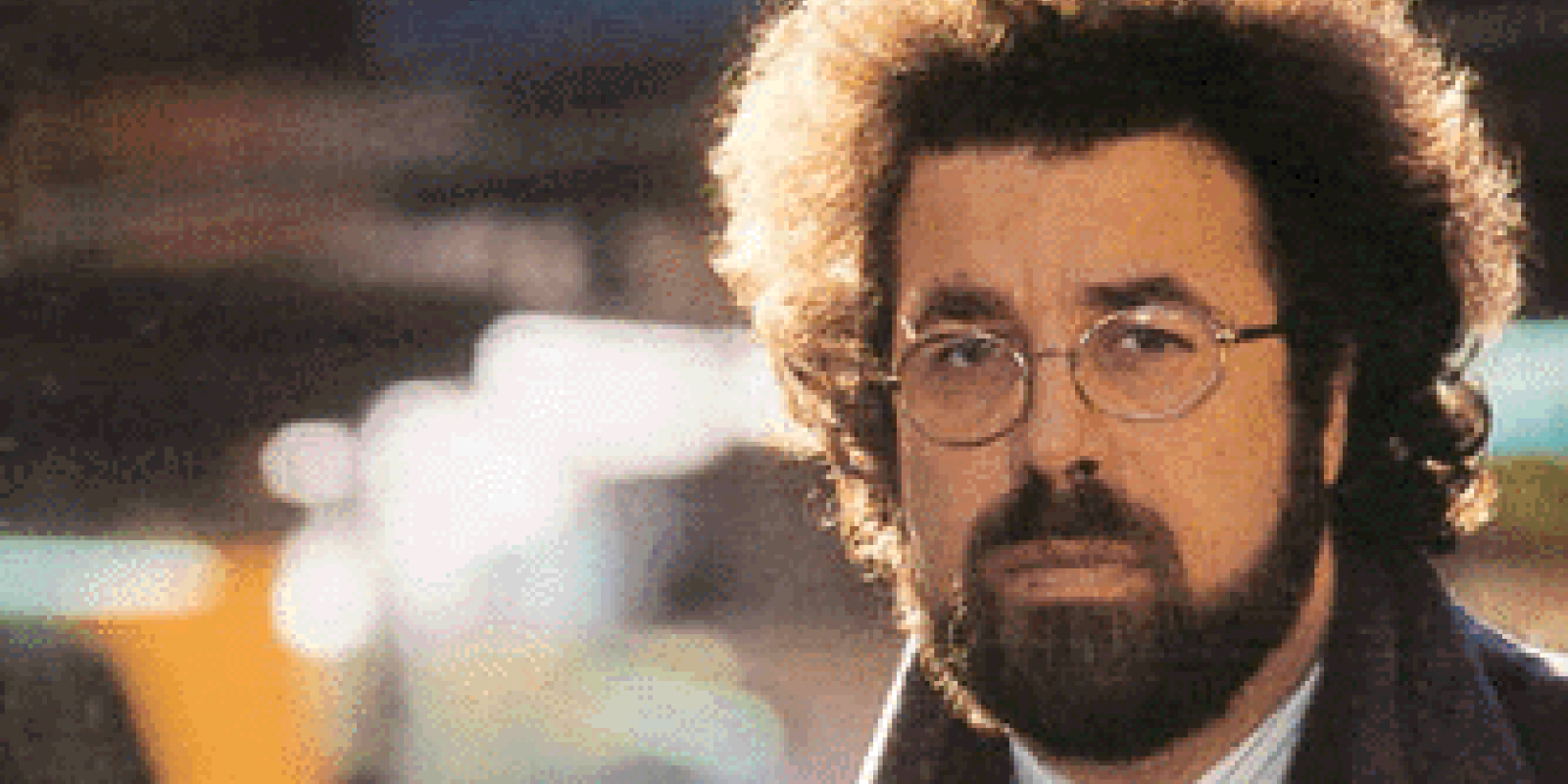 1961 sees completion of the new opera house with its much talked-about concrete facade at Bismarckstraße 34-37. The orchestra returns to the original site and to a house now offering seating for 1,865 people. On 24th September, a few weeks after the building of the Berlin Wall, it takes part in the first opera performance, Mozart’s DON GIOVANNI.

And as the Staatsoper Unter den Linden and Komische Oper are now located in the eastern part of the city, the Charlottenburg institution finds itself in the role of figurehead opera stage for the State of Berlin. A change of name to ‘Deutsche Oper Berlin’ is not long in coming.

The arrival of General Music Director Lorin Maazel in 1965 represents a new shot in the arm for the opera house. As guest conductors, Karl Böhm, Heinrich Hollreiser and Eugen Jochum deepen their involvement with the Deutsche Oper Berlin. They join the likes of Herbert von Karajan, Zubin Mehta, Daniel Barenboim, Peter Schneider, Horst Stein and Erich Leinsdorf in leaving their imprint on the Bismarckstraße institution.

Next to head the orchestra is Giuseppe Sinopoli, who goes down a storm amongst the musicians with his version of Verdi’s MACBETH in 1980. Sinopoli is a wizard of sound, able to conjure extraordinary tension from tiny nuances. The musicians like him and the chemistry is positive from the start, as evinced in the CD recordings of MACBETH, SALOME and THE FLYING DUTCHMAN. Tragic that his life had to end far too early on 20 April 2001, during an AIDA performance in the orchestra pit of the Deutsche Oper Berlin after a heart attack. 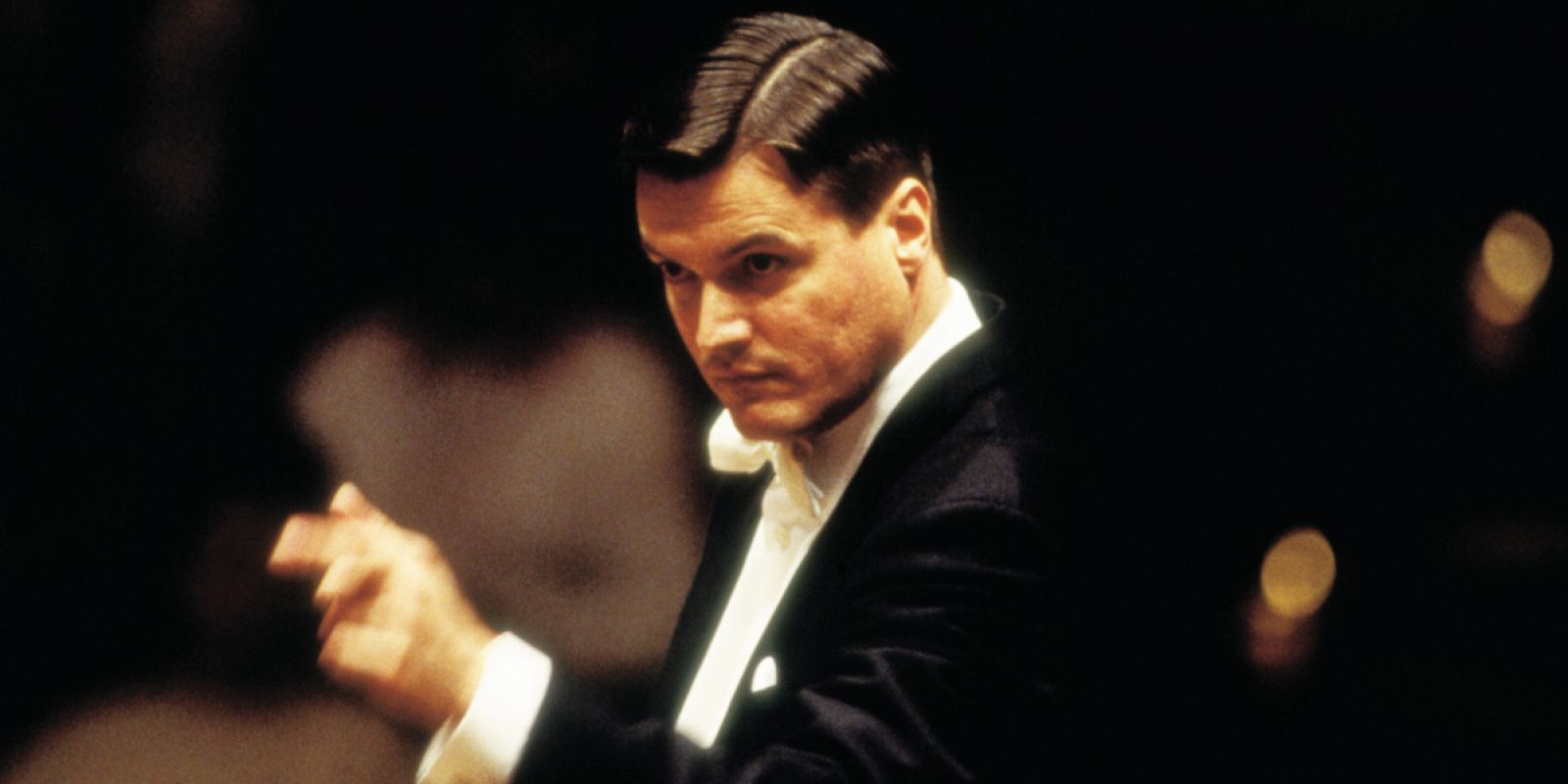 The years between 1981 and 2000 belong largely to Prof. Götz Friedrich. As Artistic Director and Director of Music he is behind a number of memorable productions, first and foremost the RING OF THE NIBELUNG. In 1990 Friedrich’s contractual negotiations with the popular Giuseppe Sinopoli break down and the orchestra selects as its Principal Conductor Rafael Frühbeck de Burgos, a conductor known for his concert work, who holds the post of General Music Director from 1992 to 1997.

It is Frühbeck de Burgos who leads the musicians in nurturing the symphony-concert tradition. In the 1990s the orchestra performs six symphony concerts as a guest of the Konzerthaus Berlin and the Berliner Philharmonie. During his administration a string of guest conductors are brought in to enhance and uphold the quality of the orchestra. They include Marcello Viotti, Alberto Zedda, Lothar Zagrosek, Stefan Soltesz, Jiri Belohlavek, Lawrence Foster and Christof Prick, who also spent a number of years at the Deutsche Oper Berlin as State Kapellmeister. Horst Stein conducts a triumphant RING.

1992 is the year of a remarkable debut, with Berlin conductor Christian Thielemann delivering a first-time production of LOHENGRIN, memories of which lingered on, with the musicians rooting for him as their head.

From 1997 to 2004 Thielemann is General Music Director of the Deutsche Oper Berlin and artistic director of symphony concerts. With him at the stand the orchestra turns out world-class opera and concert performances, with Thielemann’s interpretations of Richard Wagner and Richard Strauss garnering special praise, the same two composers whose works – doubtless no coincidence - had delighted audiences at the newly founded Charlottenburger Oper almost a century earlier. Opera fans converge on the Deutsche Oper Berlin from around the globe to witness performances conducted by Thielemann. In 2004 he resigns in protest at the unequal treatment of the orchestra of the Deutsche Oper Berlin compared to conditions prevailing at the Staatskapelle Berlin. 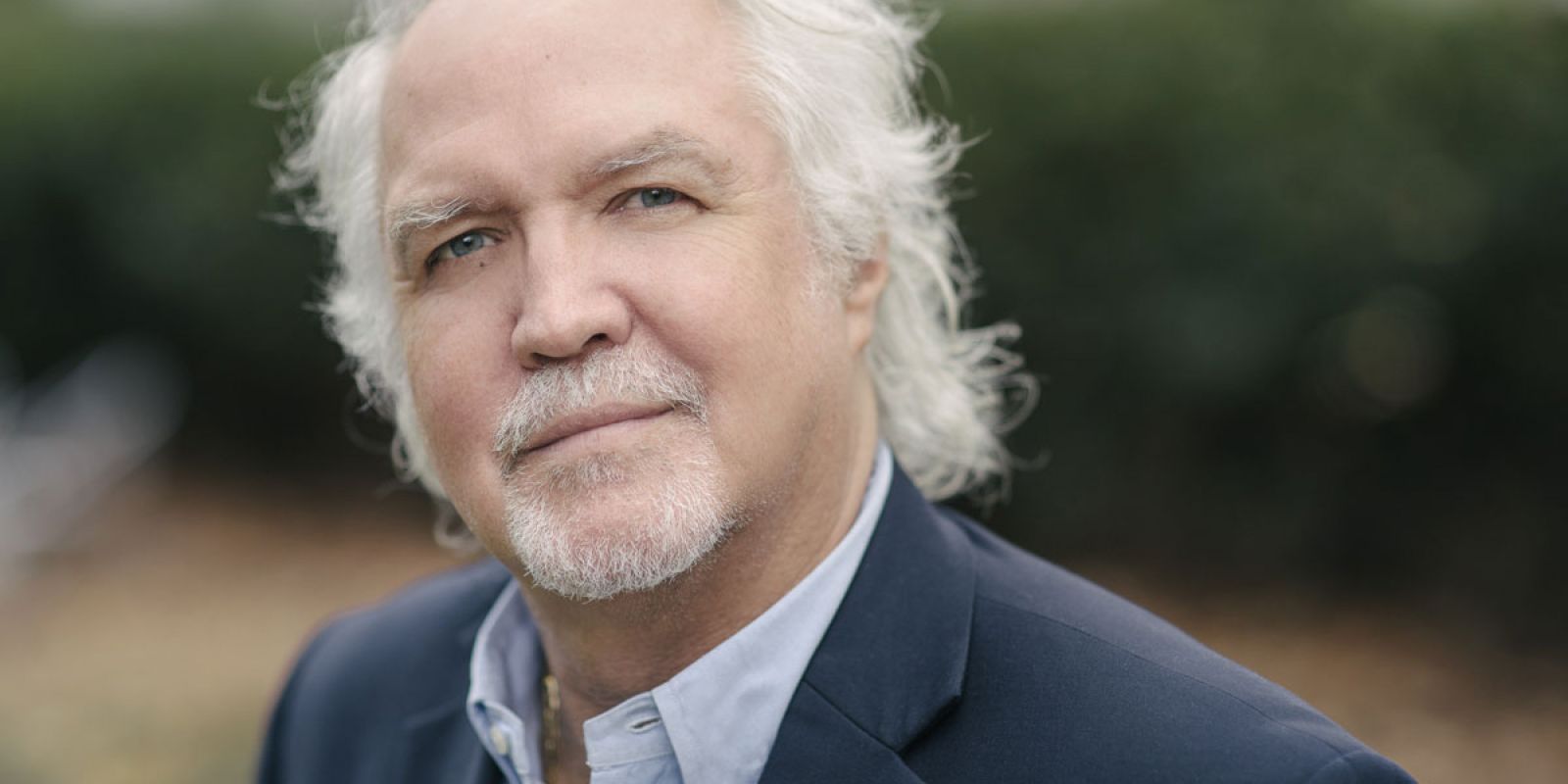 Kirsten Harms, Artistic Director of the Deutsche Oper Berlin from 2004 to 2010/2011, starts off by hiring the Italian conductor Renato Palumbo as General Music Director. During his incumbency the orchestra works closely with Andris Nelsons, Enrique Mazzola, Yves Abel, Jacques Lacombe and Ulf Schirmer, triumphing on many an occasion. In 2007, in a revival of Götz Friedrich’s legendary production of the RING, the orchestra and Donald Runnicles meet for the first time – a positive experience for musicians, audiences and critics alike.

Runnicles appears to be able to coax magic from the musicians. He brings a wealth of experience to the job and has triumphed at the world’s leading opera houses. He built an international reputation for the San Francisco Opera, tackling a wide range of works as Principal Conductor. In 2009 he was appointed General Music Director of the Deutsche Oper Berlin at the behest of the orchestra. The core repertory works remain the operas of Wagner and Strauss, with Runnicles and the orchestra aiming to explore new approaches to the works of Debussy, Britten and Berlioz. Runnicles’s continuity, his meticulousness in rehearsals and performances and an ability to inspire “his” orchestra to feats of musical nuance and colour are the audiences’ guarantee that the superb quality of the orchestra of the Deutsche Oper Berlin is set to continue and even improve.