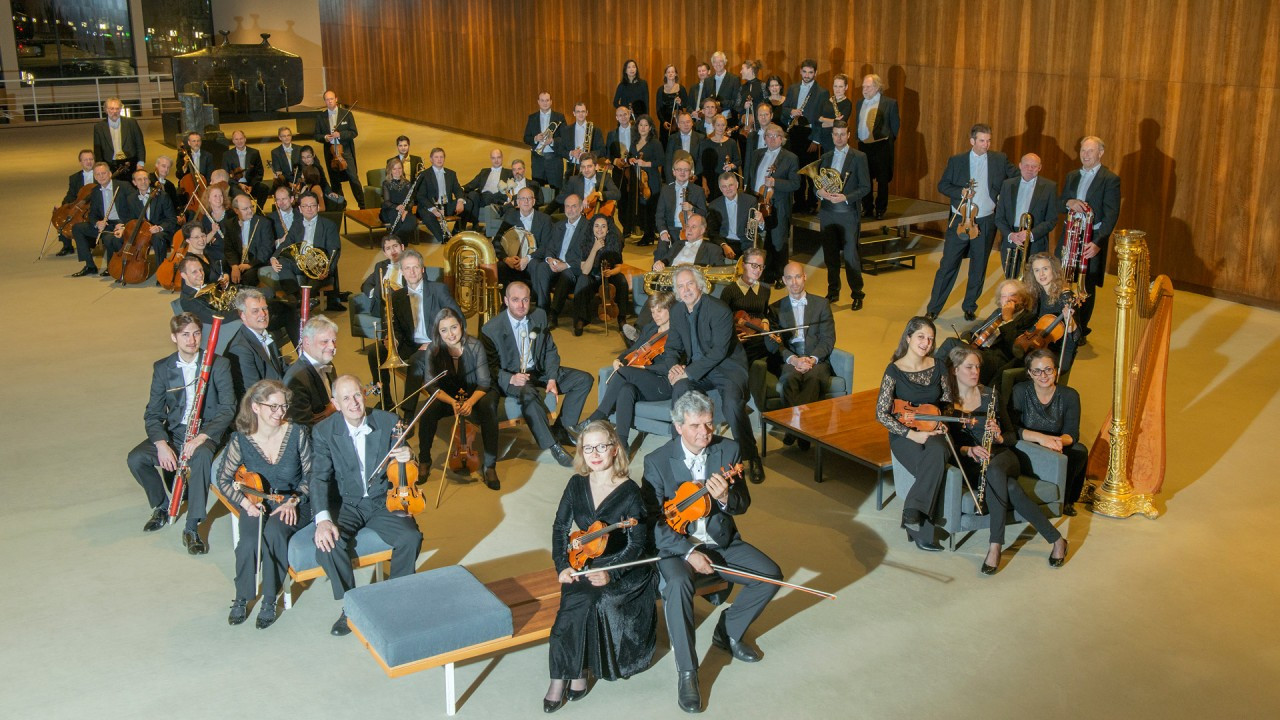 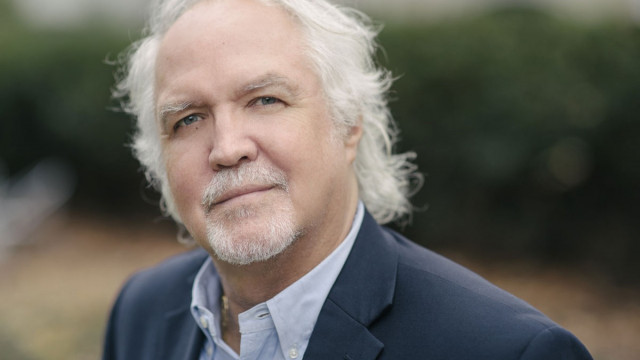 Runnicles studied in Edinburgh and Cambridge but began his career in Germany, working at a variety of posts that included general music director in Freiburg. His 1988 debut in the USA, when he took over the baton of a production of LULU at the New York Met at very short notice, was a sensation. Two years later he was officiating for DER RING DES NIBELUNGEN at the San Francisco Opera, which led to his installation there as Music Director, a position he held from 1992 to 2009. During his time in San Francisco he conducted over 60 productions, among them world premieres of Adams’s DOCTOR ATOMIC, Susa’s THE DANGEROUS LIAISONS and Wallace’s HARVEY MILK.

He is a regular guest at leading opera houses of international repute and is widely considered one of the world’s major conductors of both symphonies and opera. He has conducted at the festivals of Bayreuth, Glyndebourne and Salzburg, at the Metropolitan Opera New York, the Opéra National de Paris, La Scala in Milan, the Staatsoper Unter den Linden, the Oper Köln, the Bayerische Staatsoper in Munich, the Hamburgische Staatsoper, the Königliche Oper in Copenhagen, the Oper Zürich and the Netherlands Opera. He maintains particularly strong links to the Wiener Staatsoper, where he conducts DER RING DES NIBELUNGEN on a regular basis. His other Vienna premieres have been LADY MACBETH OF THE MTSENSK DISTRICT, PARSIFAL, BILLY BUDD and DIE TOTE STADT at the Wiener Staatsoper and THE FIERY ANGEL and DEATH IN VENICE at the Theater an der Wien.

Parallel to his activities as a conductor, Donald Runnicles is also a sought-after pianist and appears in chamber concerts and as an accompanist.

For services to music Donald Runnicles has been awarded honorary doctorates by Edinburgh University, the San Francisco Conservatory of Music and the Royal Scottish Academy of Music and Drama and is a holder of the Royal Medal of the Royal Society of Edinburgh. In 2004 Queen Elizabeth II appointed him to the Order of the British Empire (OBE).

The Orchestra of the Deutsche Oper Berlin

2012 marked the 100th anniversary of the Deutsche Oper Berlin and with it the opera house’s renowned orchestra. The remarkable history of this orchestra is closely linked to the city’s own tale. When a group of Berliners founded their own opera over a century ago - a house that, dispensing with private boxes and offering unimpeded views of the stage regardless of seat position, was the embodiment of a “democratic” ideal - their act was tantamount to a minor revolution. In the 1920s famous personages such as Wilhelm Furtwängler and Bruno Walter were regular guest conductors at the Deutsche Oper Berlin and the first gramophone recordings date back to that period. The opera house fell victim to aerial bombardment in the Second World War and the company spent many years performing at substitute venues before the opera house reopened in 1961 in the Bismarckstraße, its current premises. Since then the Deutsche Oper Berlin has not only been the city’s largest opera venue, with 1860 seats, outstanding acoustics and excellent overall views of the stage, but has also enjoyed a reputation as one of the prime addresses for world opera.

A sparkling array of conductors has graced the orchestra podium, either as guests or as principle conductors. They range from Lorin Maazel and Herbert von Karajan to Giuseppe Sinopoli and Christian Thielemann, the latter serving as General Music Director from 1997 to 2004. Since 2009 the Orchestra of the Deutsche Oper Berlin has had a principal conductor of international standing in the form of Donald Runnicles. The great relationship between the orchestra and Runnicles is set to continue until 2018 following the early renewal of his contract.

One of the key areas of focus of the Deutsche Oper Berlin concerns the works of Richard Wagner and Richard Strauss. The orchestra’s Wagner tradition has resulted in many of its musicians performing as members of the Bayreuth Festival Orchestra. Another major characteristic of the orchestra is its ongoing interest in contemporary music. Numerous composers have worked closely with the orchestra. The most recent example is Helmut Lachenmann, who collaborated intensively in the run-up to performances of his opera, DAS MÄDCHEN MIT DEN SCHWEFELHÖLZERN. In the autumn of 2017 the opera house hosted the premiere of L’INVISIBLE, the fruit of its latest collaboration with Aribert Reimann, who has an extensive record of premieres performed by the orchestra of the Deutsche Oper Berlin. Preparations for the new opera by Detlev Glanert, OCEANE, are scheduled for the 2018/19 season.

Aside from its opera productions the orchestra of the Deutsche Oper Berlin presents leading soloists in its regular symphony concerts both in the Bismarckstraße and at the Berlin Philharmonie. Parallel to this main fare the programme is peppered with concerts performed by a variety of ensembles comprising members of the orchestra – from string quartets to big-band ensembles. The orchestra’s discography extends to almost 200 titles, including numerous outstanding recordings. In its most recent venture into the recording studio the orchestra of the Deutsche Oper Berlin provided the accompaniment for tenor Jonas Kaufmann in a Wagner recital. The CD resulted in a shower of awards, including the “Echo Klassik” prize for Jonas Kaufmann. The DVD of Leoš Janáček’s JENUFA, featuring the orchestra and chorus of the Deutsche Oper Berlin under the baton of Donald Runnicles, was nominated in 2015 for the “Best Opera Recording” Grammy. The recording of Aribert Reimann’s L’INVISIBLE will be followed by Erich Wolfgang Korngold’s DAS WUNDER DER HELIANE [HELIANE’S MIRACLE]. 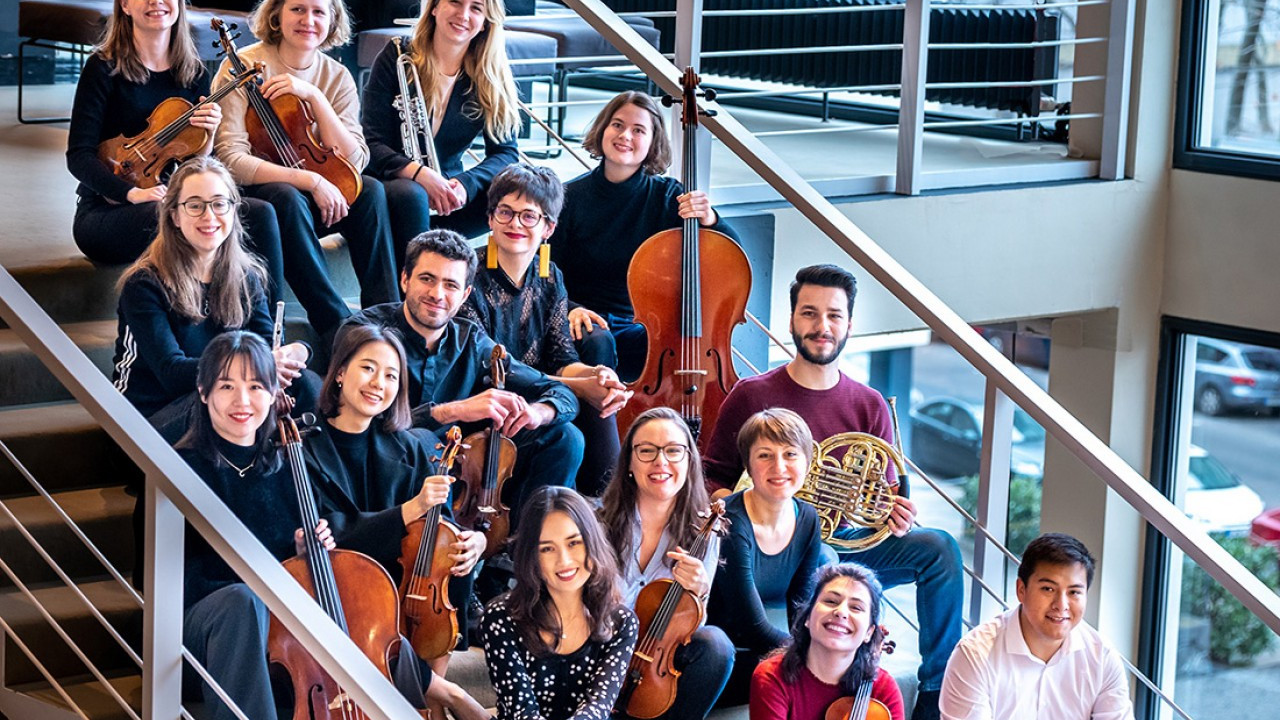 Back in the 1983/1984 season, when Götz Friedrich and the board of the Deutsche Oper Berlin orchestra had the idea of training young prospective members of the orchestra in an academy, the practice of using an operatic orchestra to foster talent was quite new.

Young musicians who are currently receiving college training that is of high quality but usually geared to the soloist’s repertoire are given the chance, in the Deutsche Oper Berlin orchestra, to learn the key works of the opera’s repertoire and experience the daily life of a professional at first hand. In one-to-one instruction and in group orchestra work they are monitored and assisted by tutors, mostly by the orchestra concertmasters and principals. The trainees are able to take part in rehearsals, concerts and opera performances if they have become fully familiar with the works with their tutors beforehand.

Much attention is also paid to the nurturing of chamber music, which is why Academy trainees are given their own chamber concert slot in the chamber music schedule within any given season’s programme. Each new year sees gifted young students from German music colleges auditioning for a place in the Orchestra Academy of the Deutsche Oper Berlin. Only a few are accepted.

Training usually last a year and is partly funded by a grant. An important element of the programme is devoted to preparing trainees for the process of auditioning for a future place on an orchestra. For this reason, since the 2011/12 season the Orchestra Academy of the Deutsche Oper Berlin has also been offering special audition coaching and mock auditions.

And the young trainees are not the only people to benefit from this extraordinary tutoring; the Orchestra itself benefits. This is because beyond a level of instrumental proficiency and a high degree of musicality the budding professionals must also show that they have an idea of sound and tonality that gels with this orchestra and justifies their induction into it. This allows gifted individuals to be developed at the Academy into professionals who can perpetuate the tonal tradition of the orchestra of the Deutsche Oper Berlin. Around a fifth of current orchestra members are former trainees at the Orchestra Academy.

In the 2019/2020 season the Deutsche Oper Berlin welcomed the following trainees to the Orchestra Academy:

Trainees must attend 10 times per month. The monthly allowance is currently set at € 900.00. Auditions for the Academy normally take place in May and June.

Applications should be made in writing to: Stiftung Oper in Berlin, Deutsche Oper Berlin / Orchesterdirektion, Postfach 100280, 10562 Berlin.

For information on the Academy please contact: Kaja Beringer (Orchestra Board)